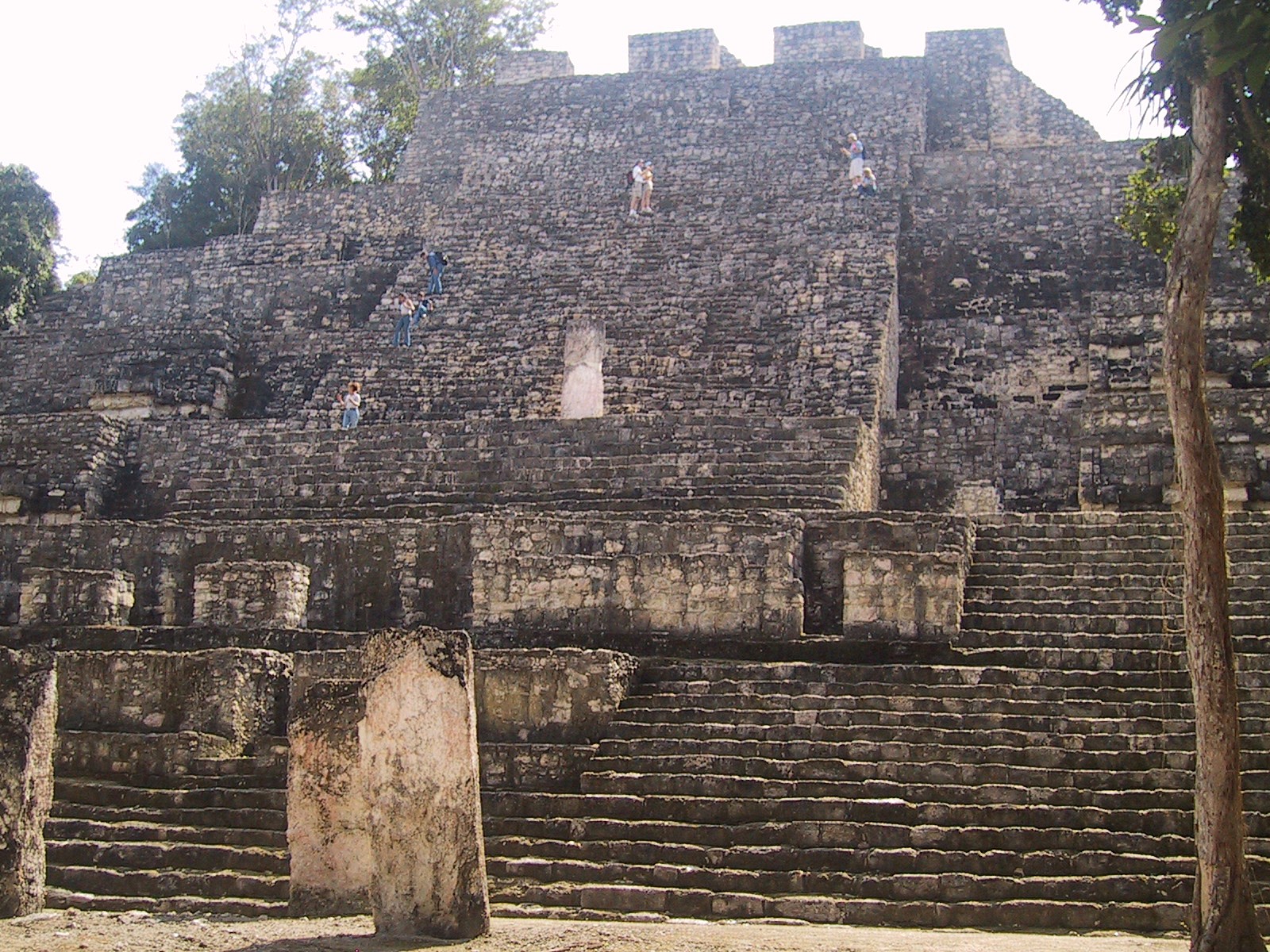 Great empires are traditionally founded on the banks of great rivers such as the Nile, the Yangtze, the Indus and the Tigris-Euphrates complex because people need food, and food crops need water. Which is why the Yucatan peninsula of Mexico, together with the land farther south into Belize, Guatemala and Honduras is one of the least likely places on Earth in which to grow a civilization. Because of its porous limestone bedrock, the Yucatan lacks surface water in the form of substantial rivers and lakes. During the Mayan era, from around 3,000 years ago, agriculture was almost entirely dependent on seasonal rainfall, with limited backup from cenotes (natural water-filled sinkholes), aguados (small surface reservoirs) and chultuns (underground cisterns). Yet during what archeologists have dubbed the "Classic Stage," between 200 and 910 CE, the population flourished, perhaps tripling in numbers to a peak of 20 million people.

Then, within 30 or 40 years after 909 (the date of the last known "Long Count" inscription, by which Mayans kept track of the age of their civilization) much of the Mayan society had collapsed. Archeological evidence shows that most of the major urban centers, especially in the southern lowlands, were abandoned, including the great cities of Tikal, Calakmul, El Mirador, Palenque and Copan. What caused such a rapid and near-complete collapse? Archeologists haven't been shy about offering explanations: By one count, no less than 88 different scenarios have been suggested, including tribal warfare, epidemics, foreign invasion (perhaps by Toltec or Teotihuacan people), revolution, disruption of trade routes and royal in-fighting.

One hypothesis that has been steadily gaining traction is prolonged drought. By sampling lakebed sediments and measuring stalagmites (whose growth varies according to moisture levels) paleoclimatologists estimate that starting around 800 CE, and lasting for 200 years, the Yucatan region suffered its worst drought in 7,000 years. Without rainfall, crops failed, leading to the demise of the empire's many city-states. If this theory is correct, the wonder is that they hung on as long as they did.

A new study by researcher Ben Cook from NASA's Goddard Institute for Space Studies proposes that the Mayans may have at least partially brought on their own demise. In order to grow sufficient corn and manioc in the area's thin topsoil, they probably clear-cut some 100,000 square miles of forest, equivalent to the area of Oregon. Crops have a higher albedo (reflectivity) than forests, resulting in less sunlight being absorbed. This translates into less energy being available for convection, and hence for rainfall. While not claiming that clear-cutting actually caused the drought -- and hence the decline of the Maya -- Cook says that his team's analysis shows that "deforestation can bias the climate toward drought and that about half of the dryness in the pre-Colonial period was the result of deforestation."

The indigenas never recovered between the 10th century collapse and the Spanish conquest six centuries later, giving the forests a chance to regrow. Today, the vast bulk of their former territory is covered in trees. If not for their ruins, it's as if the classical Mayan empire never existed.