The Lure of Labyrinths 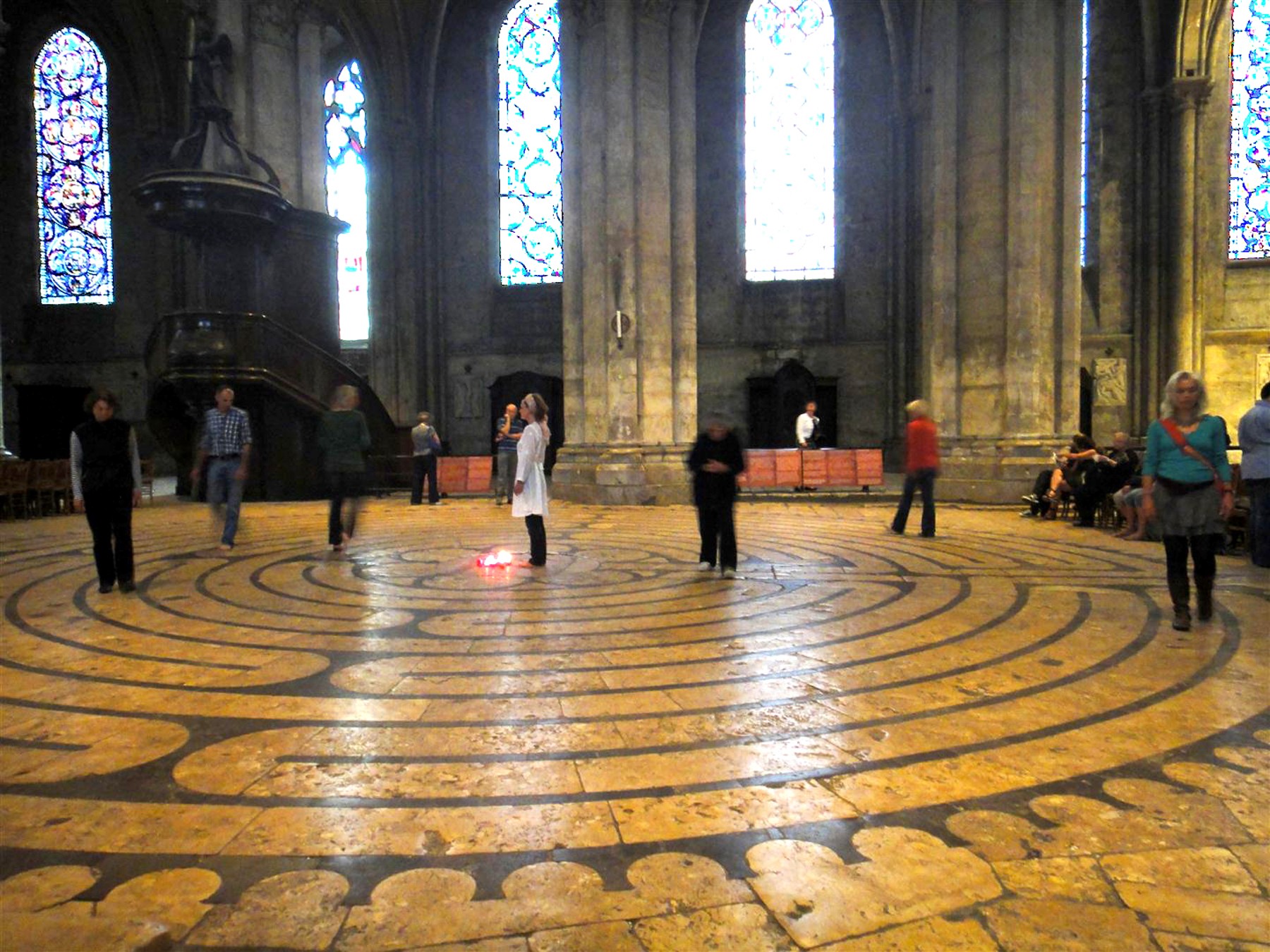 Standing at the center of the world's best-known labyrinth in Chartres Cathedral recently, I regretted that I was a couple of centuries too late to check out the brass plate connecting Chartres with the Greek myth of the labyrinth. Only the studs now remain from where an engraving used to show the struggle between Theseus and the half man-half bull Minotaur. (The plate was removed and melted down for cannons during the French Revolution.) The surrounding labyrinth, fashioned from contrasting colors of polished granite, is an intricate 11-circuit path that takes about 20 minutes to walk slowly.

According to legend, the original labyrinth was built by the craftsman Daedalus, commissioned by King Minos of Crete to create an escape-proof prison for the Minotaur, who happened to be the king's stepson. Long story short, the god Poseidon had given Minos a white bull, and instead of sacrificing it to the god, the king kept it for himself. This infuriated, Poseidon who -- with a little help from love-goddess Aphrodite -- made Minos' wife lust for the bull. Next thing you know, she gives birth to the Minotaur.

According to Ovid (in Metamorphoses), Daedalus constructed such a complicated labyrinth that he was barely able to escape it himself. Later, the hero Theseus entered the labyrinth, unwinding a ball of wool given him by Minos' daughter Ariadne. He killed the Minotaur and followed the thread to find his way out.

So originally a labyrinth (literally place of the double-axe, referring to "logo" of the palace of Knossos in Crete) was a complicated maze. These days, however, the word is more likely to mean a meandering single-path route for meditation or prayer. In a labyrinth, you just follow the single path, whereas a maze is a confusing network of interconnecting pathways designed to get you lost.

You don't have to go to France to experience the "Chartres design," since a replica was created in 1994 in Grace Cathedral, San Francisco. According to the cathedral website, "The labyrinth is an archetype, a divine imprint, found in all religious traditions in various forms around the world. By walking a replica of the Chartres labyrinth ... we are rediscovering a long-forgotten mystical tradition."

As an aside, Chartres Cathedral was barely saved from destruction in 1944 during World War II, thanks to the initiative and bravery of an American Army officer. The allies were preparing to shell the cathedral, believing that it was being used as a German observation post, when Colonel Welborn Griffith, Jr. volunteered to go behind enemy lines with a single enlisted man to check. He reported back that the cathedral was clear of German troops, and the order was withdrawn. Griffith died in action soon after.

Locally, Christ Episcopal Church in Eureka (442-1797) makes its labyrinth available as part of a weekly Centering Prayer program; Redwood Memorial Hospital's labyrinth is open 24/7; while Joy Frasier and her husband created a 50-foot Chartres-design labyrinth in their garden outside Fortuna, available for visits by appointment (725-7830).

Barry Evans' (barryevans9@yahoo.com) most recent labyrinth walk was in Amiens Cathedral in France. Barefoot, of course. (Barry's travel photos are on display at Ramone's, Old Town Eureka, through November.)