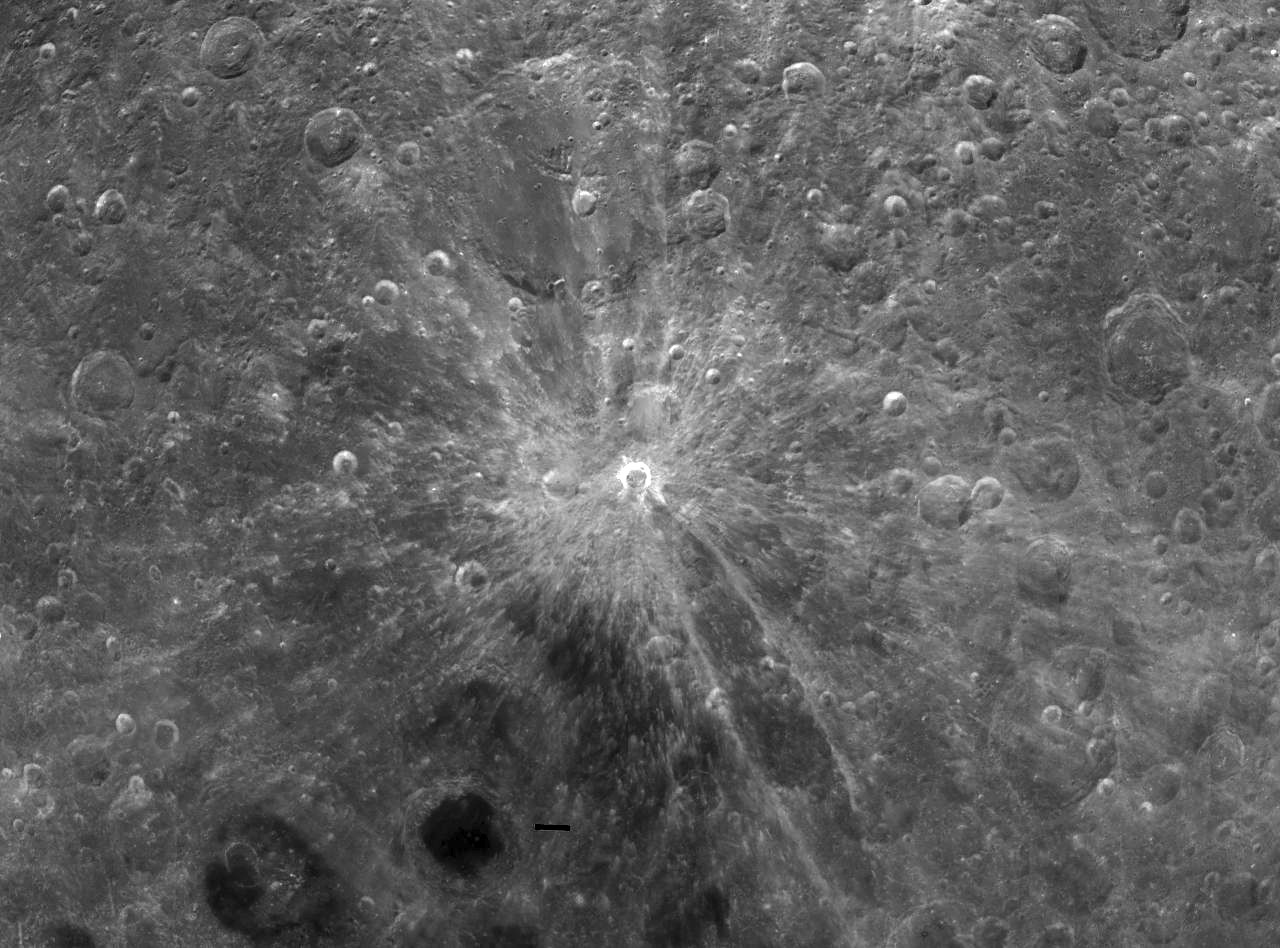 Four centuries after being burned at the stake on an otherwise chilly February morning in 1600, the freethinking Dominican monk Giordano Bruno is still creating controversy. Actually, it's formation of the lunar crater named for him that's causing all the debate, although I'll be discussing Bruno's prescient cosmological ideas in another column.

According to the English monk Fratello Gervase of Canterbury (1141-1210), an extraordinary event took place on the early evening of June 25, 1178 (our calendar), the likes of which has never been seen since: "A marvelous phenomenon witnessed by some five or more men who were sitting there facing the [2-day-old thin crescent] Moon. Suddenly the upper horn split in two. From the midpoint of this division, a flaming torch sprang up, spewing out ... fire, hot coals and sparks ... the body of the moon which was below writhed, as if it were in anxiety, and to put it in the words of those who reported it to me and saw it with their own eyes, the moon throbbed like a wounded snake."

What did they see? According to a proposal made in 1976 by geologist Jack Hartung, it was the impact from a huge (two-miles across, perhaps) meteor or asteroid, resulting in the formation of the Giordano Bruno lunar crater. Molten dust from the impact would have obscured part of the crescent moon, that is, the "horn" would have been "split."  From Gervase's description, the impact occurred close to the right edge of the moon, halfway between the moon's equator and north pole. Crater Bruno, on the far side just out of sight from us, at latitude 36 degrees north, fits nicely. What's particularly compelling about Hartung's proposal is Bruno's extreme youth: It's probably the youngest crater of its size on the moon. We know this because the rays spreading out from the crater, formed of light-colored ejecta material, are pristine, while those from older craters have been degraded by the constant rain of micro-meteorites on the lunar surface. And at 14 miles in diameter, Bruno is certainly consistent with the eruption of a vast cloud of ejecta visible from Earth.

And that's the problem, according to lunar expert Paul Withers of the University of Arizona. An impact of that magnitude would have catapulted some 10 million tons of debris into Earth's atmosphere, causing, at the very least, a week-long meteor storm, spectacular enough to be recorded by someone, somewhere. Yet none of the astronomical records from the time -- European, Chinese, Arabic, Japanese and Korean -- mention what Withers claims would have been "the best fireworks show in history."

So there's the conundrum: If Bruno was caused by a huge impact in 1178, why didn't anyone record the subsequent earthly meteor shower? The answer will have to wait for future astronauts to ship samples from the crater back for analysis, so its precise age can be calculated. If those samples show that Bruno was formed about 800 years ago, we can be pretty confident that Gervase recorded the birth of a lunar crater, thus solving the mystery of a moon that "writhed" and "throbbed" on that long-ago midsummer night.

Barry Evans (barryevans9@yahoo.com) love affair with the moon is platonic, pure and passionate. He will be giving a talk in the "local authors" series at the main Eureka Library on Saturday, Aug. 25 at 1 p.m. For reservations call 269-1991 or email hlf@humboldt.org.