The Music Guide That They Don't Want You to Read!

The ending will surprise you! 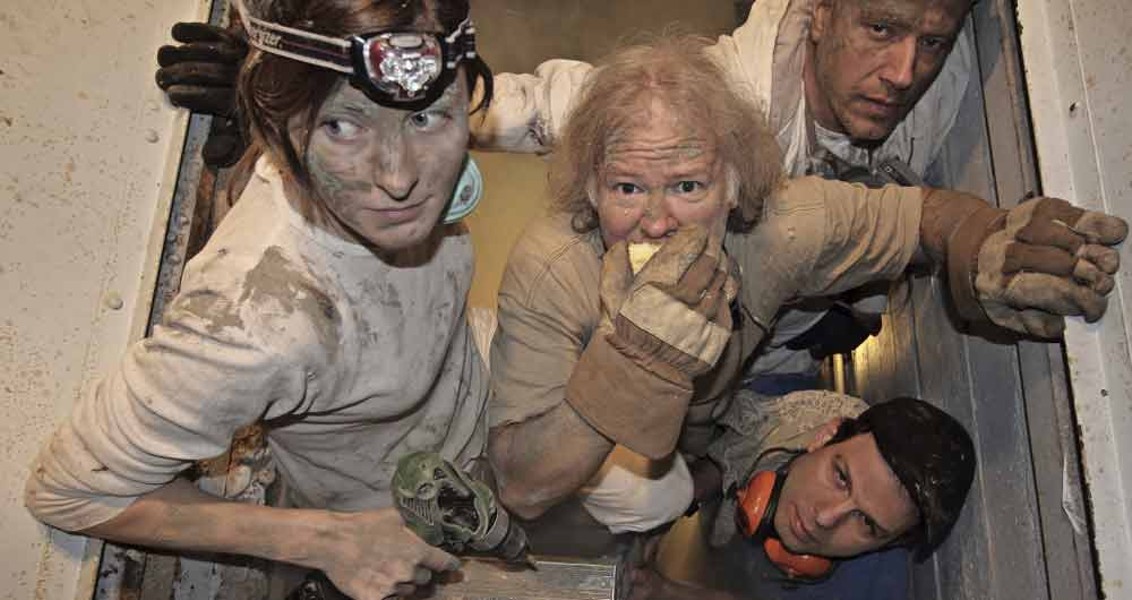 Photo courtesy of the artist. WHO: David Kilgour and the Heavy Eights, WHEN: Thursday, July 31 at 9 p.m., WHERE:: The Logger Bar, TICKETS: Free

Thursday: The results will shock you!

We've all known someone who's gone to Reggae at least once, right? Where are they now? Waxing their dreads and cleaning their scissors, that's where! Maybe you're — gasp! — that person! Then you already know that the 30th annual Reggae on the River will fill the air with irie, dope and laconic rhythms through Sunday. See elsewhere in the Journal for more details.

To a certain group of avant-garde rock fans — do you count yourself among them? — Dead Rider and Free Salamander Exhibit are legend. But what about this extremely weird coincidence: Dead Rider doesn't often play z, but here the band comes the same day as long-established pot-fest Reggae on the River kicks off and long-established pot-mag High Times is streaming Chills on Glass, Dead Rider's new album. I think we all know what's happening here. Keep reading. It will all become clear. Dead Rider pulls off loopy time signatures, seemingly random distortion and oddball bits of sound here and there, all while maintaining a sound hypnotic enough you can't turn away. Reminds me of driving down a highway late at night, so tired the familiar becomes unrecognizable — trees branches melting into waving arms, etc. — and you wonder if you're tripping or the world is, so you open your eyes wide and sit up straighter, but the weirdness never stops. This is much safer. Free Salamander Exhibit brings a harder, more proggy edge and ups the art factor visually, at least judging by the videos I watched. Experience the experimental at the Jambalaya, 9 p.m., $8 cover, 21-and-over. Humboldt's Neighbors open. You have to see it to believe it.

In other names of influence, David Kilgour and the Heavy Eights play the Logger Bar starting at 9 p.m. Mmmmm, the opening bars of the band's "Christopher Columbus" sold me. Gentle and enticing, I immediately wanted more. Unsurprising given Kilgour's lineage — he founded The Clean, one of New Zealand's most lauded bands and typically regarded as making the music that turned NZ on to homegrown indie rock. American musicians will hate me for telling you this, but you'll feel instantly younger at half the price! Don't believe me? Just give David Kilgour and the Heavy Eights a try and you won't believe your own eyes! Unsure? Keep reading! Fellow NZers The Shifting Sands open the show. Free, 21-and-over.

Ask Sophie brings the folk punk down from Washington state to the Alibi but you know what? Although they are labeled "folk punk," that's just a fancy name for "Kinda old-style like say, perhaps, Devil Makes Three, with a certain amount of twang and an endearing attitude." But! None of them are even named Sophie and all the questions are implied! Like, "Do you enjoy Americana about outlaws, outcasts and misfits?" Or, "Is there any other kind of Americana worthy of the name?" Or, "Maybe you are an outlaw or outcast or misfit yourself?" The band's new album is titled, Drinkin', Cussin', Dyin' and the tour is determined to "Taint the Wild West," so I think we can all agree on what's going on here, yes? Stick with me. Featuring Humboldt native William Coleman, the music gets going at 10 p.m. or so. Cover's $5, show is 21-and-over.

Friday: But they don't want you to know!

Speaking of things that will change your life! Some people enjoy the music of the Grateful Dead. Those people will be pleased to know that the music of Jerry Garcia lives on though Humboldt County's own The Miracle Show. In honor of Jerry's birthday, wear your tie-dye and do your spinny dance at Hum Brews. Show starts at 9 p.m.

Saturday: The answer will amaze you!

Here's a clue: Humboldt's psych trippers White Manna play the Alibi with New Mexico's La Cerca, a band about which not much is known — the "Who is in this band?" link on ReverbNation says only, "Thanks for asking! We'll let La Cerca know that people are interested in their band members." You're seeing it now, aren't you? They don't want you to know! The one track available, "Car Crush Heart," appeals enough, with its poppish undertones, riffs and sense of longing. We all want the answer, don't we? Show starts 11 p.m.-ish, $5, 21-and-over.

Monday: Are you ready to be free?

You've made it to the end. And like the kind stranger who let me in on this one weird trick, I want to share it with you. Sure, they won't like it, because once it gets out, they'll be finished! Unable to take advantage of people like us ever again! We'll be belly-fat-free, laughing at how ridiculously low our bills have become, unafraid to laugh because finally our teeth are whiter than we ever thought they could be!