The New Universe and the Human Future: How a Shared Cosmology Could Transform the World 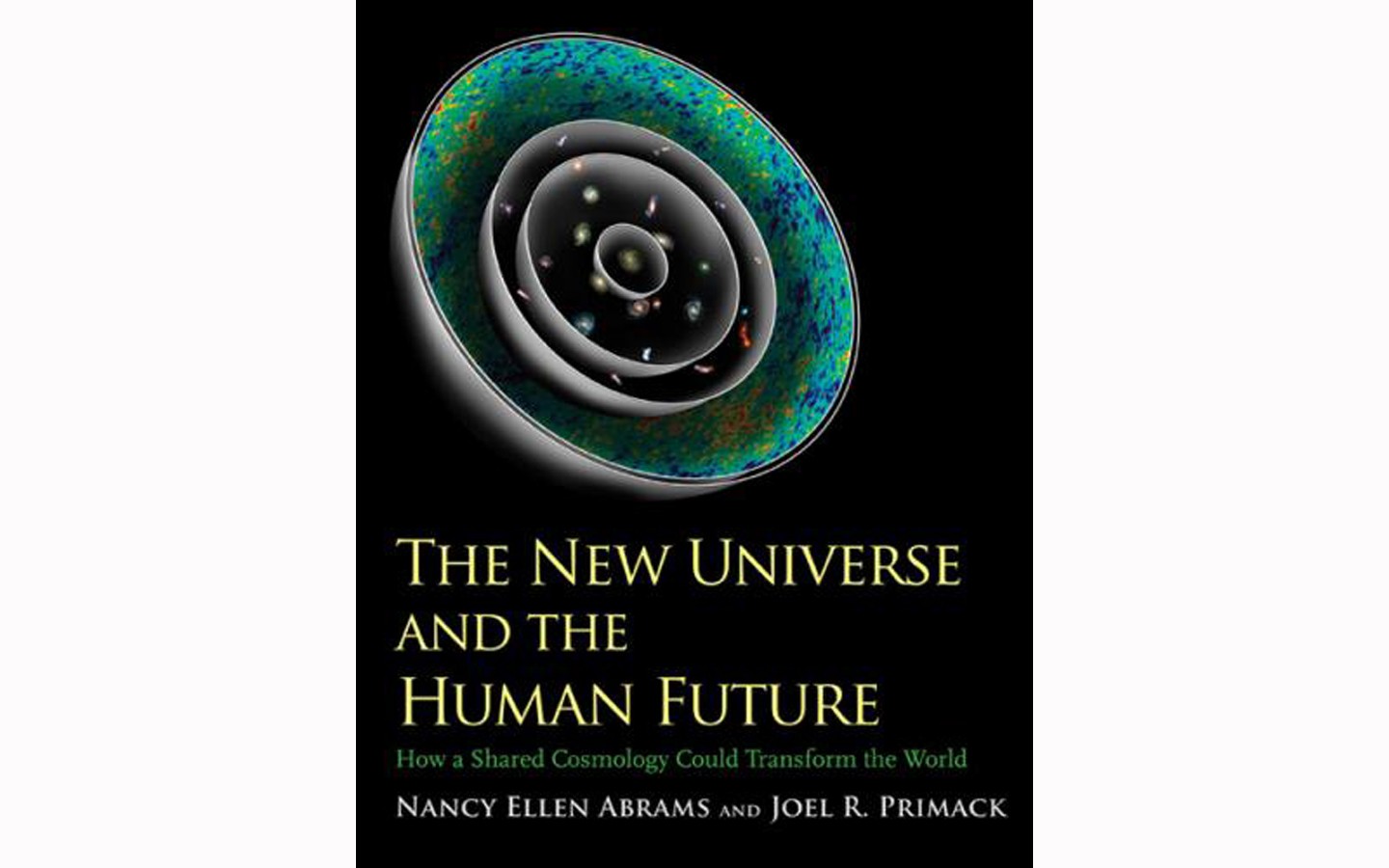 "If we had a transnationally shared, believable picture of the cosmos, including a mythic-quality story of its origins and our origins -- a picture recognized as equally true for everyone on this planet -- we humans would see our problems in an entirely new light, and we would almost certainly solve them." That's the urgent contention of these coauthors, an astronomer and a cultural philosopher who teach down the coast in Santa Cruz. This book sketches what that picture might look like, and advocates for its importance.

By their account, the universe looks a lot different to astronomers than it did just a few years ago. Using ancient myths and familiar images as well as some sparkling, even startling terminology, they outline the double dark theory: a universe of mostly dark matter, in which space is driven apart by dark energy. But structures of different size respond to different forces, and in our mid-range physical universe, we are in the "tame space" of our local group of galaxies, which are actually coming together.

"Most of the universe is not made of atoms" and "stardust is the rarest material in the universe." Only within the galaxies is there complexity, and "we civilized, intelligent beings are the most complex things we know of in the entire universe." Something to consider as we destroy our civilization and destroy much of the life evolved on our planet.

The book then veers to a brief for the importance of humanity embracing an origin story, so that people everywhere can agree, "that our place in the universe is extraordinary and that humanity could have a cosmically long future. This level of agreement could change the world."

The idea of a common story with that needed effect is not new. It was H.G. Wells' purpose in writing The Outline of History and other books. It's even been applied to cosmology before, especially by Brian Thomas Swimme, most recently in another new book (coauthored with Mary Evelyn Tucker), Journey of the Universe. It adds more history to the cosmological perspective (though curiously, it barely mentions dark matter), and though that book has no illustrations, it is linked to a PBS television series.

Both of these books have websites offering some stunning video: new-universe.org, and journeyoftheuniverse.org. Short of a Vulcan spacecraft landing, I'm still skeptical about the likelihood of a universal cosmology, or the claims made for the effect of one. But the ideas and images are fascinating and certainly contribute to a sense of the profound stakes involved in what we're doing to the planet and ourselves.