The Nitty Gritty on Sand 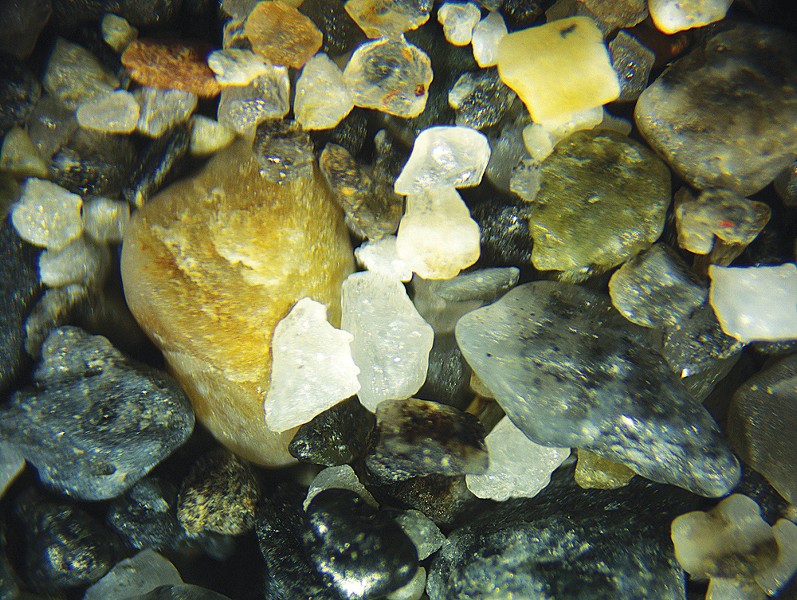 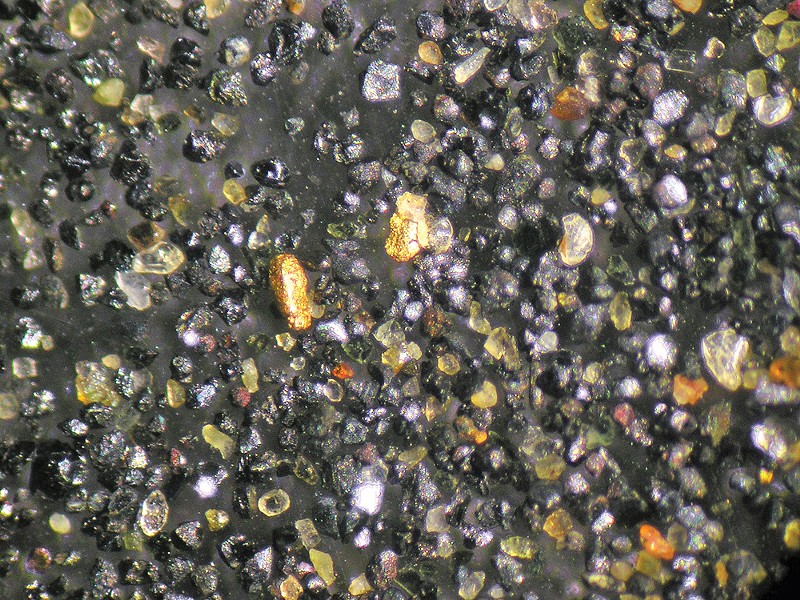 Photo by Mike Kelly Tracks and ripples in the Mad River Dunes.

During my Washed Up World Tour performance at London's Royal Albert Hall, I wanted to hear funny accents, so I did a Q&A session. Someone asked what's the most common thing I find washed up on the beach. I said, "Sand."

A big, ugly bastard with bad hair started to boo and others joined in. One guy even yelled, "Judas!" I guess they thought I was being a prick. I've had nachos and hotdogs thrown at me before, but this crowd pelted me with jellied eels and pickled periwinkles. And I even got hit in the mouth by a spotted dick.

So, I never got to explain why "sand" is a totally sincere answer. But now I will.

Sandy beaches don't just sit there. Sand washes up, down and sideways in the surf all day. If sand never washed up, you'd just have a rocky beach that would suck for volleyball.

Sand is defined as any granular mineral material bigger than silt and smaller than gravel — that is, between 0.0625 and 2.0 millimeters. To the organisms that live in or on sand, grain size is important. For example, surf smelt prefer to spawn in coarse grains, sandworms usually prefer fine sand and mole crabs live in both but can burrow faster in coarse sand.

The most common mineral in continental sand is silicon dioxide in the form of quartz. This is because quartz is very common, hard and doesn't readily dissolve in water. So, quartz is what's mostly left over after a mountain is weathered away and rivers deliver it to the sea.

Some sands, like in the Sahara Desert, are almost pure quartz. And many tropical white and pink beaches are made from the calcium carbonate of coral and small shell grains. There are also green beaches due to the mineral olivine.

The famous black sand beaches of Hawaii are composed of iron-rich and quartz-rich grains of volcanic rock. Humboldt's not-quite-as-famous black sand beaches form from weathered silty sedimentary rock that is also iron-rich, which makes it dark in color. Minerals in sand other than quartz continue breaking down and eventually become silt and clay minerals. This is one reason Humboldt's near shore waters are not especially clear.

The color of sand matters to more beings than tourists. For example, certain dune-living grasshoppers precisely match their local sand. The colors of the different sand grains are matched by the speckles on the grasshoppers. And individuals of the same species differ in color from beach to beach. Their camouflage is near perfect.

Sand also records who has been by recently. After a calm night, you might notice all sorts of animal tracks in the sand — everything from beetles to bears.

The movement of sand on beaches is also important for beachcombing. In my experience, low-profile, scoured, gravelly beaches seem to receive more washed-up stuff than high-profile sandy beaches. I think this is because the surf pushes debris farther in and away from the longshore current that moves things laterally. You can witness this beach profile change seasonally if you monitor a stationary object like a large rock or partially buried stump. A change of 6 feet in beach elevation between winter and summer is not uncommon.

Anyway, the more I reflected on the wonders of sand and my Royal Albert Hall disaster, the angrier I became. So, I reviewed the performance footage and noticed that the instigating bastard was the U.K. prime minister! I presented the evidence to several Tory Members of Parliament who owed me favors. The resulting scandal brought down that Boris Johnson arsehole. You're welcome, British citizens.