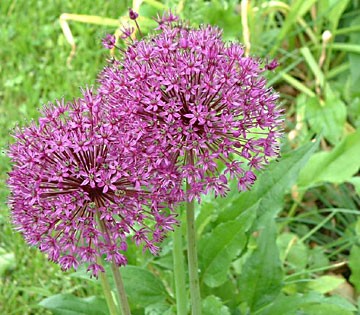 I am writing this on the morning after the election, trying to tame my hangover in time for more champagne at another victory party tonight. During his acceptance speech last night, President-Elect Obama laid out many challenges that Americans face, but he overlooked our most pressing problem: What to do with all those hours that we have been devoting to obsessively checking the polls and monitoring YouTube for Sarah Palin snafus that we can forward to our friends.

I'm glad that I did my part -- who knows what might have happened if I hadn't forwarded all those videos and generally kept a close eye on this campaign for the last twenty-one months? -- but to have the Internet-campaign-insanity feeding tube unplugged all at once is a little distressing. I seem to be connected to half of Humboldt County via Facebook now, and I can tell from your Facebook profiles that many of you are feeling the same way. What are we supposed to do now?

I wish Obama would keep up his daily e-mails to his considerable base of supporters and give us all new instructions on how to fill our time. "The first thing I'd like you to do is drop and give me 10 push-ups," he might say. "If we're going to change the world, we're all going to need some upper body strength. Then -- go outside and pick up some trash. We're going to have clean streets in this administration, and I'm putting you in charge of that. There's more coming, but now I have to go pick a Secretary of State. I'll get back to you this afternoon."

Lacking any instructions from the president-elect on how to fill my day, I'm heading outside to do a little pre-winter cleanup in the garden. It gets me wondering: What would an Obama victory garden look like? What can I do in my own backyard to support this administration?

I'm only half-kidding about this. Here are my ideas; write to me if you've got some of your own.

Plant an apple tree. What could be more hopeful, and more all-American, than an apple tree? It'll feed not only your family, but every family that lives in your home for generations to come. Those apples will keep you healthy, so you'll be taking the first step in our soon-to-be-reformed health care system. After all, any improvements to health care have to start with us, right? You'll also have a surplus to share with friends and neighbors. Make a point of taking some to the food bank; you have no idea how much they appreciate fresh produce. Spread that wealth around.

It's harvest season right now, so get to the farmer's market or the grocery store and find a locally-grown apple that you like. In a couple of months, bareroot apple trees will be available at garden centers around town. Get ready to plant now before the ground is totally saturated. Clear the area of weeds, dig a big hole and mix aged compost with the native soil. Leave a mound of compost on top -- it'll settle over the next few months and be ready for planting in January.

When it comes time to plant, look for a variety that is naturally pest- and disease-resistant: The last thing you want to do in an Obama victory garden is spray harsh chemicals. Humboldt County is home to a number of wonderful heritage apple varieties; to find out more about them, visit www.greenmantlenursery.com. I particularly like 'Pink Pearl' for baking and 'Waltana' for long storage and great flavor.

Honor Your Grandmother. It's a shame that Obama's grandmother didn't get to live long enough to see her grandson move into the White House, but like all grandmothers she knew where the kid was headed long before he did. There's something about grandmothers and gardens that just go together. Even if your grandmother didn't garden, I bet she loved raspberries or sunflowers or white calla lilies. Plant something in her honor.

This Garden is Brought to You by the Letter O. Okay, this is a little silly, but it makes me laugh, and doesn't it feel good to laugh and think about the president at the same time? Last night at the election night party, somebody brought blue allium bulbs for the hostess. The flowers weren't quite a perfect Democrat blue -- they leaned more toward purple -- but in this new era of inclusiveness and collaboration, purple's a good red/blue compromise. And those big spherical blossoms? The letter O. That's right. You never could make a W work in the garden, but I bet you can fill a flower bed with Os. I already had quite a few alliums in my garden, but I'm going to rush out and plant a few more so that next summer the garden will be filled with cheerful Obama flowers. It'll be a little inside joke that only you and I share.

Make Your Land More Useful. The apple tree's a good start, but ask yourself: What else can you do to make the little patch of land under your care more useful? Can you plant a native shrub that will support bugs and birds? Put in a few vegetables? Rip out some lawn in favor of wildflowers?

During World War II, victory gardens produced an estimated 40 percent of all vegetables consumed in the United States. In 1943, 75 percent of all American women were canning. I can't say that growing our own food will bring our troops home any faster -- by running this war on credit cards, we haven't had to sacrifice so much as a shoelace to support our troops -- but raising chickens and planting potatoes and harvesting berries are all incredibly satisfying endeavors that make me feel a little more self-reliant and in touch with something larger than myself. Planting a few shrubs that feed hummingbirds or provide a home to native bees and hard-working spiders makes me feel that I've done some small thing for the planet.

And that's what the Obama campaign was all about: Asking each of us to do some small thing. Donate. Volunteer. Vote. Hope.

Oh, and obsessively follow the campaign on the Internet. Did I mention the other benefit of planting an Obama garden? It gets you away from the computer. I am heading out to the garden in hopes that it will break my campaign news addiction.

As soon as I check on those last few runoffs, that is. And I'm pretty sure there's going to be one or two more Palin videos to post to my Facebook profile. But then I'm quitting, I swear.