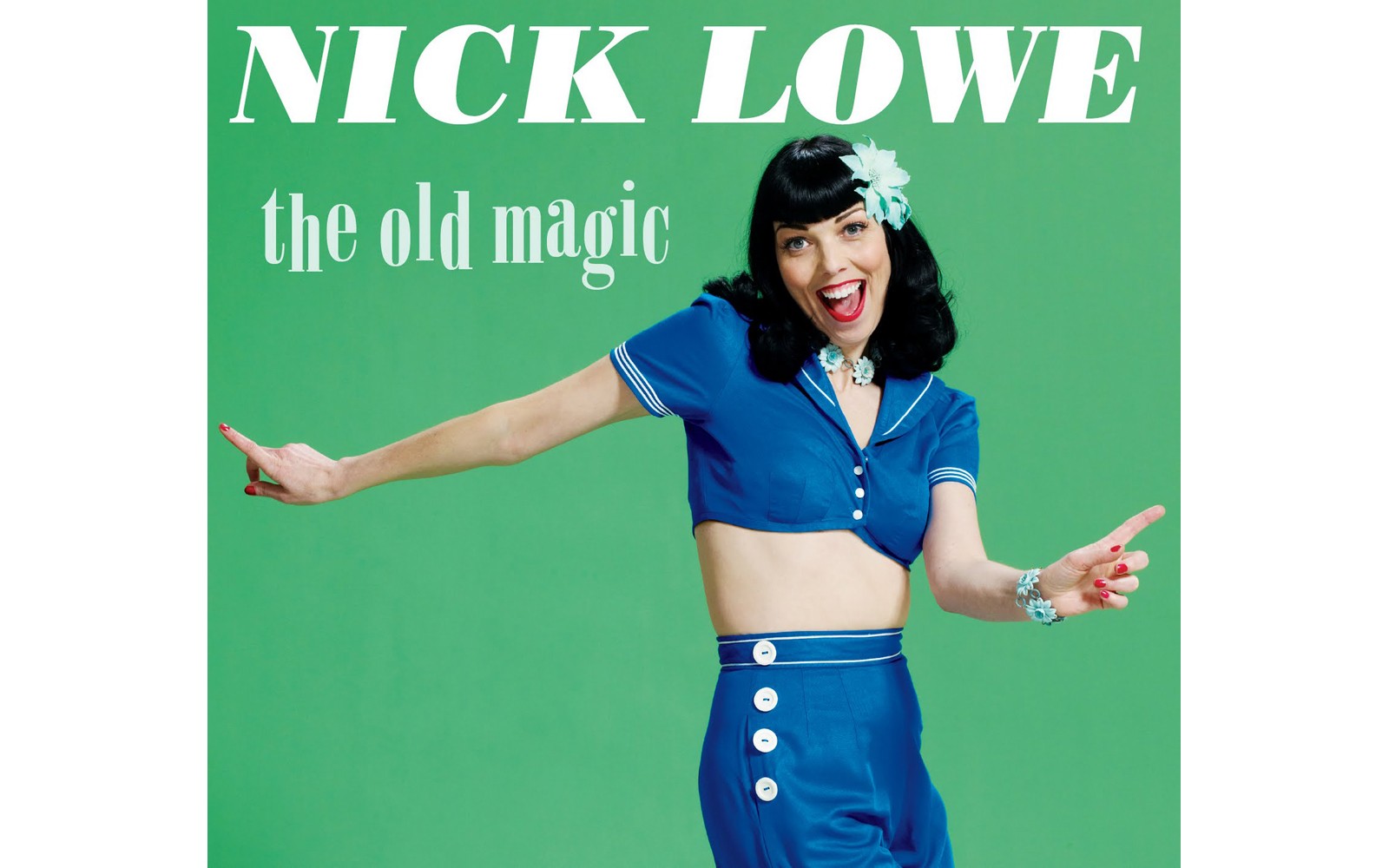 Nicknamed "Basher" in the late ‘70s for his quick, immediate recording methods, Nick Lowe, often pictured these days in a white dress shirt, cardigan sweater and black-framed Buddy Holly glasses, may strike you more as an eccentric elderly uncle rather than a pioneering musician, songwriter and producer who was in the center of a thriving ‘70s and early ‘80s UK punk/New Wave movement.

More recently, Lowe has successfully reinvented himself as an elder statesman of pop, producing a string of elegant solo recordings that cull the country-soul of Charlie Rich, Solomon Burke and The Everly Brothers.

The Old Magic, Lowe's 13th solo effort, continues this latter-day path with a collection of mid-tempo tunes and ballads that possess just enough subtle pop touches and references to make the songwriter's signature evident. Lowe manages to do this with an effortless grace. For example, "Checkout Time" chugs with a ‘50s Sun Studio rockabilly-country rhythm (recalling his former father-in-law, Johnny Cash) while lyrically, Lowe questions his own mortality. "I'm fearful of my chances of crossing over Jordan into Glory. It may be compromised by the pies I've had my fingers in," he humorously states.

Lowe takes a breezy, melancholic Bobby Charles-like approach for "House For Sale," a symbol of a failed relationship. "House for sale, take a look inside. This is where love, once did reside," croons Lowe. "Paint is pealing, cracks in the ceiling ... whatever's happened to my happy home?" His phrasing, melody and execution lift the clichéd lines into a sincere sadness. For the record's gorgeous closer, "'Till The Real Thing Comes Along," Lowe combines the cool sophistication of Lee Hazelwood with the soulful delivery of Johnny Rivers in the song's arrangement, while subtly copping Santana's "Evil Ways" backing chorus. The narrative ingeniously mirrors The Spinners' '72 hit, "I'll Be There." In Lowe's sure hands, it all fits brilliantly. The tongue-in-cheek "Sensitive Man" and the New Orleans/‘60s Tex-Mex garage number "Somebody Cares For Me" are also among The Old Magic‘s other standouts.

Lowe's inclusion of Tom T. Hall's "Shame on the Rain" and Elvis Costello's "The Poisoned Rose" are interesting artistic nods -- one to a previous master and one to a former "protégé." In the case of the latter, he is finally returning the favor for Costello's blistering '79 cover of Lowe's "What So Funny (About Peace, Love and Understanding)."

Surrounding himself with a familiar line-up of old musician "mates," like drummer Robert Treherne (aka Bobby Irwin), keyboardist Geraint Watkins, bassist Matt Radford (part of Liam Watson's stable at Toe-Rag Studio) and producer Neil Brockbank, Lowe continues to pull out gems like rabbits out of a hat: concise, simple songs with spare arrangements and intimate production. Without unnecessary flash, The Old Magic shines with a bright glint in the old magician's eye.