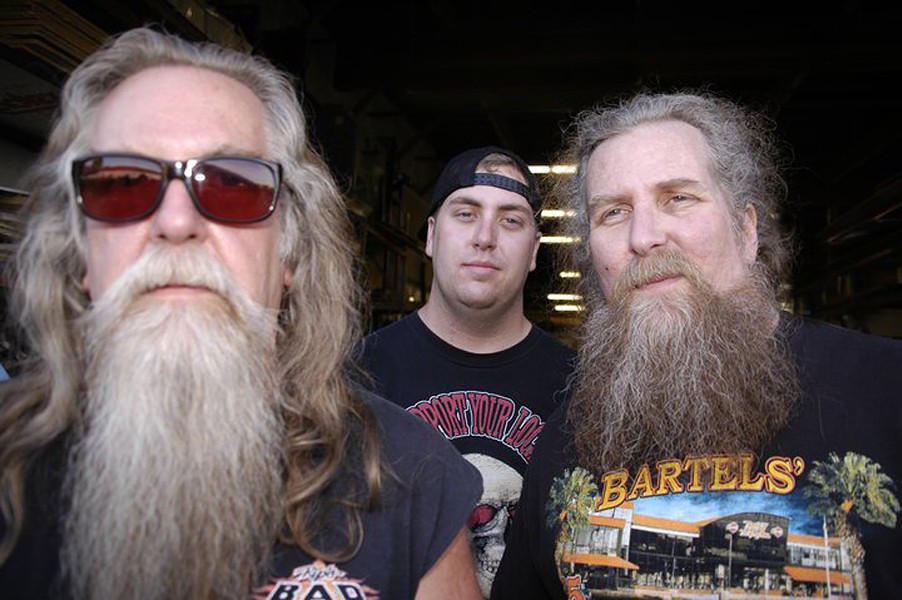 You'll see them roaring down 101 as the weekend approaches, big ole bikes, their riders in leather and denim wheeling their way to a party in the woods. There were hints that they might not return this year. Prior to the 2010 Redwood Run, the organizers of the annual biker blast proclaimed that it was the last run -- they'd grown tired of putting on the party and were throwing in the towel. Apparently this came as news to the Kiwanis of the Redwoods Garberville Chapter, who have been involved in the Run for decades -- it's their major fundraiser for the year, and they were not about to see it die. A minor controversy ensued (nothing compared to the Reggae War that tore up SoHum in recent years).

The end result was Kiwanis reclaiming the event, which they're calling the "Original" Redwood Run. According to their account, the event began in 1977 at French's Camp under their auspices. Until recently the Run was held at Riverview Ranch, a couple of miles past the Humboldt/Mendocino border. Now for the first time, this weekend (June 10-12), it's moving to Bowman's Cooks Valley campground, right over the county line on the Mendo side, not far from French's (and next door to the Dimmick Ranch, epicenter for the Reggae War).

Two popular biker outfits, The Charlie Brechtel Band (8:30 p.m.) and The Fryed Brothers Band (10 p.m.) serve as main attractions. Brechtel, allegedly "the foremost biker musician in the world," specializes in songs about motorcycles and their riders. Bearded biker/fiddler Harry Fryed and his guitarist brother Tommy, favorites at the Run for many years, have been leading the Sacramento-based rock/country/blues outfit for three decades.

Music and other biker-ish fun resumes Saturday morning with local blues jam stars The Uptown Kings at 10 a.m. followed by a bike show, biker games, the always-popular wet-T-shirt contest, then more music: Jimi Jeff and the Gypsy Band at 3, blues belter Kaye Bohler at 5:30, hard rockers L.A. Guns (marginally related to Guns 'N Roses) at 7, guitar shredder Ronnie Montrose at 9, blues mavens The Tommy Castro Band at 11, with The 'Mones playing music by The Ramones after midnight for those who still have energy after two long days.

Sunday is basically roll-on-down-the-road time, although the day begins with a Kiwanis/Piercy VFD Breakfast and a "bike blessing," presumably to make the ride home just a little but safer.

Tickets to the Original Redwood Run are $90, and are available at your local Harley-Davidson dealer or at the gate. Check www.kiwanisrwr.com for additional details.