The Party Ain’t Over 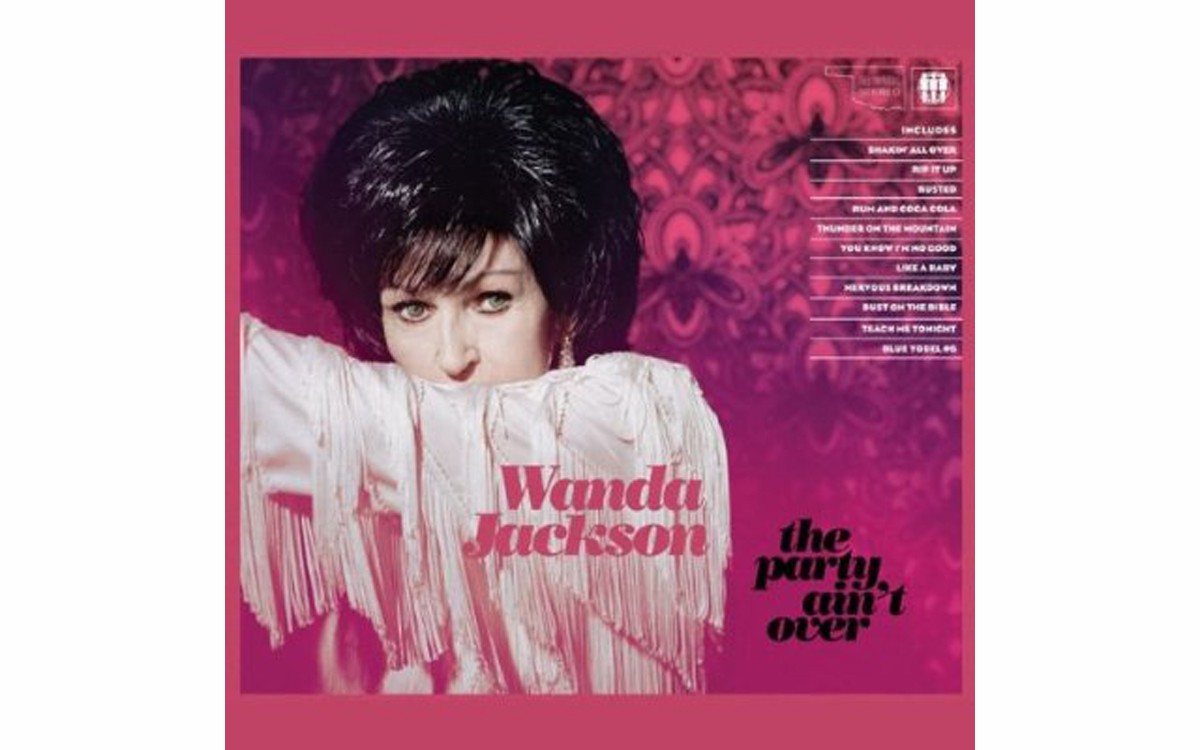 Recently inducted to the Rock and Roll Hall of Fame, the pioneering female rockabilly star Wanda Jackson deserves better. Teaming up with White Stripes leader Jack White, one might think that White, as a producer, would take a more reverent route, as he did with Loretta Lynn on her fine comeback record, Van Lear Rose in 2004. No such luck with Jackson's new record, The Party Ain't Over.

Jackson, who had hits in the late ‘50s and early ‘60s with songs such as "Let's Have a Party," "Fujiyama Mama," and "Tunnel of Love," proves that she still maintains her vocal chops. She admirably steps up to the plate for this collection of White-picked covers, including Johnny Cash's "Busted," Dylan's "Thunder on the Mountain" and Amy Winehouse's "You Know That I'm No Good."

Yet she no longer has the fire for the selected material she once torched (many of them coming from the ‘50s/'60s rockabilly canon), nor does one expect that. Jackson, who once dated Elvis Presley, was a female hellcat who came on hard and gravelly with her renditions of songs like Little Richard's "Long Tall Sally" and Leiber and Stoller's "Searchin'" and "Riot in Cell Block No. 9." And though she started off her career as a country artist, rock 'n' roll stuck with her, eventually attracting fans internationally (ironically, Jackson's 1958 "Fujiyama Mama" went to No. 1 on Japan's pop charts), who crowned her "The Queen of Rockabilly."

For The Party Ain't Over, White recruited fellow Raconteurs bassist Jack Lawrence and drummer Patrick Keeler, My Morning Jacket's Carl Broemel on pedal steel, among other Detroit-based musicians. The trouble is that White's production overwhelms the entire record, often with over-the-top orchestrations resembling hip retro-Vegas arrangements as evident in the cover of Johnny Kidd and The Pirates' "Shakin' All Over." Elsewhere there are odd turns that don't work, such as Kitty Wells' "Dust on the Bible," which borrows heavily from the Southern soul groove of Dusty Springfield's Dusty in Memphis. Jackson is no longer the rockabilly chick she once was, and, unfortunately, the final track, Jimmie Rodgers' "Blue Yodel No. 6," provides the sole satisfying number, as she is allowed space to get into the music. (It quite possibly shows the direction White should have taken throughout.)

It's disappointing for Wanda Jackson fans (me included) that The Party Ain't Over hopelessly tries to add guitars, glitz and smoke, attempting to fan the fire of Jackson's past. Had White truly shown sensitivity to the singer's roots -- mainly country and gospel -- he might have struck a powerful connection with the present-day singer's passion. Perhaps that will be a future project for a producer like Joe Henry, T-Bone Burnett or Dave Alvin. Here Jackson shows that, for her, the party isn't quite over, but someone should tell Jack White that he's nearly killing it.