Much of the world watched in stunned horror last week as news flooded out of Paris that masked gunmen had stormed the offices of the newspaper Charlie Hebdo and opened fire. It's been widely speculated that the satirical French paper became a target for the attack because of its irreverent and mocking style, which often poked at religion, and the Muslim faith in particular, repeatedly running caricatures of Muhammad. Among the 12 killed in the attack were the paper's editor, four cartoonists, two columnists, a proofreader, a maintenance worker, a visitor and two police officers. In the wake of the terrorist attack, "Je suis Charlie," French for "I am Charlie," became an international rallying cry for free speech and freedom of expression, with the alternate, "Je suis Ahmed," a nod to Muslim police officer Ahmed Merabet, who was shot dead while protecting Charlie Hebdo's journalists and their right to free speech, even if that included mocking his religion. In the aftermath of the shootings, we asked local cartoonists if they'd like to respond by taking their pen to paper. We received submissions from Tim Clewell, Bob Filbey, Duane Flatmo, Joel Mielke, David Orchard, Buzz Parker, Lucas Thornton, Terry Torgerson and Sonny Wong. Several of these cartoonists have more work currently on display at Eureka's Sewell Gallery, located at 423 F Street. 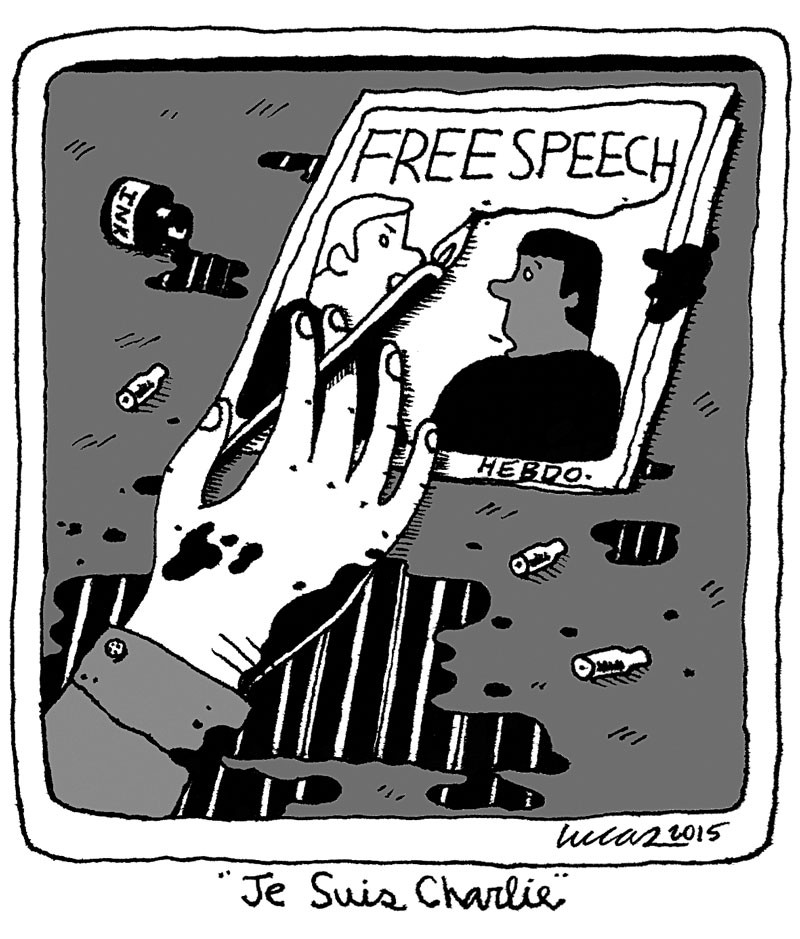 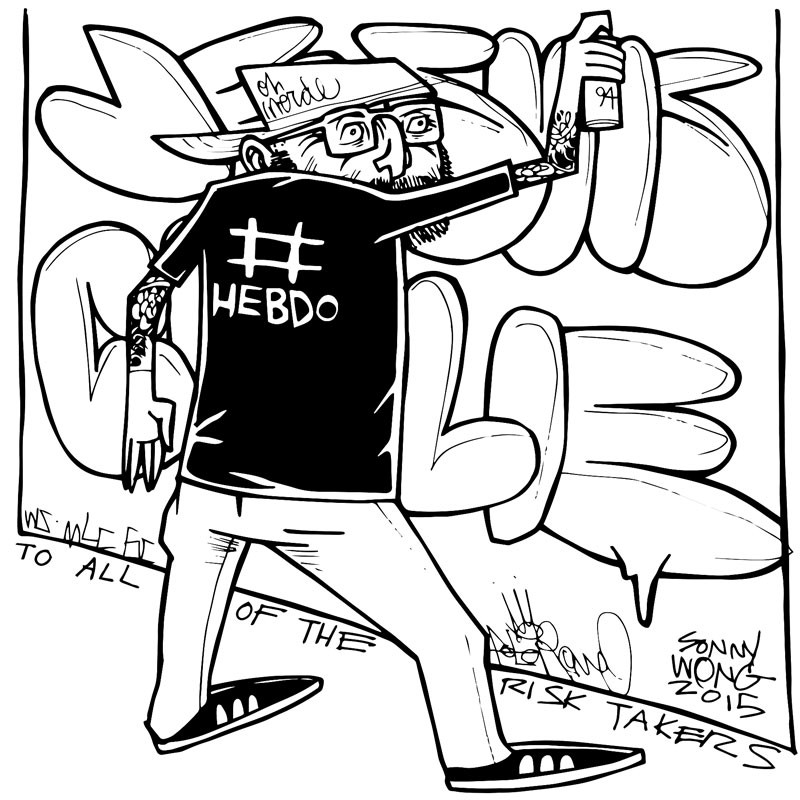 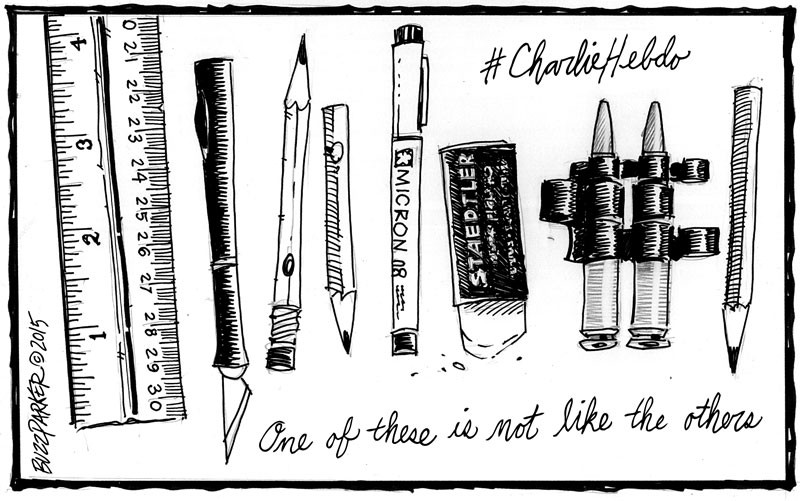 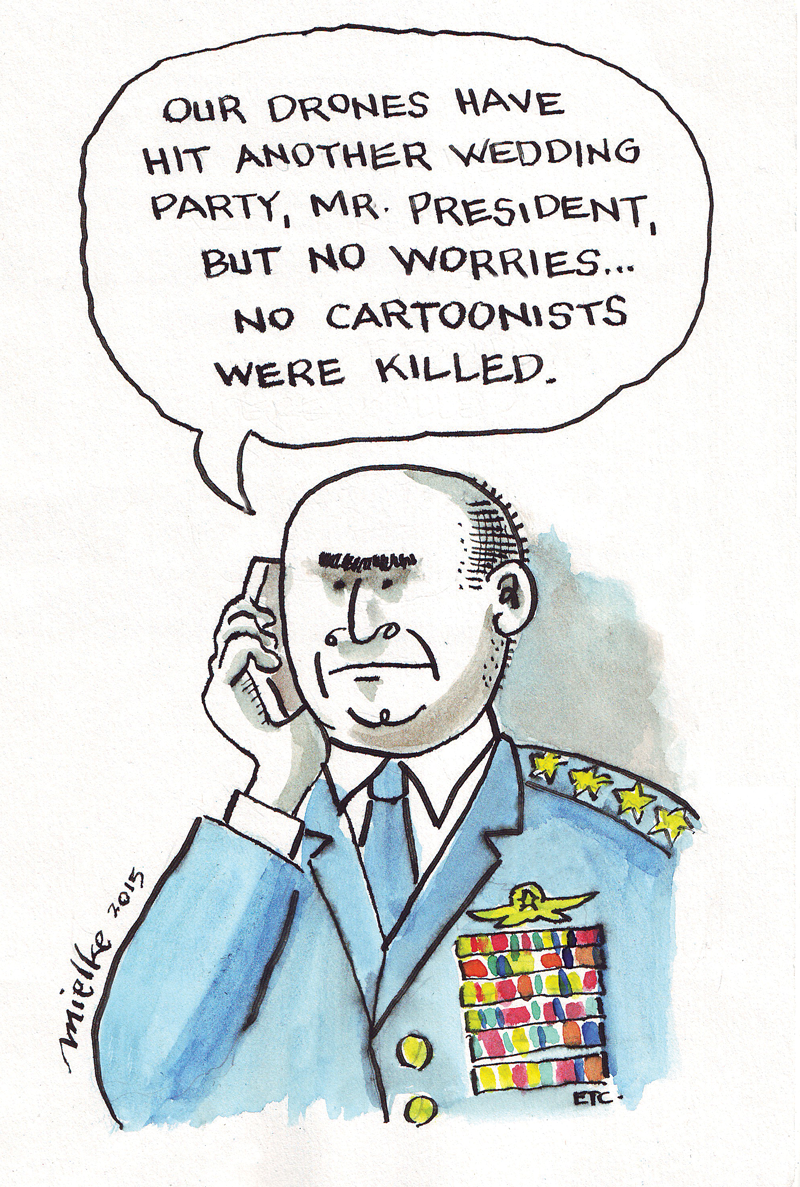 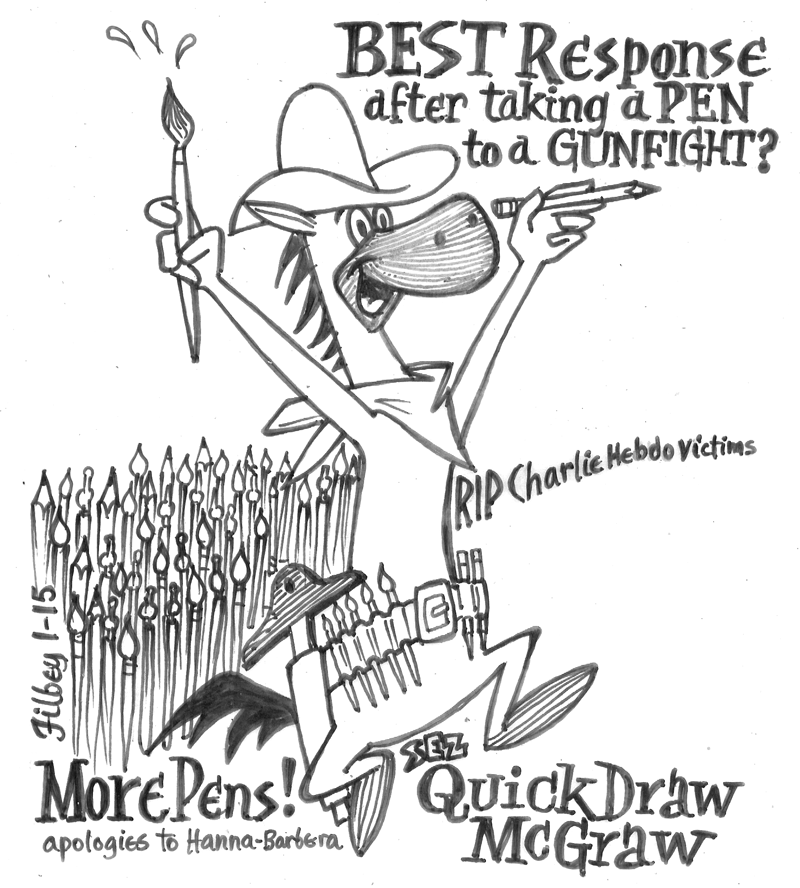 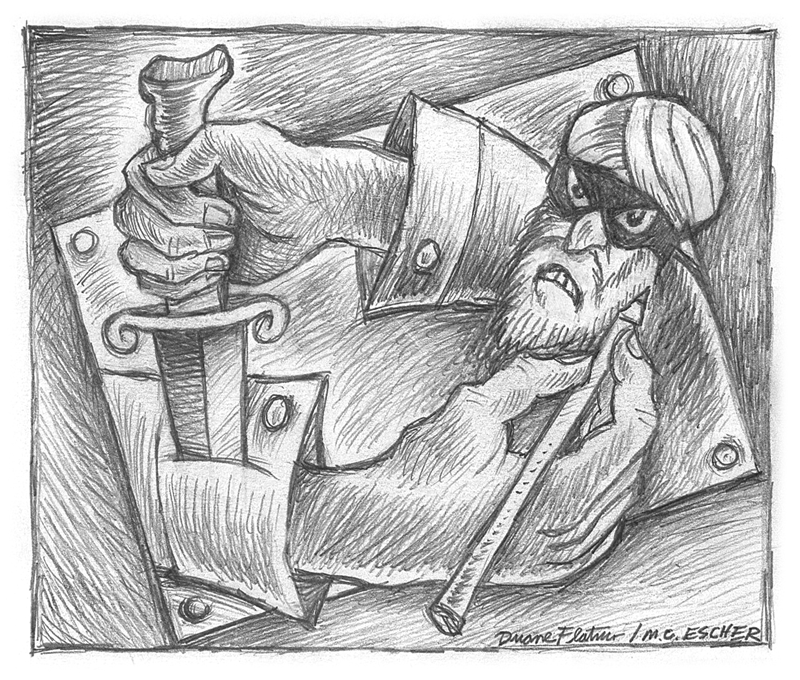 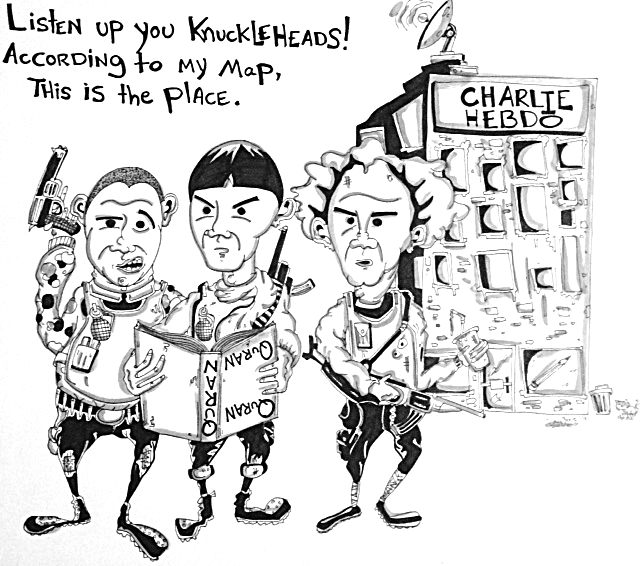