The Pretty Kitty has No Teeth 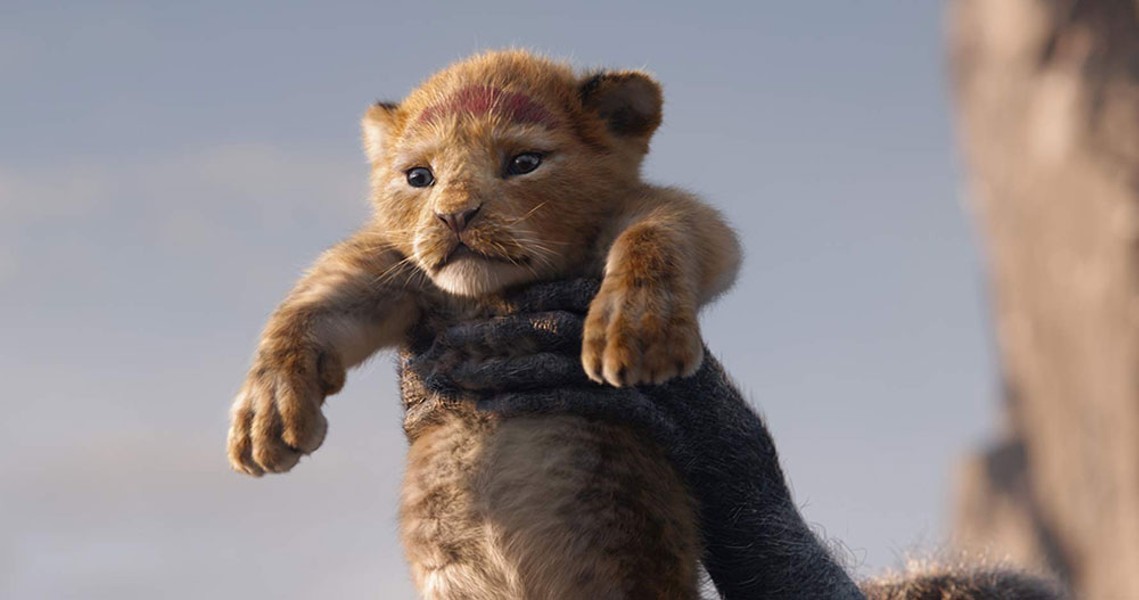 THE LION KING. By the time the original Lion King (1994) came out and caught fire, I had already started moving out of the animated feature lane (where I had only really spent a brief, though admittedly enjoyable, season). I was of just the right age that Pulp Fiction hit a lot harder that year, date-stamping my still-forming brain and setting me on the path to semi-self-righteous pop-culture curmudgeon-hood; It was a (debatably) good year.

Maybe more apropos of the subject at hand, though, is the fact that with a few outliers notwithstanding, I've never particularly cared for musicals. And seeing as how that's the Disney empire's stock in trade, or at least was, I've never been entirely on board. Sure, I'll still nod my head to the silly ditties of Robin Hood (1973) and The Jungle Book (1967) — more on the latter in a moment — but to my ear those songs, with their not-quite ironic self-awareness and their fun, jokey sensibility, belong in a completely different building than the unbearably earnest confessionals of most of the genre. Those particular soundtracks are also improved by the gauzy glow of nostalgia, which by this point I've learned not to disrupt by re-examination — an impulse apparently unshared by the hordes of parents of a certain age now indoctrinating their own children with the re-re-recorded Disney hits of their youth, to say nothing of the industry executives, peering down at said families with blazing dollar signs for eyes from the spires of Sleeping Beauty's Castle.

But even if we put aside the pabulum of the precursors, the Disney musical songbook, with all its soaring orchestral arrangements and fill-the-arena vocalizing ... well, I guess, in my mind it belongs with the rest. (Before anyone gets too bent about it, I can appreciate the songcraft and effort and, yes, it's all part of the soundtrack of my life, too.)

By way of clarifying that I'm not all vitriol and joy-killing, I would offer that I very much enjoyed director Jon Favreau's take on The Jungle Book (2016) and so, despite my reservations, was ready to embrace his version of The Lion King. It might even have helped that I don't revere the original.

I think everybody knows the quasi-Shakespearean broad strokes, but in brief: King Mufasa (James Earl Jones, reprising his role), rules his corner of the Serengeti with fairness and courage. To him and Queen Sarabi (Alfre Woodard) a son, an heir to the kingdom, is born. They name him Simba (JD McCrary, for the first act) and there is much rejoicing, although Mufasa's brother Scar (Chiwetel Ejiofor) does not take part, watching instead from the shadows, resentful and plotting revenge. And soon enough he has it, planting in Simba's mind the seed of an idea that he, Simba, is responsible for a terrible tragedy. The young cub leaves his home to wander alone, convinced of his guilt. Along the way, though, Simba (Donald Glover) makes some new friends: Timon the meerkat (Billy Eichner) and Pumbaa the warthog (Seth Rogen) embrace him as one of their own, teaching him important life lessons about acceptance and identity and community.

Meanwhile back home, Scar's malevolent reign has decimated the kingdom. The herds have vanished, the grasslands are dying and Sabari and the rest of the pride are subject to the whims of the nasty hyenas who do Scar's bidding. So Nala (Beyoncé Knowles-Carter) formerly Simba's closest friend and queen-apparent, sets out to find the rightful heir to the throne and attempt to restore balance to the kingdom.

Because I don't feel a connection to the story or the songs of The Lion King, for me, it has to come down to execution. And because I so enjoyed Favreau's Jungle Book, with its immersive visual effects and childlike fascination with its own created world, I was almost sure he would be able to win me over. In fairness, the imagery here is every bit as impressive as in the earlier movie: It is difficult to believe that the vast and intensely vivid world we see on screen really only exists inside a hard drive (well, and in the cloud and backed-up on Disney's unimaginable server array, etc.). But impressive can only carry a story for so long.

When that initial rush subsided, I was left feeling disengaged, looking at something perfect but sterile, a billion elegantly solved math problems coalescing into what should be an emotionally involving story of tragedy and triumph. Moments of humor, usually provided by Eichner, Rogen and an under-used John Oliver, certainly didn't hurt, but weren't enough to curb my feeling that this is strictly a capitalist enterprise, an opportunity to use a generation's nostalgia against itself, with their enjoyment a distant second priority to profit. To be fair, the parents in the crowd at the matinee I attended seemed to enjoy it. Maybe more than their kids did. That seems like a problem. PG. 118M. BROADWAY, FORTUNA, MILL CREEK, MINOR.

FAST & FURIOUS PRESENTS: HOBBS AND SHAW. A 'Fast and the Furious' spin-off of an unlikely alliance. Is it OK for me to root for the bad guy (Idris Elba) in this one? PG13. 134M. BROADWAY, FORTUNA, MILL CREEK.

CRAWL. A woman (Kaya Scoldelario) attempting to rescue her dad in a hurricane/flood is beset by alligators which is only, like, the fifth worst thing that can happen to you in Florida. R. 87M. BROADWAY. FORTUNA, MILL CREEK.

THE LAST BLACK MAN IN SAN FRANCISCO. Drama about a young man (Jimmy Fails) who tries, with his best friend (Jonathan Majors) to get back the family home his grandfather (Danny Glover) built. R. 120M. MINOR.

MIDSOMMAR. A young American couple's (Florence Pugh and Jack Reynor) trip to Sweden goes from folksy festival to trippy murder cult and honestly this is why I don't shop at Ikea. R. 140M. MINOR.

STUBER. An Uber driver (Kumail Nanjiani) is dragged into the pursuit of a killer by a cop (Dave Bautista) in case you needed more proof that the gig economy is the worst. R. 94M. BROADWAY, MILL CREEK.