The Professor and Other Writings 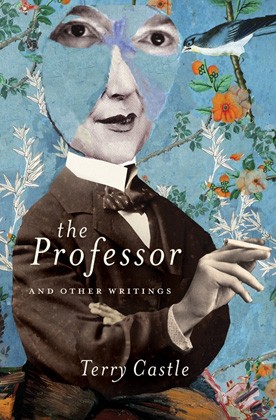 A professor of 18th century literature at Stanford for the past few decades, Terry Castle was previously known best as the editor of such books as The Apparitional Lesbian: Female Homosexuality and Modern Culture.

The Professor and Other Writings, which compiles her literary journalism from the past decade along with a book-length autobiographical essay, is a major revelation. Castle combines memoir, travel writing, literary criticism, and satire. In all her essays she seamlessly weaves personal details with her ostensible subject matter. She synthesizes the personal and cerebral in a way few writers do, and creates an appealing, idiosyncratic voice that is smart and self-aware.

In Courage, Mon Amie, her obsession with World War I leads her to trace the steps of her long-dead great uncle who died in the war, reflect on her Anglo roots, historical tourism and gender attitudes toward death. And it's funny.

In My Heroin Christmas, Castle hilariously details another obsession, the jazz saxophonist Art Pepper. Seriously smitten with his sensational tell-all autobiography Straight Life on a holiday vacation, she examines Pepper from every angle -- junkie genius, tall-tale raconteur, narcissist user and brilliant bad example. In the middle of the essay she includes a long, eclectic list of the CDs she packs for her trip that functions as a both a connoisseur's brag and a ridiculous emblem of her own excessive cultural voraciousness.

In spite of their intellectual heft, every one of the pieces in this collection sparkles with wit and self-deprecating humor. In the title essay, a coming-of-age memoir of her affair in the early ’70s with a manipulative, sociopathic closeted professor, she's unsparing of her own callow idiocies and naiveté. It's a story that could easily have become maudlin and accusatory, but it never does. She's a mercilessly acid observer of the ideologically rigid milieu of separatist lesbians in the ’70s, but she also shows the real pressures that lesbians in academia faced in those days.

Perhaps the sharpest piece in the book is Desperately Seeking Susan, her tribute/skewering of her "semi-friend" Susan Sontag. Sontag praised one of Castle's earlier books, and Castle was drawn into her orbit, though she was often treated as nothing more than a flunky. Sontag comes off as a self-aggrandizing pompous ass, and the highlight is Castle's detailed description of a painfully awkward and pretentious dinner party with Sontag, Lou Reed and Laurie Anderson.

Castle's essays prove that a life spent in academia needn't destroy one's creative spark (or sense of humor). The Professor... is engrossing and serious fun.