The Science of Jazz Piano 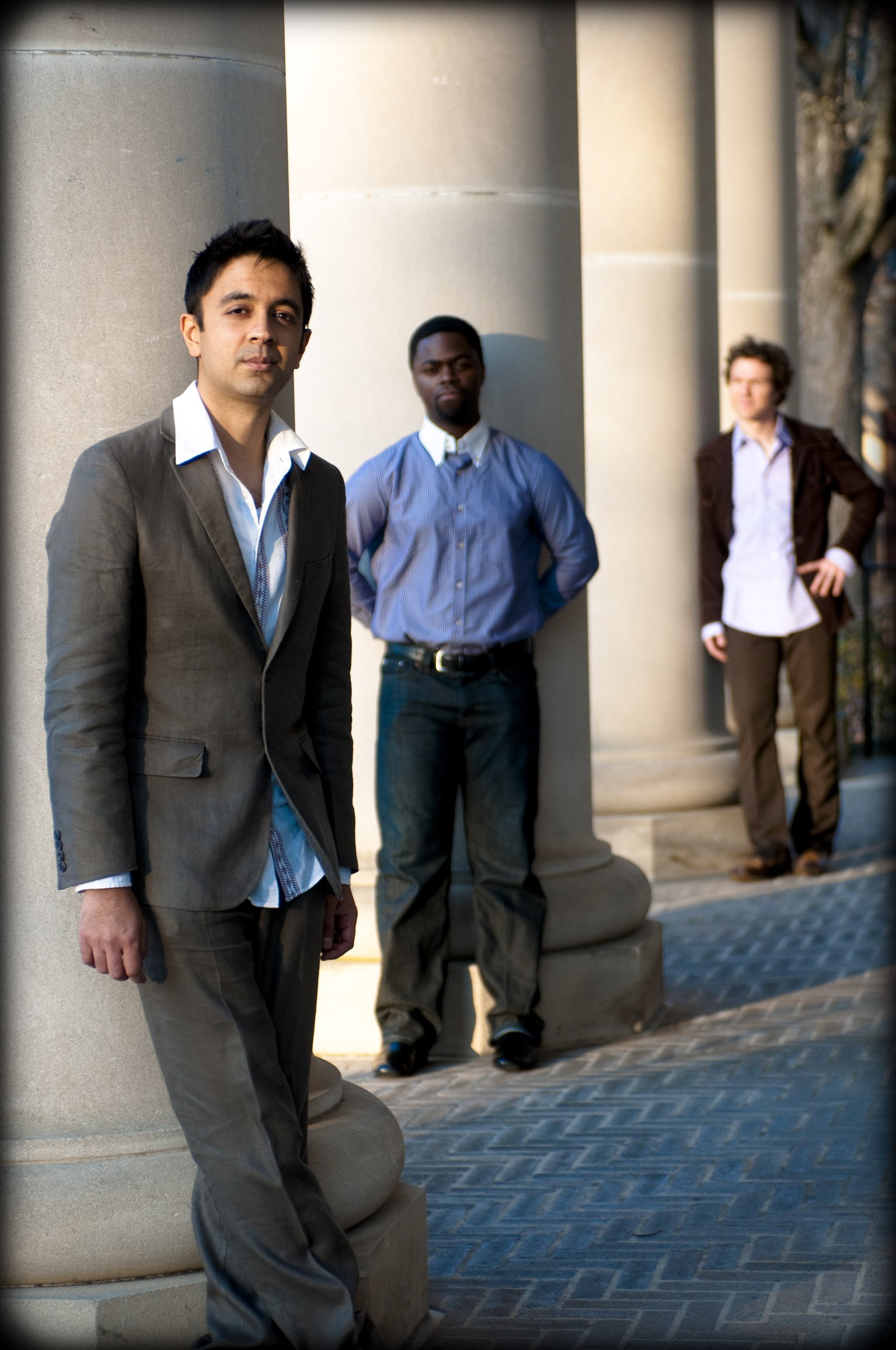 Vijay Iyer is at the top of his game and on top of the jazz piano world. He's been recording since the mid-’90s, but the mostly self-taught American-born son of Indian immigrants really broke through with his 2009 trio album Historicity, a collection mixing original tunes with pieces by Andrew Hill and Julius Hemphill and eclectic covers ranging from an MIA song to Stevie Wonder's "Big Brother" and Leonard Bernstein's "Somewhere" from West Side Story.

The CD garnered a Grammy nomination and was chosen jazz album of the year by critics for DownBeat, the Village Voice, the New York Times, the LA Times, the Chicago Tribune and NPR among others. The Jazz Journalists Assoc. named Iyer "Jazz Musician of the Year" for 2010. The Redwood Jazz Alliance felt lucky when they landed his trio for the current season.

The master pianist began his music education early: He was a Suzuki method violinist starting at age 3. His older sister played piano so there was one in the house. As he told the RJA's Michael Eldridge in an interview for KHSU, "When I was pretty small I started fooling around on my sister's piano. And because I had my ear trained through violin I was able to pick things out little by little. I basically learned piano by ear and by improvising; not through any kind of regimen, but by exploring the instrument and interacting with it, discovering it for myself." He concedes that it "took a long time," and "it's still ongoing 30-something years later."

He played piano in his high school jazz ensemble and took a few lessons but did not pursue music when he went into higher education. "I ended up going to college for something else entirely; I was an undergrad in the sciences at Yale." On weekends he'd head for New York City to hear the young lions of jazz. He went on to grad school at UC Berkeley, eventually earning a master's in physics and a Ph.D in technology and the arts. He saw that as his "day job." Meanwhile he was serving as house pianist in jam sessions at an East Oakland jazz club.

"Living in Oakland, I was playing quite a bit," he said. "After a few years I realized music was more important to me than physics." That led him to shift to an interdisciplinary degree he designed himself that involved publishing a paper on the neuroscience of music cognition.

"The academic work I did was completely connected to what I was doing as a musician. There's this whole field of music perception and cognition; Dan Levitan's book (This Is Your Brain On Music) is an example giving insights to how it all works, why we even like music, why we do it.

"What I found is, in the field there's nothing about rhythm; there's a lot of focus on harmony. Really, in the scheme of things in human evolution, if we want to get into cognitive universals of music perception, harmony is pretty recent. It's not the reason we have music, it's almost a byproduct of music. To me, rhythm and melody come first."

That last thought becomes clearer as you listen to the cognitive universality of Iyer's music -- smart, universal and sublime. His show this weekend should be the peak of the RJA season.

Redwood Jazz Alliance presents the Vijay Iyer Trio with bassist Stephan Crump and drummer Marcus Gilmore in concert Sunday, Feb. 6, at 8 p.m. in HSU's Fulkerson Recital Hall. Tickets are $15, $10 for students and seniors and are available at Wildwood Music, The Works, People's Records and at www.redwoodjazzalliance.org.