The Skin of Our Teeth 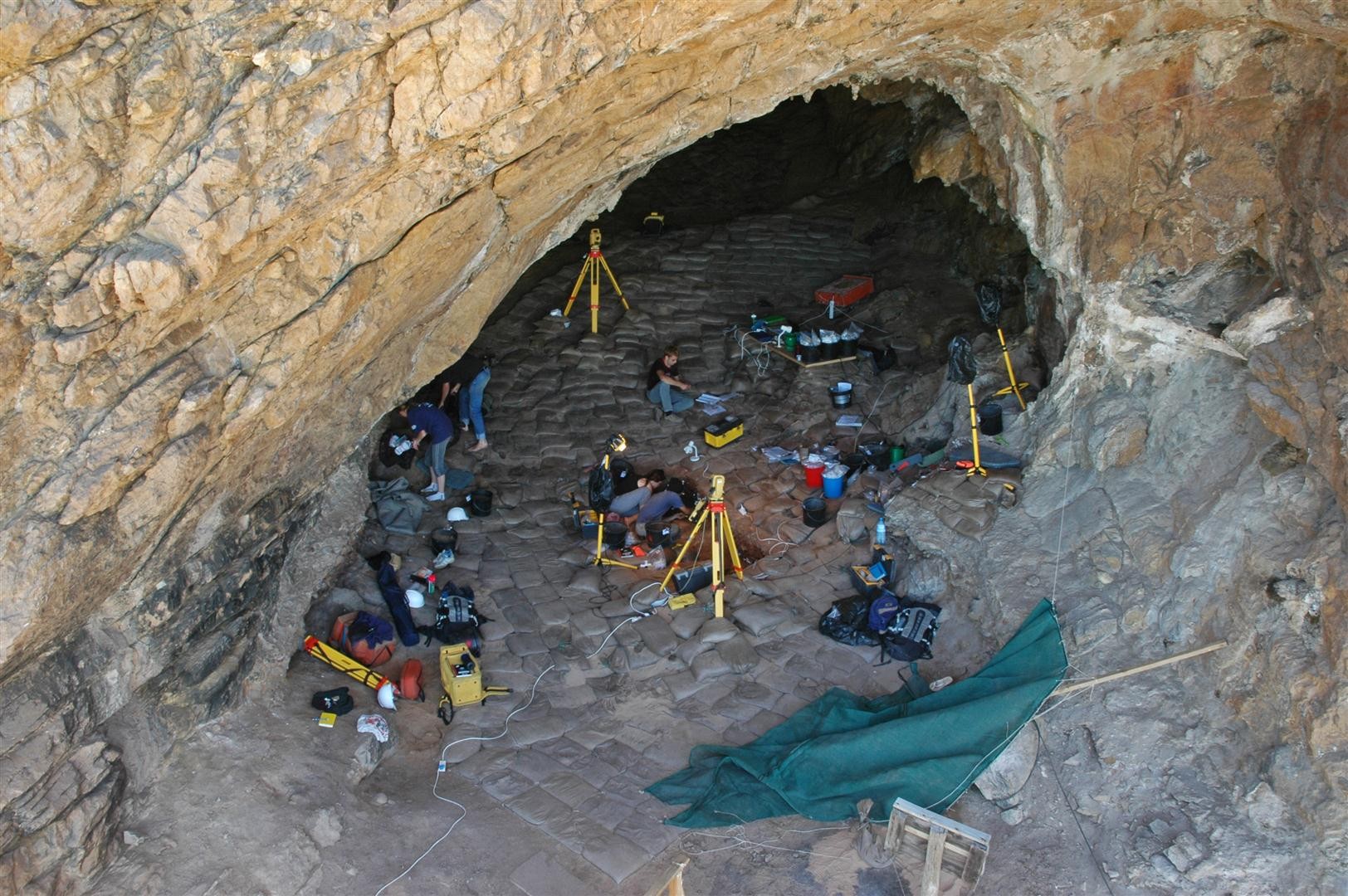 When a species gets down to a few hundred individuals, it is considered endangered. This was the case with our own species, Homo sapiens, whose numbers fell precipitously around 150,000-130,000 years ago, during the peak of one of the severest ice ages, the "Marine Isotope Stage 6." At that time, our ancestors all lived in Africa, when almost the entire continent was arid and inhabitable. To survive the extreme climate, they had to be in a place where consistent sources of protein and carbohydrate were available. Anthropologist Curtis Marean, writing in the August issue of Scientific American, believes that Pinnacle Point, a promontory at the very southern tip of South Africa, was that life-giving sanctuary.

In the 1990s, prior to Marean's investigations, geneticists studying human DNA -- especially that found in mitochondria (which is only passed on by mothers) -- began to suspect that all seven billion of us alive today are descended from a tiny African population. Relative to most other species, we have a very low genetic diversity, suggesting that our species passed through a "bottleneck" before surging in numbers and subsequently spreading out of Africa into the rest the world. Some -- perhaps all -- of our ancestors who made it through the climate-created bottleneck may have done so at Pinnacle Point.

Pinnacle Point is at the center of a particularly benign area where carbohydrate-rich tubers and bulbs and protein-rich shellfish were available at a time when the rest of Africa was going through a climate catastrophe. In particular, the convergence of two ocean currents at the southern tip of Africa encourages shellfish growth, especially during low water temperatures.

Cave 13B, located in a cliff now overlooking the Indian Ocean, is the most significant site found to date. Here, researchers uncovered evidence of early human consumption of shellfish and other marine resources during the Middle Pleistocene, which ended 126 million years ago. During the ice ages, the cave would have been some distance inland, suggesting that in order to make worthwhile treks to the ocean at low tide -- when shellfish were available -- the cave dwellers must have had a sense of lunar phases (which control the tides). Prior to the Pinnacle Point discoveries, such sophistication was assumed to have arisen much later in our ancestors.

It may well be that this food-rich oasis discovered by early humans was responsible for the survival of our species, and it was there that we made it through the worst period of glaciation -- by the skin of our teeth.

Barry Evans (barryevans9@yahoo.com) was delighted to discover the origin of "skin of my teeth" in the 19th chapter of his favorite Biblical book, Job.

Four Triangles: Make a three-sided pyramid with a triangular base.

Chess Board: These are equivalent problems. Each block covers one white and one black square, but since there are an unequal number of white and black squares to be covered, the task is impossible. Similarly, every even move will take the ant to a white square. To visit all 25 squares, it has to make 24 moves, the last move taking it to a white square. With one more black than white square on the board, this is also impossible.

Chain Reaction: $3. Cut the three links of one chain and use them to join the three other chains into one 12-link chain.

Hole in the Sphere: If the hole's diameter is zero, the problem reduces to finding the volume of a 2-inch diameter (1-inch radius) sphere, which is 4/3 x pi x 1^3 = 4(pi)/3, about 4.2 cubic inches. It's a fun exercise to prove that this works with any 2-inch long hole in a sphere.

Water and Wine: The amount of wine in the water glass must equal the amount of water in the wine glass, since each is replacing the other. (The numbers are red herrings.)

Tennis Tourney: 124. Each match eliminates one player. After 124 players have lost, one player remains unbeaten.