The Social Conquest of Earth 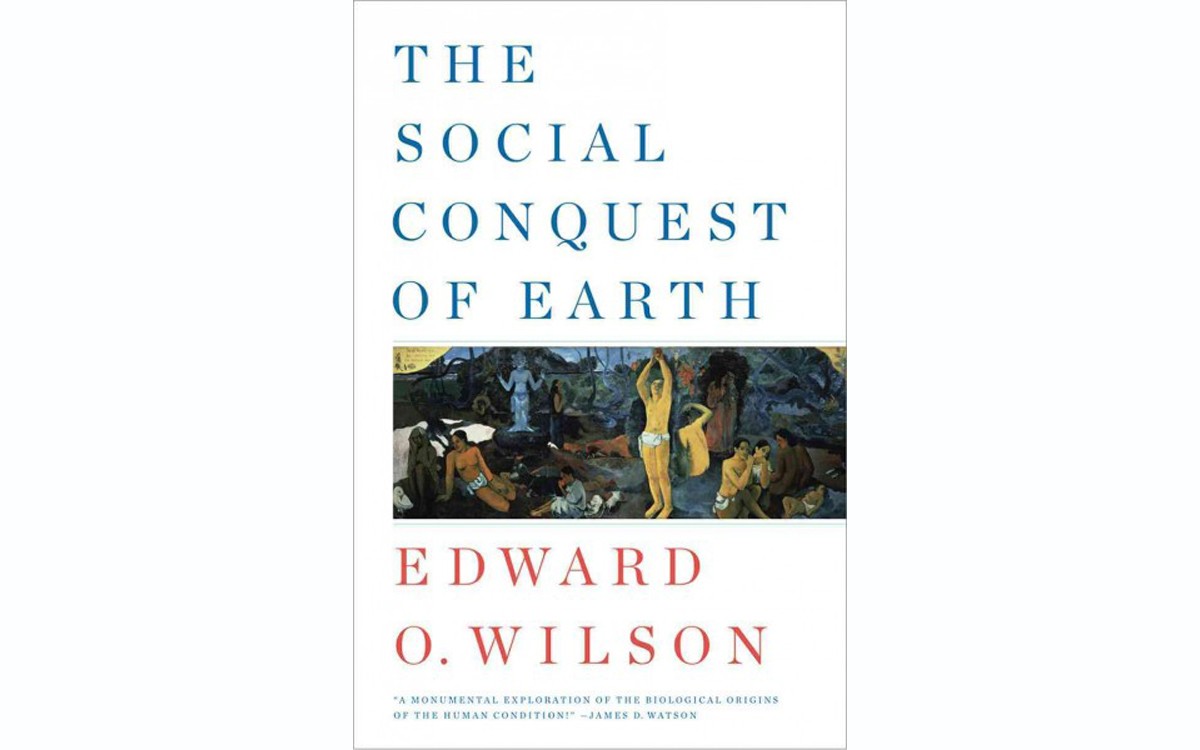 In examining the relationship of humans to the rest of nature as well as human nature itself, Edward O. Wilson has been a defining presence for some 40 years. He created the field of sociobiology in the 1970s. He won the Pulitzer Prize for On Human Nature in 1979, and with later titles (Consilience: The Unity of Knowledge and Biofilia) he added concepts (and buzzwords) to scientific and popular discussion.

His work has always been controversial, and assertions in this new book similarly attracted criticism from major figures. His rejection of "kin selection" in human evolution (a concept used to explain altruism that he previously championed) and his adoption of a form of "group selection" have received lengthy rejoinders from psychologist Steven Pinker and evolutionary biologist Richard Dawkins. (Dawkins also cites strong disagreement from scores of other scientists.)

It's not possible to even summarize these arguments in my allotted space. But I can instead discuss what contending scientists largely do not: This book as a reading experience.

Whatever the results of scientific debate, the central theme of this book is a bracing corrective to the run of evolutionary theory since Dawkins' selfish gene thesis began to dominate. Wilson looks at human evolution not as isolated every-individual-for-itself battles of one against all (let alone every gene for itself), but by recognizing the reality of humans as social beings. He has a word for natural selection that responds to the social context as well as the rest of the environment: eusociality.

In under 300 pages, Wilson discusses the latest of what's known about biological and cultural human evolution, and focuses his theories on the origins of morality, religion and the creative arts. Lynn Margulis noted that previous evolutionary theorists failed to account for the role of symbiosis because they studied big animals, not the bacteria and tiny organisms she studied. Wilson uses his knowledge of social insects (his first area of expertise was ants) to challenge prevailing assumptions that might be equally blinkered. Recent science in animal intelligence as well as a more modest view of genes themselves argue for greater complexity than the previously dominant mechanistic theories allowed. So a different approach like Wilson's fills a need.

Some of his scientific arguments get technical. Some chapters seem more cogent that others (I found "What is Human Nature?" disappointing). But mainly Wilson's prose is clear, informative and at times provocative. However controversial, he presents a refreshing and even hopeful synthesis, arguing that knowing our biological history is essential to saving our magnificently unlikely species at "the growing point of an unfinished epic," as well as to saving the rest of present life we have imperiled.