The Strange Case of Gluten 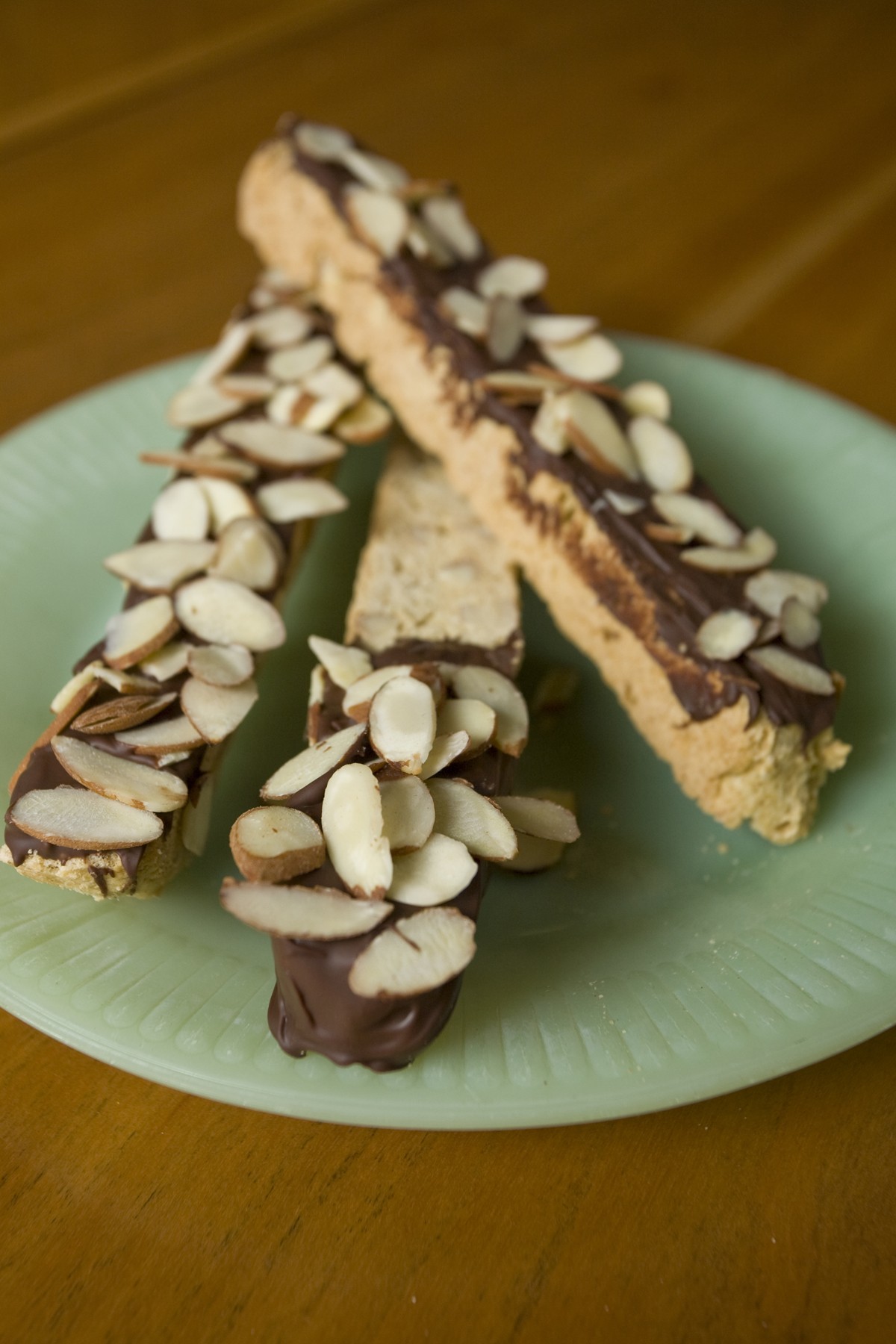 Gluten, a protein composite present in wheat and other grains, appears to be a kind of Dr. Jekyll and Mr. Hyde, a friend to bread bakers and a foe to people with celiac disease or gluten sensitivity. Let's take a closer look at this "strange case."

First gluten as Dr. Jekyll: The long molecules of gluten (insoluble in water) make for "resilient and stretchy" dough. "If you are making bread, you want gluten in the dough, so that when it's baking the walls of the little air pockets formed by yeast expand but don't burst open," according to a 2009 Harvard Health Letter.

From the same source, we also get a description of gluten as Mr. Hyde: "In the context of celiac disease, gluten refers to the protein of grains capable of provoking an autoimmune response. Other grains also contain protein, but wheat, barley, rye and spelt contain varieties that aren't broken down by digestive enzymes." When the proteins are absorbed into the walls of the small intestine of those with celiac disease, the immune system views them as intruders and unleashes an inflammatory response that damages the intestinal villi, which, as a result, "produce fewer digestive enzymes and absorb fewer nutrients." This damage does not occur in people with either gluten sensitivity or wheat allergy. The treatment for celiac disease is a gluten-free diet for life. Once such diet is started, the body begins to repair the existing damage and further damage is prevented.

Recent research has recognized gluten sensitivity as a distinct condition. Until disease markers are identified, diagnosis is basically made by excluding other causes, like celiac disease (based on the absence of intestinal damage), and by reduction of symptoms following a gluten-free diet.

Wheat is among the top eight food allergens in the United States, the others being milk, eggs, peanuts, tree nuts, fish, crustacean shellfish and soy. People allergic to wheat usually do not need to avoid other grains, like rye, barley or oats.

As awareness about celiac disease and gluten sensitivity has increased, knowledge about gluten-free options and products tailored to people who need to eliminate gluten from their diet have increased as well. Fruits and vegetables, tree nuts and seeds (e.g., flax, quinoa), fresh fish and eggs are among foods naturally free of gluten and so are rice and corn. While wheat, rye and barley flours are off the menu, flours from gluten-free foods are in: chestnut, chickpea, potato, quinoa, sorghum, tapioca and teff flours, for example.

While they may sound unfamiliar, these are not new flours. Chestnut flour is the main ingredient of castagnaccio, a traditional Tuscan cake with raisins and pine nuts, flavored with rosemary. The kind of large, unleavened pancake called socca in southeastern France and farinata in nearby Liguria (Italy) is made with chickpea flour. And teff flour is used in Eritrea and Ethiopia to make the spongy yeasted flatbread called injera (which doubles as an eating implement).

Gluten-free flours and starches are interesting ingredients not only to people adversely affected by gluten, but also to those like me, who simply want to broaden their gustatory horizons. Both groups were among those attending a recent class on gluten-free baking held at the Eureka Co-op. Instructors Rosa May Dixon and Milia Lando are the owners of Natural Decadence, a local bakery focusing on gluten-free desserts (that are also nut, egg and dairy free).

During the class, we made chocolate chip cookies and tartlets with a chocolate filling. Divided into teams, we all used the same recipe and the same gluten-free flour mix to make pie dough for the tartlets. To make the cookies, on the other hand, each team received instructions to create a different gluten-free flour blend. The resulting cookies were different in look, texture and flavor and provided a sense of the range of options open to people willing to experiment.

Gluten-free flour mixes for various uses are commercially available, but people may develop their own. To do so, a knowledge of the characteristics of each type of flour is needed. A handout on gluten-free baking from the Colorado State University Extension lists 19 types of gluten-free flours and starches and their characteristics. In gluten-free baking, eggs can replace many of the functions that gluten usually provides in baked goods. Xanthan gum or guar gum are used (in small amounts) as thickeners and binders.

While there is not enough space here to go into everything we learned, I encourage you to try some gluten-free flours in your baked goods. Dixon and Lando repeat the gluten-free baking class mentioned above on Tuesday, May 22, at the Eureka Co-op and offer a more advanced class on Thursday, May 31.

To end on a sweet note, here is a gluten-free recipe for biscotti that uses a combination of sorghum, tapioca and rice flour. Living without gluten certainly does not mean living without the pleasure offered by biting on a biscotto. Even if you don't need to worry about gluten, you may still want to try the distinctive flavor and texture of these biscotti. I'm glad I did.

Cream butter and sugar until light and fluffy. Mix in eggs and extracts.

Combine dry ingredients in a large bowl and slowly add creamed mixture. Mix by hand until combined. If using, add almonds and/or chocolate and incorporate. Turn dough out onto baking sheet lined with parchment paper or foil.  Shape dough into a log approximately 3/4" high by 4" wide.

Bake log at 350 degree for 20 minutes. Cool for 5-10 minutes. Transfer log onto cutting board and cut log at slight diagonal into 1/2" pieces and arrange on baking sheet.

Reduce heat to 300 degrees and bake 40 minutes or until the desired doneness.

Want more chocolate?  Try dipping ends in melted chocolate or spreading it on one side and sprinkling it with sliced almonds for a more finished look.

Simona's note: chocolate and/or almonds can be omitted, based on dietary requirements. Being free from such requirements, I used both, while omitting the anise extract to satisfy household's taste. The household (my husband) really liked these biscotti.

A couple of pointers for people who want to learn more about celiac disease:

And the University of Maryland Center for Celiac Research: www.celiaccenter.org, in particular, the FAQ pages for celiac disease and gluten sensitivity.