The Tribes of Burning Man

By Steven T. Jones, aka Scribe 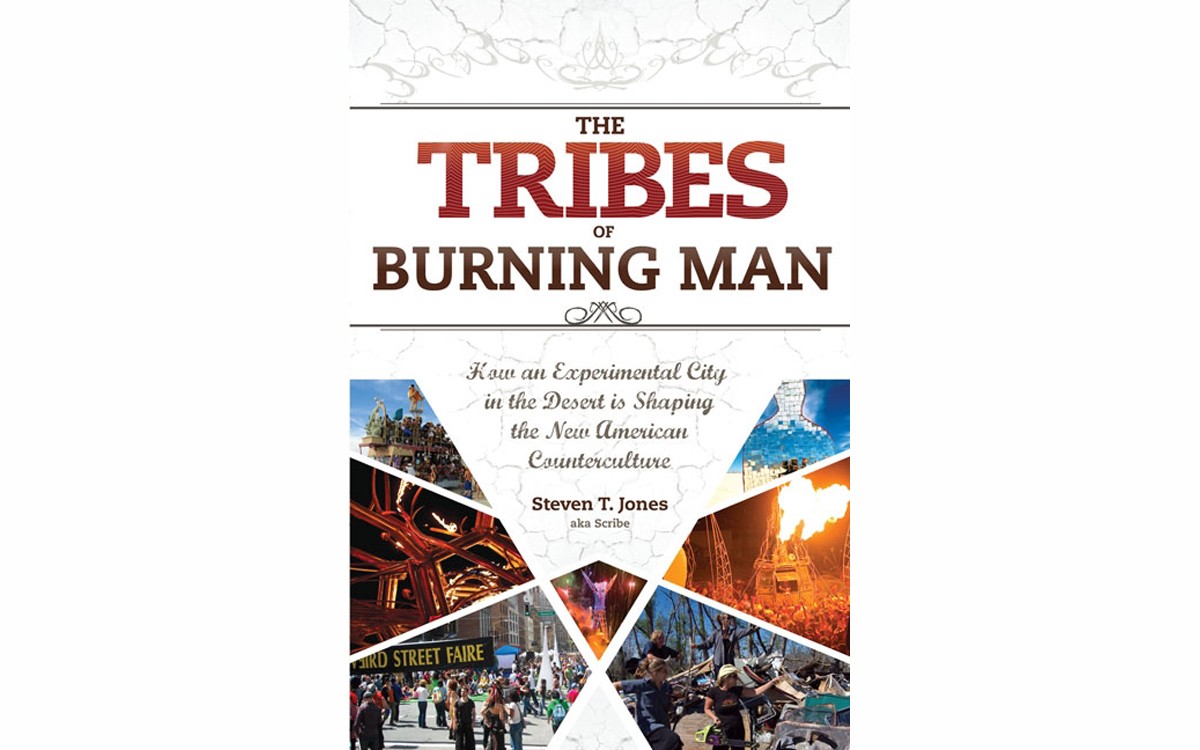 Burning Man, an arts festival in the desert that favors fire art, is also a temporary city for the week before Labor Day. As a cultural experiment, the event explores alternative ideologies regarding power, transportation, trade, volunteerism, infrastructure, interdependence and art. It has also been called the biggest party on the planet, with a recent attendance of around 50,000 people.

Steven Jones' book attempts to tackle the immense philosophy stated in its subtitle: How an Experimental City in the Desert is Shaping the New American Counterculture, but it barely scratches the surface and is ultimately convoluted and repetitive. He focuses on the big-name artists and DJs of the "sound" (read "rave") camps and glorifies the mainstreaming of the event, which, among Burners, is not widely considered a good thing. He excludes integral groups such as the Department of Public Works, which spends months building -- and erasing -- the city's infrastructure each year. The pseudo-chronological format is hard to follow, and it's difficult to ignore just how fond Jones seems to be of his own work, as he has included his previously published articles on the event in their entirety. He does make a few good points on the topic, but he asks the reader to wade through lengthy off-topic stories and his own drug-riddled diaries of the event to find them.

He discusses a few of the more significant cultural offshoots of the event, including regional events and Burners Without Borders, which began when hundreds of Burners went to New Orleans to clean up and rebuild after Hurricane Katrina, led in part by veteran burner Tom Price. Price has amazing things to say regarding why Burners are uniquely able to go out into the world and affect change -- I'd love to read the book he'd write.

Jones finds a few others to paraphrase his ideas, and includes some good quotes from event founder Larry Harvey, but whenever he returns to the supposed point of the book, he comes back to Price, quoting him in almost every chapter. Other descriptions, explanations and quotes are also repeated, word for word, throughout, at one point using the same quote in consecutive paragraphs.

If you want a history of the rave scene at Burning Man complete with drug and glitterati references, you will love this book. If you're interested in how Burning Man could affect the real world, watch Larry Harvey's Time.com interview 5 Things Cities Can Learn From Burning Man. If it's an unbiased, well-informed history and exploration of just what the hell Burning Man is that you're looking for, I recommend This Is Burning Man by Brian Doherty.