The Truth About Stories: A Native Narrative

The Truth About Stories: A Native Narrative 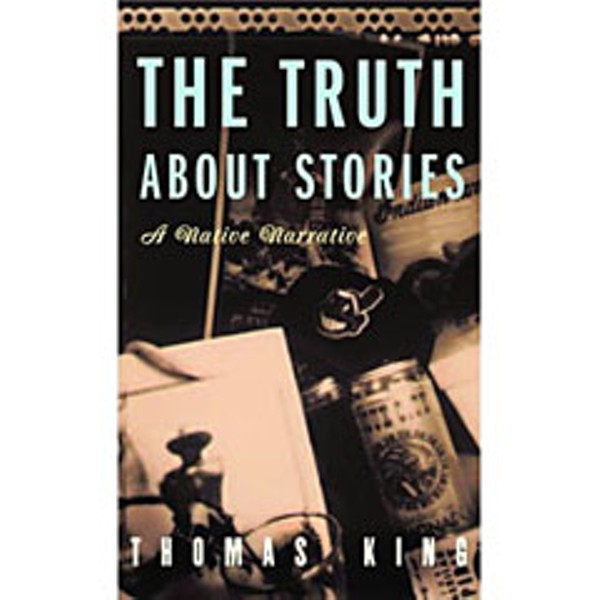 Thomas King is a Native writer who teaches in Canada and published most of his fiction while living there, including his novels, Medicine River (made into an obscure but amusing movie starring -- who else -- Graham Greene), Green Grass, Running Water and Truth and Bright Water, all of which are, among other things, pretty funny.

Born in Sacramento of Cherokee parentage, King is best known locally as the author of a short story first published in the 1980s called "Joe Painter and the Deer Island Massacre," only around here we know it as the Indian Island Massacre. This infamous moment in North Coast history was mostly only whispered about then.

As a university teacher and scholar, King is fully capable of presenting facts and analysis in non-fictional form. But in this book he simultaneously demonstrates that the story form not only communicates fact and analysis with different subtlety and depth, but can be an essential part of the meaning itself.

"The truth about stories is that that's all we are," he writes. That we learn primarily by stories is widely asserted these days, but King is very skilled at telling stories, and his adaptations of a Native storytelling style help this book treat some old subjects in a different way, producing some "aha" moments for both those familiar with these issues and those new to them.

He contrasts a Native creation story in which animals cooperate in contributing elements of a new world with the Biblical version of authoritarian hierarchies, and shows how these stories are supported by how they're told. He explores the complexities of identity and societal expectations, and their relation to narrative strategies in contemporary Native literature. Every story doesn't have to mimic Greek drama: It can be, for example, like a traditional honor song.

He does all this and more with a deceptively light touch. He happily mentions Will Rogers, the great American humorist of the 1930s, who, like King, was born Cherokee.

King's main source of humor is the trickster figure of Coyote, who makes several direct appearances here as well as inspires a lot of his tone and narrative moves. But he leaves out my favorite of his Coyote stories, told in a poem called "Coyote Learns to Whistle." Weasel tells Coyote he can whistle if he ties his tail in a tight knot, and Coyote ties his so tight the tail breaks off.

"Elwood told that STORY to the Rotary Club
in town
and everyone laughed and says what
a STUPID Coyote.
And that's the problem, you know,
seeing the DIFFERENCE between stupidity
and greed."

With a little autobiography and some sharp observations, The Truth About Stories is seductive, entertaining and sneakily profound.