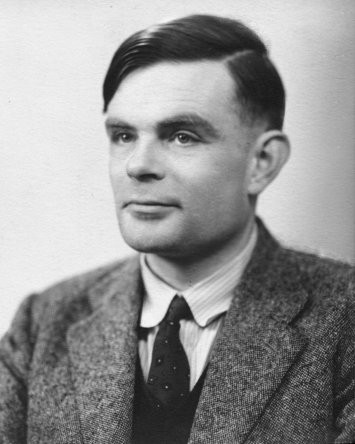 The English mathematician Alan Turing is generally considered to be the father of AI, artificial intelligence. His seminal 1950 paper Computing Machinery and Intelligence begins: "I propose to consider the question, ‘Can machines think?'" It was a bait-and-switch tactic, of course, given that no one, then or now, really has any idea how to define "think." Turing promptly substituted his original question with an easier challenge, whether a human judge could be fooled into believing that a computer is a person.

The set-up is pretty simple, reminiscent of the party game in which notes are passed back and forth between a man and a woman and the rest of the guests (in another room) who have to figure out which is which, while the pair being questioned do their best to fool others into believing the woman is the man and vice versa. In the "Turing test," a judge texts back and forth with either a human or a computer, and after a predetermined length of time (usually between five and 20 minutes) guesses which it is. Since 1991, the annual Loebner competition has teams of computer programmers trying to fool the judges, with mixed results. What would you have concluded, for example, from this portion of the 1992 competition transcript, in which two judges are trying to decide if "Terminal 4" is human or not?

Terminal 4: If you don't know the difference between men and women by now, I don't think there is much hope for you!.

Judge 4: Who said I didn't know the difference?

Terminal 4: The big difference is that men hunt and women nest. I am, therfore I compute.... You are sure?

Judge 3 (new judge): you are, therefore you compute? are you a man or a wom?

Terminal 4: If the question is whether i, myself, am a man or a woman I will answer very plainly that i am of the masculine gender, ok? i see. was your consciousness ever expanded?

Terminal 4: Bly's wild man movement is certainly a rational response for men who feel left out and perhaps even feminized by women's lib.

Back to Turing's original question, i.e. whether machines can think. In 2001: A Space Odyssey, HAL certainly gave the impression of thinking as "he" reasoned with and deceived two smart astronauts. Android Lieutenant Commander Data of Startrek: TNG sometimes appears more human than human. At what point of computer sophistication will we allow that machines can think? (Or to twist the question only a tad, when will we be willing to acknowledge that we are essentially 100-billion neuron machines?)

When 41-year-old Alan Turing took his own life in 1954 after being convicted of homosexuality in the repressive climate of post-war Britain, he deprived the world of one of the brightest, most inventive minds of the 20th century. In his short lifetime, he not only founded AI, but also the field of computer science (essentially by formalizing the concept of "algorithm" as a list of computer instructions) -- leading to the concept of a "Turing Machine" universal computer. Sounds like a future column.

Barry Evans (barryevans9@yahoo.com) was happy to see that "Terminal 4" was a computer, typos and all.