The Turquoise Ledge: A Memoir 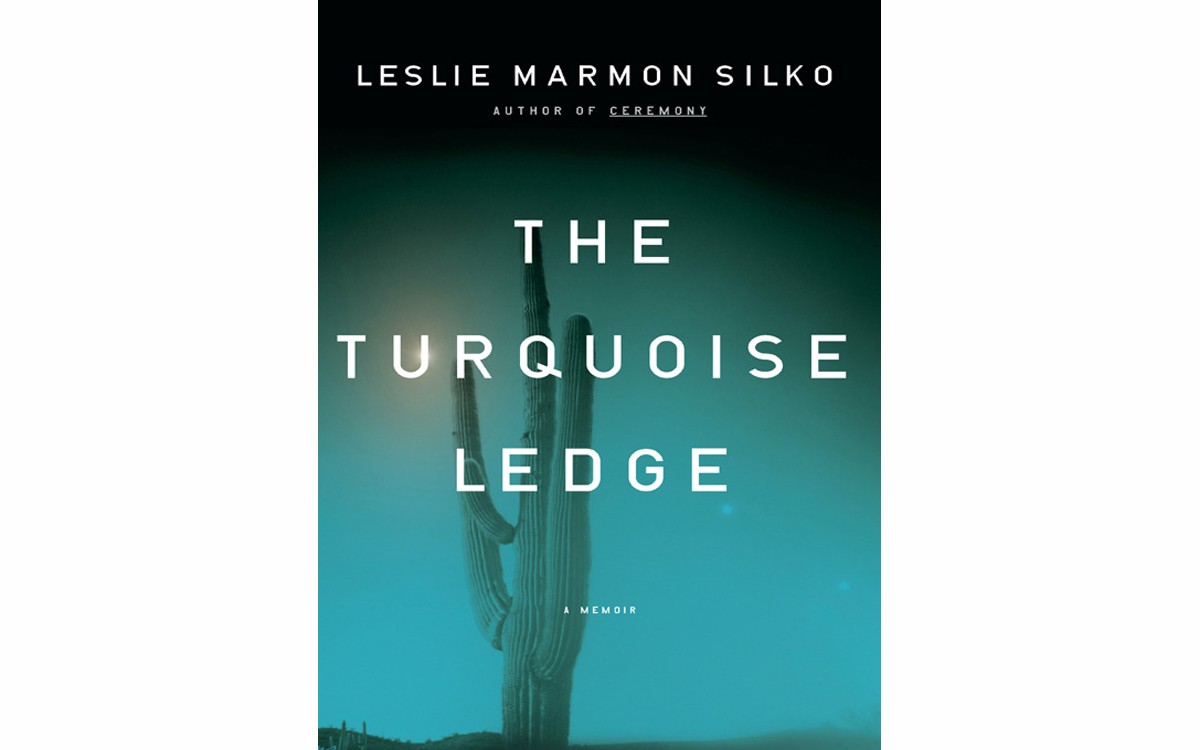 If somehow this civilization survives much longer, I expect that Leslie Marmon Silko will be judged a major American writer -- especially because in order to survive, it's likely this civilization will need to pay attention to her perspective. While Ceremony, her first novel, is her most familiar (partly because its handy brevity makes it teachable), her most important work is probably her powerful epic novel, Almanac of the Dead. Twenty years after it was published, it still has a lot of truth to tell about America today.

From her short stories and poems to her 1999 novel, Garden of the Dunes, Silko has been a stubbornly original voice. One of the baby boomer generation of Native novelists and poets that broke into the American mainstream, she is now an Elder. So this book is called a memoir, and though it is revelatory, it's not like any memoir you've read before.

Though observations about her mixed-ancestry past float through the narrative, it is focused on the present, and her home at the edge of the desert outside Tucson. Its major characters are rattlesnakes, rainclouds, Star Beings, macaws, grasshoppers and rocks -- particularly those flecked with turquoise. Her references include tribal wisdom and old stories, and the language of various sciences and metaphysical systems. She comes across evidence of generations of Native settlement every day, while the 21st century is present in plastic garbage and the steady intrusion of McMansions. She realizes that her old house will be overrun soon after she's gone.

She sometimes seems to stretch into eccentricity, yet some strange stories -- that snake oil works, that bees recognize people -- come from history and science. There are sentences that shine like turquoise in the sun, but much of the value here is cumulative.

"I make myself a fictional character so I can write about myself," Silko says in the preface. And so we see her nearly always in solitude, though also nearly always in motion. People in her daily life are barely mentioned except in relationship to the world within walking distance of her house, and within the house and its perimeter. Here is the center of memory, history, family, geology, spirituality, coincidence, causality, the laws and mysteries of the cosmos, time itself. Because here is where it is being lived, where she is living it, and it is living her.

Everything returns to the dailiness of her relationship with the life of the natural world around her. It is the ground of her being, and the ground of all being on this Earth. That to me is what this book is all about.