The Unity of Life 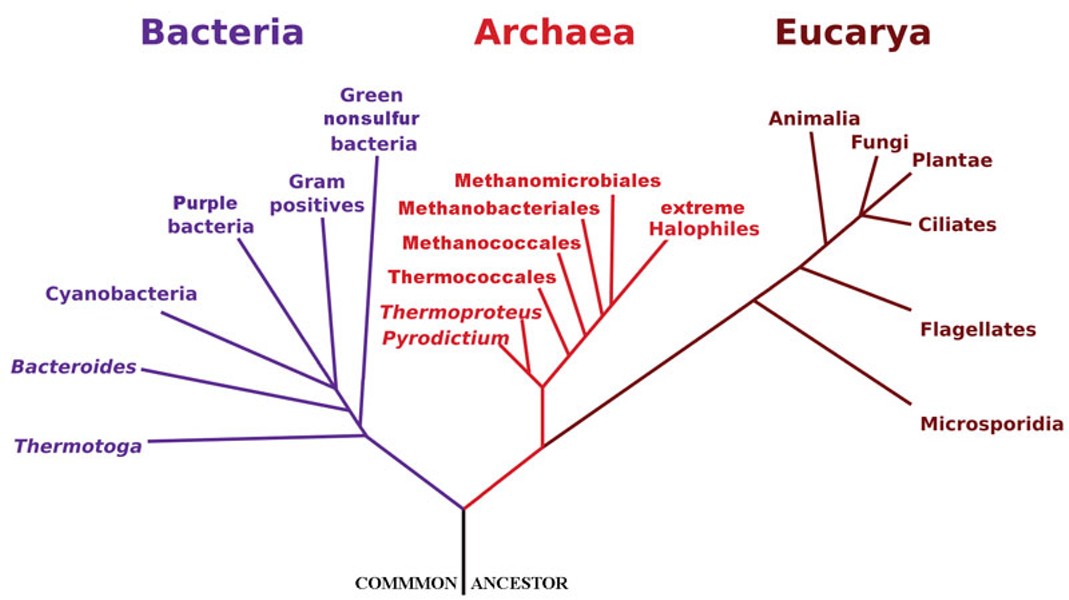 Phylogenetic Tree of Life by Eric Gaba of the NASA Astrobiology Institute.

Terrestrial life is a thing, singular. Every shred of life on Earth (two million species we know about, plus maybe another 50 million we don't) — plants, animals, bacteria, fungi and all the rest — derives from a single organism that began replicating nearly 4 billion years ago. Our ur-ancestor is shown at the very bottom of the black line in the accompanying phylogenetic diagram. Since then, evolution has given us the wild exuberance of life that's around, above, below and inside us.

Dozens of lines of evidence lead to the conclusion that all species are interconnected. For instance:

All organisms use the carbon-based DNA molecule, built on four nucleobases (CGAT: cytosine, guanine, adenine and thymine), to transmit genetic information from one generation to the next.

Despite the existence of about 140 naturally occurring amino acids, all living organisms select from a set of just 23 of these.

And all of those are "left-handed," though "right-handed" amino acids exist in nature. (Handedness, or "chirality," of molecules is analogous to how our two hands are essentially different: one can't be superimposed on the other.)

If life had arisen multiple times instead of just once, we'd expect to see variance in the above basic molecules, such as the occasional right-handed amino acid or another genetic transfer mechanism besides DNA (RNA, for instance, which is similar to DNA except it substitutes uracil for thymine).

When we attempt to trace our family tree back to its origin, we find that micro-organisms called "extremophiles" dominate the earliest forms of life. The "extreme" part of the term implies that they live in hostile environments — only from our point of view, of course. These little critters thrive just about anywhere. Sites with strong acids, alkalis or radiation, boiling springs, frozen Antarctic lakes, deep underground caverns — bring it on! After all, that's where these guys came from. (Think of Brer Rabbit, "born and bred in a briar patch.") They didn't so much adapt to Earth's early environment as they sprang from it. Later, what we think of as "ordinary" life descended from them, as the diagram shows. (Humans come under the tag "animalia," just one twig on the "eucaryia" branch.)

The unity of life on Earth is what makes the search for it elsewhere so exciting. Finding life in the oceans beneath the ice of Europa, or in the hydrocarbon lakes of Titan (moons of Jupiter and Saturn respectively), would double our sample size. And if we do find extraterrestrial life, what will it look like? How will it reproduce? Will it be based, like ours, on carbon, or silicon, or ...? Are its basic molecules right- or left-handed? Are we sure we'll even recognize it as alive?

All this is moot if life is unique to Earth. But I'm pretty optimistic we'll find something out there. The question is, what?