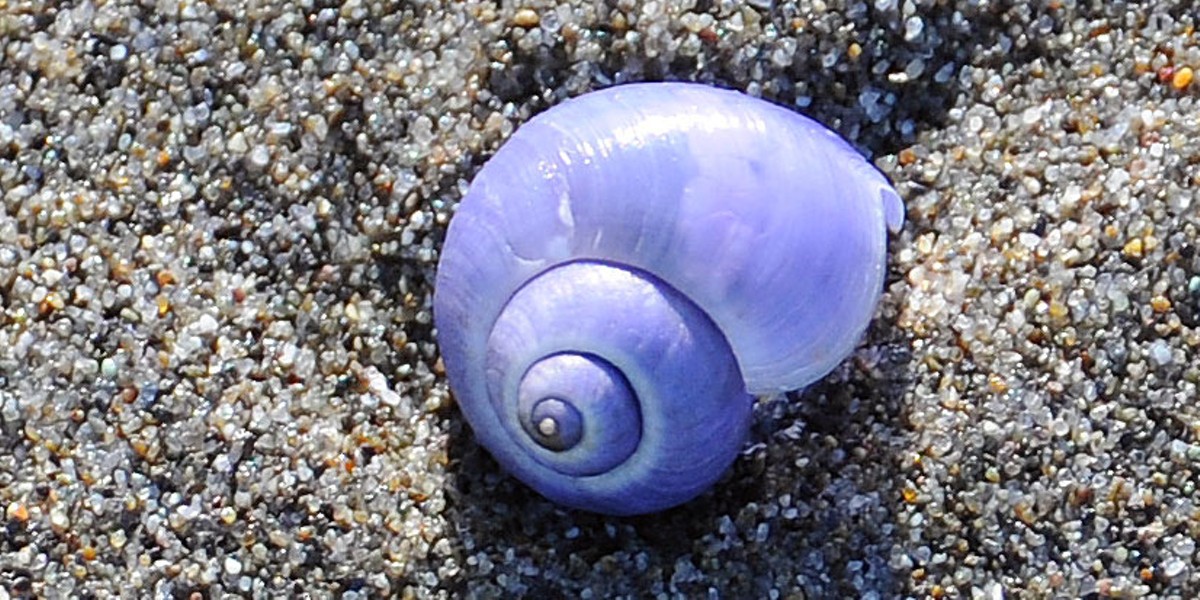 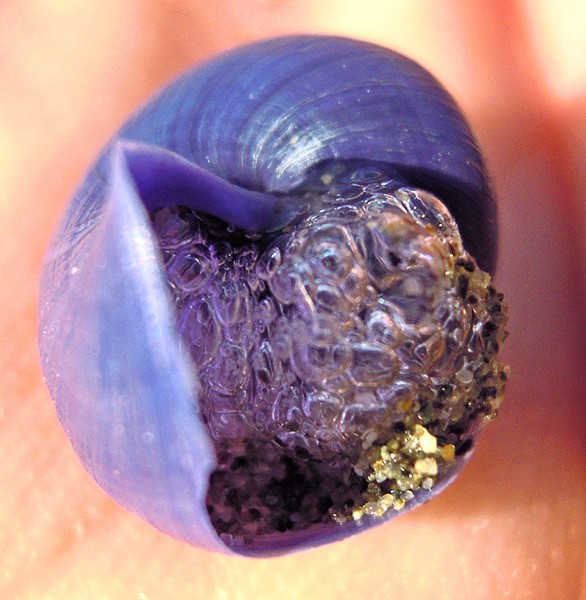 Photo by Mike Kelly A Janthina with its bubble raft.

Photo by Mike Kelly A handful of Janthina with their bubble rafts.

Photo by Mike Kelly Tiny Janthina in a vial. 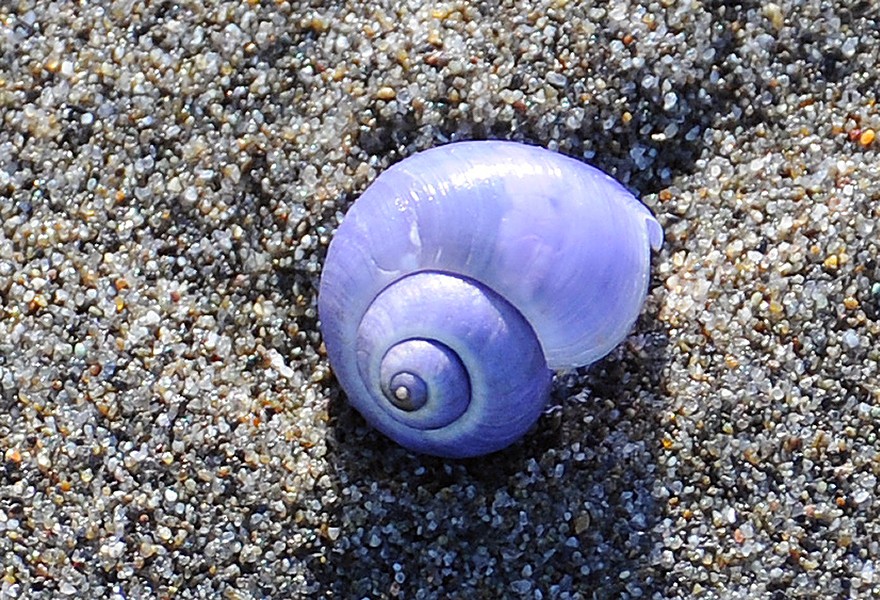 When it comes to snail appreciation, there are three types of people.

Type 1 people display no curiosity about snails and don't want to learn anything new anyway. Fortunately, these shit-for-brains wouldn't read this newspaper, so I haven't offended anyone yet.

Type 2 people are snail-curious and may actively seek information about snails but they'll only accept information that supports what they already believe. Fortunately, nobody places themselves in this category, so I still haven't offended anyone.

Type 3 people are also curious snail information seekers but they typically use objective reality as the basis for their beliefs. These people go without bias to wherever snail science takes them.

So, let's see what happens when Type 2s and 3s are presented with hitherto unknown radical snail facts.

Everyone knows that snails crawl along the forest floor, on the bottom of a tide pool or through gardens. They always ride a trail of slime, munching on plants or gunk as they cruise along.

So far both parties are comfortable.

But now I tell them that there are beautiful carnivorous snails that build rafts and drift around on the high seas hunting their prey — prey that could take down a human.

The Type 2 person says, "I've never heard of that before, so snails don't do it. You're obviously a shill for the Snailluminati. Your lies prove that the shadow government covertly places chemicals in snailtrails to control the minds of the workers!"

It's called the violet snail. There are several species around the world that are normally found in tropical and subtropical waters. Its genus name is Janthina, which conveniently means "violet colored." Its raft is made of fortified bubbles that the snail holds onto with its foot. If the snail loses its raft, it will sink and die. Other hazards include being eaten by juvenile sea turtles.

The Type 2 person says, "You're changing your story! That totally verifies the snailtrail conspiracy!"

No, that's simply a clarification following some harmless hyperbole. It doesn't prove anything.

The Type 3 person says, "Do they ever wash up nearby so we might see some for ourselves?"

Yes. In April of 2015 I found dozens washed up near the Mad River mouth, mixed in with stranded by-the-wind sailors. Keep an eye out for them whenever you see those blue jelly-like things washed up.

"I knew it," says the Type 2 person. "The blue jelly things are part of the conspiracy, too. Your overlords are obviously trying to cover up their snailtrail mind control plot by concocting a series of lies involving many high-level politicians, the military and a fake super-snail that can supposedly save us from our enemies if we'll only look out to sea instead of right under our own noses! Your so-called column in this so-called paper has been advancing this agenda in coded language all along. Plus, plus ... Fukushima!"

Wow, Type 2 person ... You are right — it's an inside job. You'd better post a link to this story on your social media before it's too late. And tell your followers to click "like" or else, um, my handlers will add fluoride to the world's supply of flu vaccines.

I turn to wink at the Type 3 people but they already went to the beach.