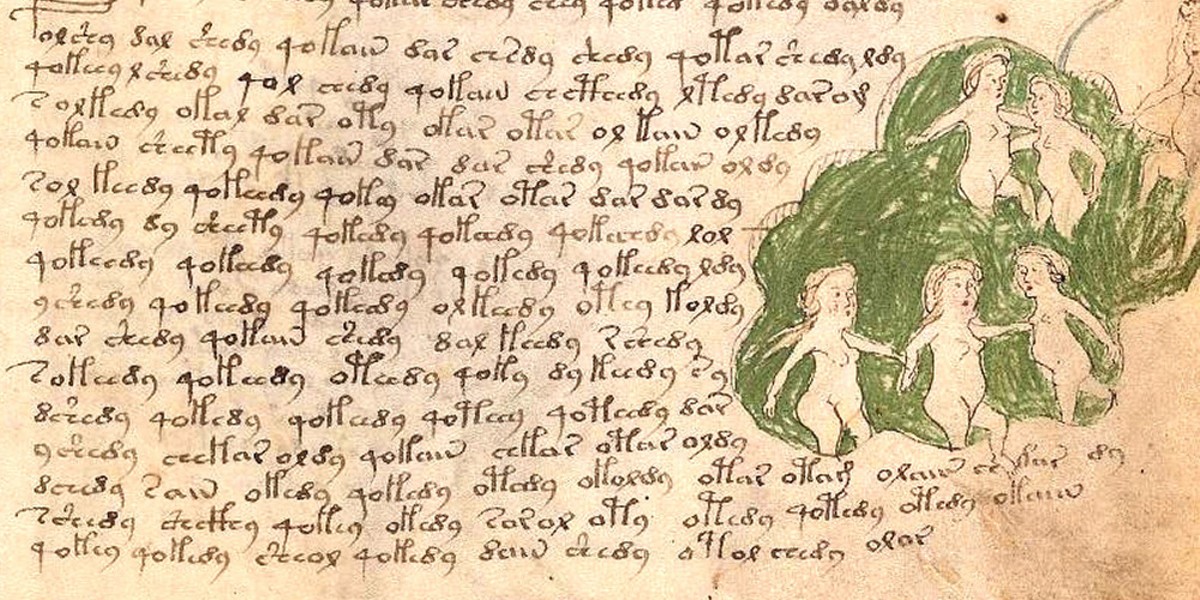 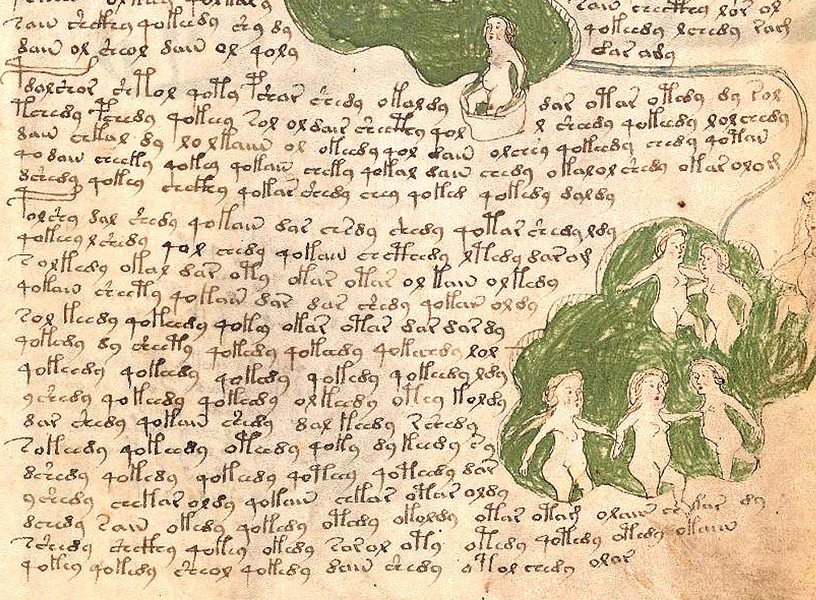 Public domain Detail from one of the Voynich Manuscript's 240 pages.

And here we go again. Every two or three years, ever since the so-called Voynich Manuscript resurfaced from obscurity in 1912, professional researchers and amateur decipherers announce they've decoded this 15th century book. This time around it's Greg Kondrak, professor of computer science at the University of Alberta in Canada, who used artificial intelligence techniques to translate, well, not the entire book, actually, despite the headline. Just the first sentence. Here it is: "She made recommendations to the priest, man of the house and me and people." Kondrak says, "It's a kind of strange sentence to start a manuscript but it definitely makes sense." If you say so.

Kondrak joins a long list of would-be decoders, starting in 1921 with a University of Pennsylvania researcher who ignored the actual visible text; he proposed that the real message was in "Greek shorthand" buried within individual letters and only visible through a microscope. (No one else could see them.) Since then, claims for a Greek/Latin/Egyptian/Ukrainian/Arabic/Hebrew/Flemish/English basis for the manuscript have regularly appeared — and shown to be false. I expect the same fate awaits Kondrak's AI effort.

The manuscript is a vellum codex, or bound book, of 240 pages (out of an estimated 272 original pages) made from calfskin. This skin was recently radiocarbon-dated to between 1404 and 1438, thus establishing the earliest date for the writing. Although attempts at deciphering have so far failed, the colored illustrations tell us that the book includes sections on herbs and botany, astronomy and cosmology, and pharmaceutical cures. And nymphs, lots of nymphs (see the accompanying illustration).

Whatever the curious symbols mean, they appear to be letters comprising a 25-character (more or less) alphabet. Words are between two and 10 letters long, with no punctuation. Written in an unknown language in an unknown script, the manuscript is generally assumed to be in code. However, there's no indication of any delay or hesitation between characters, which would be expected if the scribe were encoding while writing. And, even more curious, the unknown author corrected not a single character out of the total 170,000 letters. The fluid nature of the script seems to be telling us that the book's architect wrote in a natural script in his or her natural language.

Skeptical readers will surely be asking by now if the whole thing is a hoax, either created several hundred years ago as a money-making scam (Emperor Rudolf II, 1552-1612, supposedly bought it for 600 ducats, or 73 ounces of gold) or forged more recently. If the latter, prime suspect is the eponymous Wilfrid Voynich, a Polish book dealer, but this seems farfetched in the light of the radiocarbon dating. He said he bought it in 1912; how could he have acquired so much untouched 500-year old calfskin?

So the mystery remains, having stumped experts in medieval history, codebreakers from the two world wars, professional linguists and amateurs from all over. It's available at www.archive.org/details/TheVoynichManuscript. Want to give it a try?

Barry Evans (barryevans9@yahoo.com) is still skeptical, having been completely fooled by the 2012 "Gospel of Jesus' Wife" hoax.