By The Books - Temporary Residence Limited 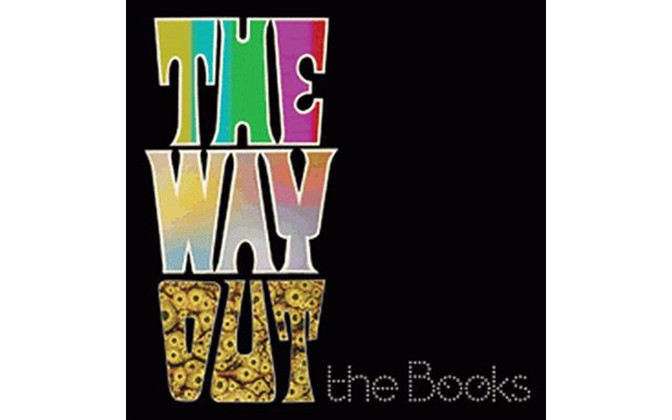 It began with a dinner invitation. Based in North Adams, Mass., the experimental duo The Books was formed in New York City in 1999, when cellist Paul de Jong invited guitarist and vocalist Nick Zammuto, who lived in the same building, over for dinner. After de Jong played Zammuto some of his collection of audio and video samples, the two found a shared interest in their philosophies on pop music. Since The Books' 2002 debut, Thought For Food, the band has offered a string of releases consisting of distinct musical collages, blending together acoustic instruments with electronic elements and audio samples, derived from a wide range of found field/home recordings and antiquated industrial and commercial cassettes, videotapes and records.

After treading the gray area between more frenetic experimentalist groups like Lucky Dragons and more folk-based avant-garde groups like Chicago's Califone and Britain's Tunng, The Books, for this their first full-length release since the 2005 effort Lost and Safe have cleaved away some of the "usual" folk-based elements to produce their strongest release to date. With samples culled largely from of old self-help and hypnotherapy recordings, The Way Out is a strangely cohesive album.

Zammuto and de Jong's approach toward their music, for the most part, is through creative editing and instrumentation (including toy devices) and manipulation via tape loops, digital scratching, etc. to construct pieces that have a flow, often with a subverting deconstruction (in terms of the "text" of the piece), often propelled by pulses rather than traditional rhythms.

The Way Out opens with "Group Autogenics I," using a self-help/meditation recording over a mid-tempo electronic funk bass line reminiscent of Laurie Anderson's 1984 Mister Heartbreak. The frenetic and dark "A Cold Freezin' Night" combines a threatening dialogue between a young boy and girl and tightly edited cartoon-like samples, producing a Southern Gothic narrative. It's a great example of The Book's brilliance at deconstructing and reconstructing. And this artful process prevails throughout the new recording. The Books, however, have not completely abandoned folk elements, with three or four such "songs," including the sorrowful Yo La Tengo-esque folk/pop of "Free Translator."

The Way Out is a nuanced labyrinth, subtly orchestrated, with similar skill to the intricate "sound documentaries" of famed pianist Glenn Gould's: sound collages of voices, natural and industrial sounds, produced for CBC in the late 1960s. There's a thoughtful arrangement and flow to a seemingly chaotic pastiche that runs on the surface of Gould's work, while after a more thorough listening, one is struck by arcs that become increasingly evident and the precision in the execution. The Way Out shares these elements. With skills honed as musical collage artists, The Books have produced a highly enjoyable, engaging and dazzling work, one that may have opened a door to a new and exciting territory for the duo.