The Year in Weed 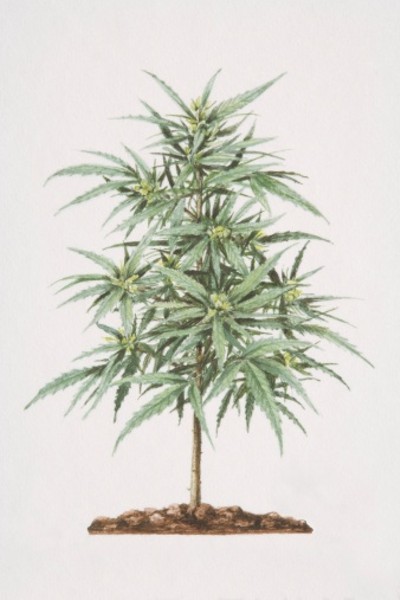 A year into legal, recreational (or as advocates would have us say, "adult use") pot sales in Colorado — and six months into Washington sales — the sky still hasn't fallen. That's a relatively short period of time on which to base any long-term predictions, but here's one that's nearly certain: Legalization will continue to spread. The smooth (but not without hiccups, unfulfilled expectations and uncertainties) rollout of legal weed means a cascade of states will follow. Alaska, Oregon and Washington, D.C. legalized pot in 2014 (looks like Congress will kill the capitol's buzz, though).

California is almost certain to jump on the weedwagon in 2016. What will that look like?

Take a stroll around the product booths at any marijuana festival these days and you'll see glossy fliers, ingenious devices, scientific literature and high-end boutique seeds, buds and ganja snacks. People eager to improve cultivation, quality and the legal landscape are eager to come out from the shadows, and activists are sailing the traditional channels — lobbyists, political action committees, legislature — to greater influence.

But with the suits come the sharks. A big concern among panelists at this year's Emerald Cup was the "corporatization" of cannabis. The formerly smoky harvest festivals are, for the first time, being outdone by glitzy Vegas-style trade shows — with no actual cannabis in sight.

While High Times plods along, new, doctor-waiting-room-worthy pot magazines are appearing. Pot blog startups were joined in calls for legalization by the New York Times. Humboldt County's "bougiest trim scene" got a writeup in a McSweeney's magazine and the downfall of a sports gambling ring with a distinctly Humboldt twist was published in ESPN the Magazine.

With big money poised to pounce on legal weed, worriers worry, patients could be forgotten. Yeah, Philip Morris may not be diversifying, but with big legalization, big cannabis is gonna be a reality.

Activists on the North Coast have been watching legalization in other states closely, trying to learn from their mistakes while balancing the needs and realities of local communities. California Cannabis Voice has done a remarkable job garnering support from local growers, and the Humboldt chapter is pushing hard for county regulations it hopes will provide framework for statewide legalization — not without serious concerns from environmentalists and other stakeholders.

There's no question things in California need to improve.

Here on the North Coast, many, many people have a vested interested in the future of pot. Many others are intrinsically connected, simply by virtue of working, shopping, reading and talking in this community. That's a lot of stakeholders, and we all need to be in on the conversation.

Nearly 20 years of fragmented and hazy medical marijuana law in California has left an environment and market in a queasy state of unease. The DOJ relaxed its stance on marijuana on tribal lands and minimum sentencing for marijuana cases this year. But the year also saw the Yurok Tribe conduct a massive sweep of marijuana grows and a Humboldt County farmer sentenced to five years in federal prison for marijuana cultivation.

Stream-sucking grows put extra strain on North Coast watersheds during the worst drought in decades, and in response the state water board introduced a pilot program to begin enforcement activities on North Coast growers. Meanwhile, few sheriff's office raids of marijuana grows turned up suspects. Even fewer led to criminal charges from the district attorney's office.

2014 was the year of the ganjier. The year of ridiculous, Sharper Image-esque marijuana products. Of gold leaf-wrapped marijuana cigars. Of pot money finding its way into politics, and soon board rooms. Despite Guv Brown's fears of becoming a pothead state, we're well on our way to becoming the "cannabis basket" of the world, as one pot promoter put it.