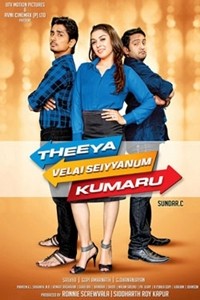 Muthupandi is an emotional and hardworking agriculturist in a village who faces lot of hardships in his teenage years to redeem his land and house. He is attached deeply to his sister Kavitha whom he brings up with love, care and dignity. Kavitha goes well in advance to attend her friend Lalitha's wedding, where she meets Santosh, her friend's cousin from London.

Santosh and Kavitha are attracted towards each other with intense love. Santosh's rich mother from London has other plans. When she finds that her son is involved with a girl from a poor agricultural background, she insults her and drives her out of the house. Muthupandi who just comes in to attend the wedding is also insulted and sent out. The brother and sister leave for their village

Santosh, who comes to know of all the happenings later, elopes while he is halfway through his air travel from Dubai Airport and reaches the village to ask Muthupandi's pardon. Muthupandi is deeply wounded by the insults. His previous experience with his rich father also makes him rigid against rich people. Finally he poses a challenge to Santosh to prove his worth by cultivating a piece of land and produce a good yield. Santosh takes up the challenge and undergoes severe hardships to adapt to a new lifestyle and learn cultivation too.