While working hard here in Humboldt 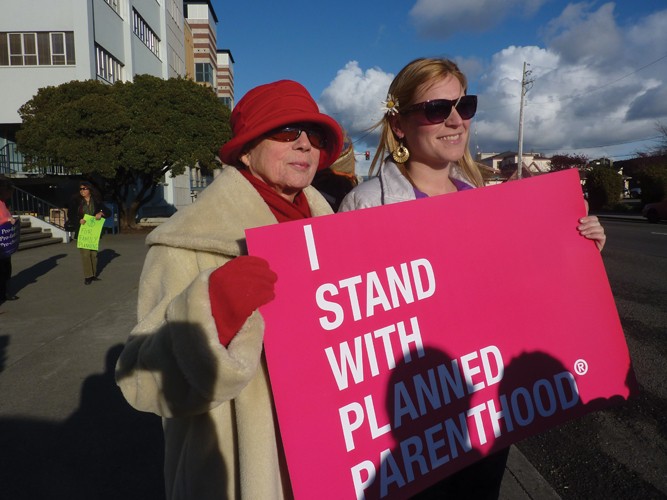 We live in interesting times. That subtle curse describes so well how families and governments everywhere are struggling to cope with the Great Recession that was ushered in a few years back when the world's largest banks finally had to admit what former Federal Reserve Chairman Alan Greenspan should have realized back when he was still America's capitalist in chief: that no one could put a value on the exotic financial instruments that they had invented and sold. How many trillions of dollars of paper wealth went poof in the last few years we may never know.

The weight of those losses bears down on every single one of us. Fear, uncertainty and doubt make homeowners think twice before they start that kitchen remodel, and business owners pause before bringing their part-timers back to 40 hours a week. But better days may be ahead. Wall Street bonuses came back last year and while that is not particularly to my liking, in our trickle-down economy the rich must get richer in order to drizzle on the folks who clip hair or give massages -- or merely moan and groan in print, which is the stock in trade of editors.

As freelance reporter Zach St. George writes in this week's Journal ("Muddling Through"), Humboldt County seems to be pulling out of the Great Recession faster than California as a whole, but it still lags behind the nation in terms of joblessness.  We are so isolated as to be almost insulated from the fads that have whipsawed the greater economy.

As St. George's story reminds us, Humboldt never boomed like the Bay Area during the dot.com bubble nor did it over-build tract homes as occurred in the Central Valley. We muddle, therefore we are. And we got to muddling before the rest of America, where so many of our fellow citizens are only now discovering how Humboldters have long put their lives together -- a little of this and that; odd jobs, some pot money.

Whatever. When the folks that run the world have robbed the till, I don't know how to sneer at people who break the law by growing weed. I just wish we'd legalize it and tax it, so we could get some money to prop up the county's coffers.

My last statement may step on some local toes.  I understand that many cannabis growers were opposed to legalization because it would almost certainly depress prices. With reference to the second part of my statement, there is some local support for the Tea Party's anti-government platform.

Personally, I can't share either view. In this community government -- counting federal, state, local and the tribes together -- is the top employer. How can one take the meat axe to government when it employs roughly one quarter of everyone who works in Humboldt County, local experts say. Do we want more unemployed?

At the same time, we need money to fund local services. We have to tax pot the way we tax tobacco and alcohol. The state is broke and the federal government, which has been deficit-spending ever since Bill Clinton and his saxophone, has a new Republican majority in the House of Representatives that has suddenly discovered fiscal responsibility. What hypocrisy! If only the Grand Old Party had lived up to its principles back when it controlled both the White House and Congress. Instead they doubled the national debt, started two wars, at least one of which was on entirely false pretenses, and plunged the world into a financial collapse. No wonder House Speaker John Boehner cries: He knows that Republicans are responsible for this self-defeating hat trick.

As the Journal editor I tend to think and act locally but national politics have been on my mind owing in part to the fact that I spent about 30 minutes on the phone a few days ago with Congressman Mike Thompson. There wasn't much of an agenda.  It was more like a meet-and-greet set up to give me, as a new editor, a chance to interact with one of the North Coast's senior elected officials.

Thompson had been trying to get out to Eureka for a constituent gathering and the phone chat was arranged in lieu of a face-to-face meeting that had fallen apart because he had to stay in Washington, D.C., for crucial votes over the massive budget bill that is slowly making its way through the grinder that is Congress.

I've met several political leaders over two decades or so of journalism (I actually have more experience with business, scientific and technical types) and to a man or woman I have found them to be exceptionally smart, hardworking and principled. Yes, principled. There are exceptions but I think they are rare.

I've had this impression since the late 1980s, when I was living in Humboldt County during my first incarnation here. As a freelancer at the time, I recall visiting former Congressman Doug Bosco during his tenure for a story that appeared in a news section of the Tri City Weekly. I don't have the clip but something Bosco told me has lodged itself in my memory ever since. People think politicians have power, Bosco said. It's not true. We have just a fraction of the power. Again this was a long time ago so the next part of the recollection is a little fuzzier; I think Bosco suggested that corporations had the balance of the power. I can't be certain after all these years that I am not inserting my corporate boogeyman into the story, but I'm darn certain that Bosco pooh-poohed the notion that elected officials had power because it stunned me so much at the time.

In between that naïve conversation and my chat with Thompson, I'd had 20 years of interrogating powerful people - and I use the term advisedly. I've been told that I am often curt and pushy, and I must admit there is an unfortunate degree of truth to the charge. But unless you want to grow old and die waiting for non-answers then it is an occupational necessity to jump in and move the conversation along from time to time, such as occurred when I felt I wasn't getting sufficient precision in how he would solve the current budget impasse given as how he objected to the deep cuts to social programs that had, for instance, gotten a couple of hundred folks out on the streets of Eureka for a recent protest called by Six Rivers Planned Parenthood.

At one point I recall saying, "Congressman, I'm gonna give you one more chance before I give up," which elicited a retort something to the effect of "hold your horses press boy," as Thompson ticked off votes to cut funding to Iraq and Afghanistan to preserve funds for programs at home -- without spending our grandchildren into oblivion. Okay, guns no, butter yes, I get it. Why not simply say so?

Maybe it's because nothing is simple. During our conversation, brief as it was, Thompson tried to drill down into one of the many threats to North Coast interests buried in the budget bill that may emerge from Congress next week.

As he explained, budget amendment 296 -- introduced by Bay Area Republican Tom McClintock -- could cut off all federal finds to study how the removal of dams on the Klamath River would affect trapped sediment trapped.  This project-killing amendment -- to use Thompson's assessment  -- passed by a vote of 215 to 210.

Here's a project with huge local ramifications, that has been meandering along for years, and now it's not clear what happens next  or what Thompson can do about it.

The Congressman had been hoping to visit Eureka this weekend to take the local pulse but it now looks like budget votes will keep him in the capital. But his staff is "99 percent certain" that he will hold a Town Hall meeting next Saturday, March 19, from 10 a.m. to 11 a.m. at Eureka City Hall. We'll see.