This Time For Sure

Slideshow This Time For Sure 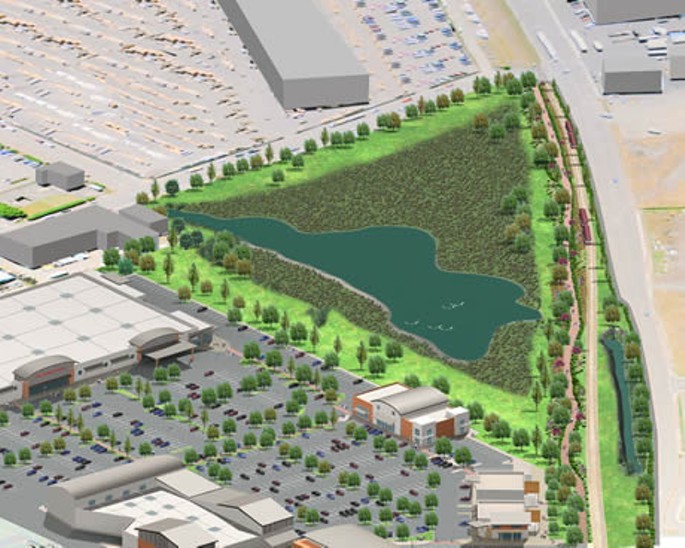 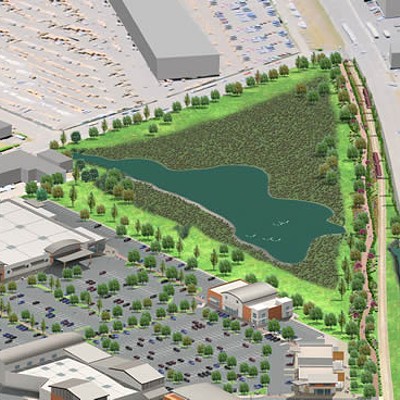 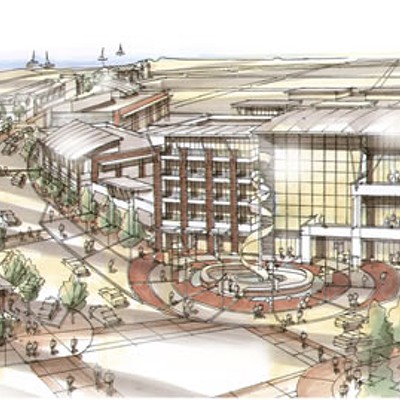 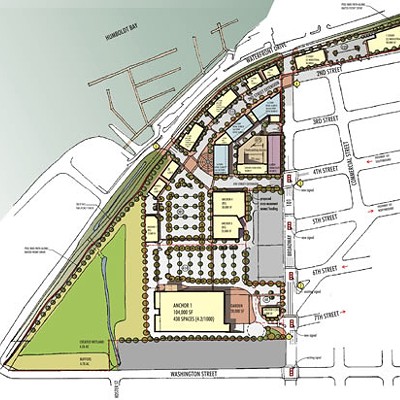 A now-dormant lobbying battle for and against Eureka’s Marina Center project will soon reignite if a study on the project’s environmental impacts is released as expected at the end of September or sometime in October.

But Marina Center’s environmental impact report (EIR) won’t include a full analysis of a controversial aspect: potential economic effects of the project’s retail components, which include a Home Depot big box store. That factor will be an important one in the City Council’s decision-making, however, and the project’s local permit approvals will hinge on something beyond bureaucracy -- public opinion.

It’s been about four years since Rob Arkley, Jr.’s Security National Servicing Corporation entered an agreement to buy the 38-acre Balloon Track property near Eureka’s public marina and then controversially proposed "Marina Center," an ambitious mixed-use but retail-dependent project with a big box anchor slated for Home Depot. Work on its EIR began in the spring of 2006 with public scoping sessions and the study was expected to be completed that winter.

Speculation about Marina Center’s progress has been ongoing, and intensified when its EIR hit a string of delays. Rumors -- essentially true -- that the project’s considerable traffic impacts were causing logistical challenges led some to believe that Marina Center was running uphill with the weight of its consequences. But the EIR’s release is now said to be 30 to 60 days away. Observers of the process are noting that the same estimate has been given several times since the scoping sessions of two years ago. Sidnie Olson, the city’s principal planner, said a draft of the voluminous document submitted by a San Francisco firm hired by Security National has had to be rewritten but is largely done.

Although chapters on important subjects such as how the project fits with its surroundings still have to be completed, the EIR has achieved a key benchmark -- the California Department of Transportation (Caltrans) has signed off on its traffic management analysis. Traffic and other impact-heavy aspects will be well-detailed in the document, but those who are opposed to the project based on its potential economic impacts may be disappointed. State law only requires analysis of economic impacts that result in physical changes to the environment -- urban decay. With Home Depot penciled in to occupy Marina Center’s 104,000 square-foot big box space, many are convinced that smaller, locally owned home improvement stores will close.

“I know people are concerned about that,” said Olson. She explained that the EIR only examines the potential for lingering vacancies and the conclusion is that Eureka has enough lease turnover to prevent them. “If one store can’t compete against another, that’s not an environmental issue,” she continued.

But it is a social issue, one that people feel strongly about. “The City has advised CUE VI (Clean Up Eureka VI, the name under which Security National is applying for the project) from the very beginning that economic impacts would be an issue that the City Council will look at in considering the project,” said Olson.

The potential domination of a home improvement big box will be weighed against the free market cornerstones of competition and customer demand. The exact effects are being argued about, but the arrival of a Home Depot will change the entire county’s hardware and home improvement retail economy.

“The consumer benefits in any case,” said Home Depot Real Estate Manager Brian Cannard when asked about it. “If the customer chooses to shop at one of Home Depot’s competitors, they will find that the products there are priced lower than before.”

Cannard dismissed the belief that Home Depot will displace smaller-volume stores. “My sense is, they sharpen their pencils and figure out how to survive,” he said.

There’s also some speculation about trends that could affect the project’s viability. Home Depot has reported lowered profits for the second quarter of this year and has closed a few stores and held off on opening new ones in some places. Is it still committed to opening in Marina Center?

Cannard said it definitely is. Calling the county and Eureka “a pretty isolated market,” he said the location is attractive because his company can open here without competing against one of its own stores.

Fortuna is also pursuing shopping center development that includes a big box, and Lowe’s, Home Depot’s chain store rival, is said to be interested in opening there. Cannard said his company’s marketing studies show that Eureka “makes more sense than Fortuna” for retail development but he’s expecting to compete against Lowe’s.

“I assume that at some point, Lowe’s will come to this market,” he said. “It’s not a question of, ‘If Lowe’s comes, we won’t.’ We think the market is strong enough for both of us.”

Marina Center includes a total of 285,500 square feet of retail space, including a second large-scale store of 36,000 square feet. It also includes office development, 40 to 50 upper-story residential units and industrial areas. It compensates for the degraded wetlands it’s taking out by restoring an 11.89-acre area surrounding the Clark Slough. Perhaps the project would be a slam-dunk if not for its big box anchor, but Brian Morrissey and Randy Gans, Security National’s Marina Center representatives, said Home Depot actually contributes to its popularity.

“Having spent two years now talking to this community, in large groups, small groups and on people’s front doorsteps, I can tell you that there’s not a lot of controversy and by and large, the people of this community support the Marina Center project,” Morrissey said.

To address the economic concerns, CUE VI hired a consultant to author a study, the Eureka Balloon Track Retail Development Economic Impact and Urban Decay Analysis. “Based on our economic report, I can tell you that in the home improvement segment, there are no anticipated store closings,” said Gans.

The study states that big box stores primarily compete against other stores of their size and type. Many will reject that, and Olson said she was “surprised” when she read it. But competition from Fortuna is something Morrissey and Gans take seriously and they think people in Eureka should consider it, too.

Referring to Fortuna’s retail development, Gans asked, “Is it consistent with the scale of that community or is it designed to divert business from Eureka?”

Morrissey said retail magnets like shopping centers draw customers who buy at other stores in the same town. “Marina Center is the best defense for Eureka retailers from development in Fortuna,” he said.

But the discussion is happening as a national economic slowdown continues. And another economic consideration is whether Security National will be as ready to take on a big project as it was three years ago. The company has laid off 58 employees, 31 of them at its Eureka headquarters. Can Security National take on a hugely expensive project when it can’t maintain its own workforce?

Morrissey paused to think, then said, “Our workforce is dependent on the amount of work necessary for that division -- Security National does and will continue to have the resources necessary to complete Marina Center.”

The most optimistic date for starting construction is 2010, said Morrissey, and litigation is already a factor as Humboldt Baykeeper has sued based on claims that contaminants from the former railroad yard site are illegally discharging into Humboldt Bay. Olson said she’d be “shocked” if the EIR isn’t the target of a lawsuit. And it has taken a much longer time to produce it than anyone, including Olson, expected.