The myth of 'Polynesian' cuisine 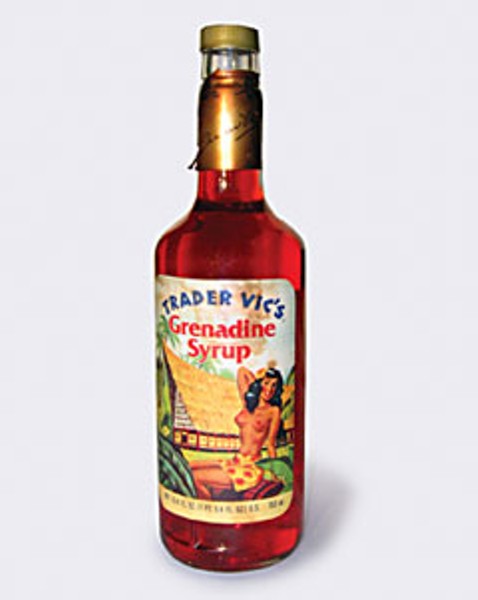 When I was a teenager in Tucson in the ’50s, one of the few places to play or hear live jazz was a dive on the south side of town called "The Hula Hut." It was there I was called to play vibes in a small pickup band backing jazz legend Anita O'Day (the best musician I'd ever met, she was kind to a nervous 17-year old kid. But the really great ones often are).

The Hula Hut's façade was bamboo, cluttered with flotsam and fishing nets; inside it was lit with torches -- well, "torches." Primitive masks and "tribal" carvings were prominent, and tropical-themed fabrics festooned the booths. Hula girls were languorously draped around the printed menu, which featured exotic rum drinks, sweetened with fruit juices, flavored syrups and liqueurs. Beverages were usually served in equally exotic vessels, each with its garnish of fruit and oversized straw. This was known as a "Tiki Bar." Remember little paper drink umbrellas? That's where they come from.

"Tiki culture" is a relic of the 1940s and ’50s. Los Angeles and Oakland were where it began, Don The Beachcomber and Trader Vic's each claiming authorship of the concoction called a "Mai-tai": rums, Curaçao, almond syrup and lime juice, garnished with pineapple and mint.

There was, dating to the early 1930s, a kind of "Hawaiian" cult in pop music, presaged by amateur ukulele players during the Jazz Age. Bing Crosby's films and records heightened the fad, with movies like Waikiki Wedding and song hits including "Sweet Leilani," "Blue Hawaii" and "My Little Grass Shack in Kealekekua, Hawaii." The Hawaiian genre, simple diatonic string band music, enhanced by winds and strings, became a marketable style of ’50s pop, when transliterations of American phrases into Hawaiian pidgin were considered clever: "Mele Kalikimaka" ("Merry Christmas") was a hit by Crosby and The Andrews Sisters in 1950.

In short, it was a kind of benign racism, cultural nostalgia for a bucolic pre-imperial Hawaii, not so different from the fondness in the ’10s and ’20s for "The Old South," land of sunny plantations, happy darkies and mint juleps.

There were other manifestations of "Tiki culture" besides tacky music and sugary booze, but it would be years before I discovered them.

All this reminiscence was brought about when I attempted to cull my bulging cookbook library, and came upon Frankly Speaking: Trader Vic's Own Story. Aha, I said, this can go! But first, I browsed.

"I've always loved Mexican food but I could never find a restaurant that could put quality above making a dollar, with the consequence that the food was pretty damned awful. It was greasy, hot, and not well prepared as far as American taste is concerned. Now you have to get this into your fat little head: Mexican food can be greasy and hot -- it's made for Mexicans and that's the way they like it. Prior to the conquest of Mexico, though, no Mexican food had any fat in it. All the meat was boiled or roasted and it was lean. The Spanish introduced fat into Mexican cooking and the Mexicans adopted it and went overboard with it. And that's why it's so greasy."

"Then Suzie Bell came to Trader Vic's. She was a big Tahitian rag doll with great big lips and big jugs and a tremendous fanny. She was six feet tall if she was a dime's worth. How I got her I'll never know. So I formed the Suzie Bell Club. We had an initiation, and you had to write your name on Suzie Bell and kiss her whatever-you-call-it."

Wow. Full bore, bare-assed sexist racism! The book was published in 1973, toward the end of Trader Vic's nearly 50 years. The introduction is by Herb Caen, lionized San Francisco Chronicle gossip columnist. A populist of sorts, Caen had written, back in 1941, "The best restaurant in San Francisco is in Oakland."

Is that true? Of course not. But consider the context. In 1941, the Bay Area was as unionized, and as radicalized, as it would ever be. Maybe Caen saw the Trader Vic's model as a "democratic" alternative to the hoity-toity restaurants and exclusive clubs of the ruling class. After all, they had started as bars.

What set apart the Tiki restaurants was a new cuisine. As they evolved from cocktail lounges with florid sweet drinks, they added foods that were supposed to evoke the idea of a Hawaiian "luau." (A real luau was pit-roasted, or "kalua" whole pig, accompanied by various combinations of baked and steamed meat, fish and poi.)

Many of these dishes were faux-Chinese, simplified to pre-War American tastes, laved in syrupy sauces, and given exotic names like Bongo Bongo Soup, Bora-Bora Shrimp, Pupu Chicken (notice a pattern?), Kalua Pork Chow Mein, Palusami Beef and Chinese-Hawaiian Barbecued Tenderloin: a menu that was termed "Polynesian." Sometimes things were breaded and deep fried, and/or served with an oyster or soy-based dipping sauce; most Baby Boomers were introduced to tempura and teriyaki as Polynesian food.

Of course, there is a real Hawaiian cuisine that reflects both the pre- and post-colonial culture. The former is truly Polynesian, chiefly fish, coconut and taro root; the latter includes everything from sweet potatoes and bananas to pork, chicken and dog, all immigrants.

As tastes evolved, the Tiki restaurant became a cultural relic. But when I returned to California in 1963, a new one had just opened: Kelbo's Hawaiian Barbecue in West L.A. The foyer featured a floor-to-ceiling Lucite wall artfully embedded with random objects: Barbie dolls, 45 rpm records, teacups, various utensils and, I seem to recall, a fried egg. The whole thing was eerily lit from beneath, suspended in time and space.

The rest of Kelbo's interior featured black lights, and a maze-like pathway with intimate palmetto-covered booths, each with a lighted drink menu (there was a switch to turn the lights off if you wanted to get cozy -- but wait, who wants to get cozy over a shellacked ship's deck?). It had the full repertoire of Tiki cocktails, with separate sections for rum, gin, and vodka, plus a selection of "volcanos" for two. The baby back ribs were cloying, yet addictive. I remember wondering, was this the future of American food: candied meat?