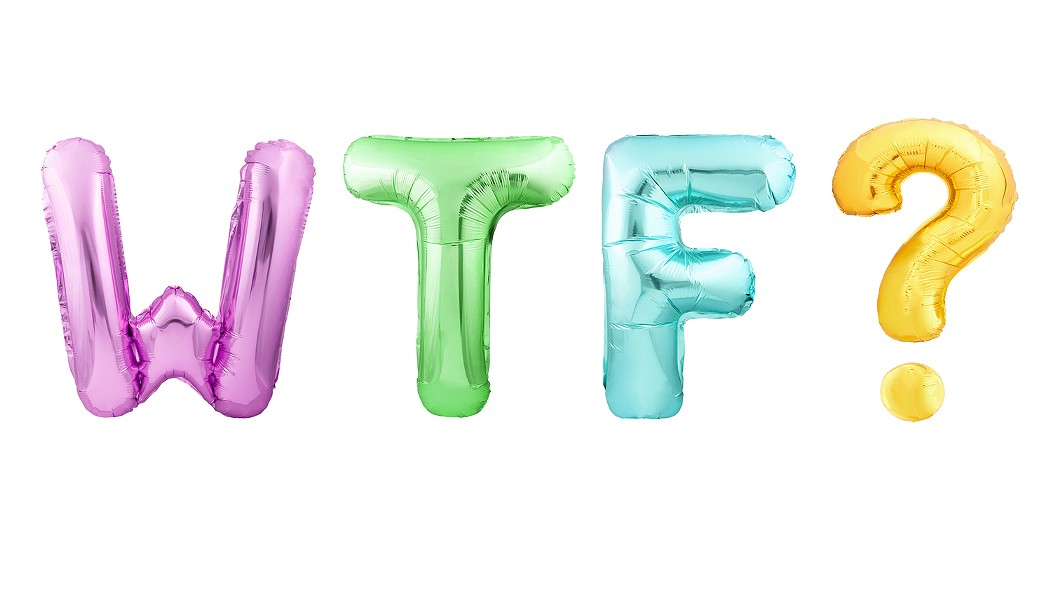 Who doesn't love a baby shower, sitting around with a bunch of ladies playing guess the baby food flavor and griping about who came up with the idea to name their son Carbon first? But these days, as our bodily sovereignty is dwindling faster than a flat pitcher of mimosas in a room full of women whose faces hurt from smiling, sniffing diapers smeared with melted chocolate bars doesn't always strike the right note. Face it, some of us will be carrying out pregnancies we don't want, can't afford and maybe won't survive. It's time to shift to Forced Birth Showers® for our siblings, besties, children and coworkers with not a lot going on outside the office!

Invitations: Balloons and storks make sense when someone chooses the lifelong commitment to raising a child (or twins — Jesus, twins!) but when the guest of honor is just avoiding being a guest of the state, go for something understated. If you're splashing out, you might try serving manila envelopes summons-style. Or, if you're on a budget, send a terse email that reads, "Casey is pregnant and the only thing we can do is buy presents and eat a deli tray at my place. Bring liquor. Oh, and thanks for voting Republican, Candace." (Avoid mentioning whether this pregnancy is the result of consensual sex — it's tacky and will spoil the quiz at the party.)

Decorations: Again, steer clear of pastels and glitter here. Consider camo decorations, since you don't want to attract the attention of neighbors who might sell out your pal if the pregnancy doesn't go to term. Besides, if you have to flee under cover of darkness, you can repurpose the tablecloth. If you must do balloons, adorn them with the faces of every state official and U.S. Supreme Court justice who brought this theocratic fuckery into law so we can memorize them and never forget. This dovetails into a dart game later. Don't forget a balloon for Candace.

The cake: Even if reproductive rights for everyone in the country were fully restored tomorrow, nobody wants a freaky belly cake or the fondant sculpture of a sleeping baby we have cut into. However, one of those horrific cakes with a baby emerging from its mother's body could be a teaching opportunity provided it's anatomically correct. What a great way to really make less sympathetic guests get a handle on what a torn perineum (shoutout to the rectovaginal septum — stay strong!), hemorrhaging and even a garden-variety episiotomy — snipping a wider exit in the opening of the vagina to avoid a more Kool-Aid Man-like exit — looks like. Birth is seldom shown in media as anything more than some dramatic yelling and hand squeezing, and the fallout of having a Costco-chicken-size baby pushed, pulled and/or cut from your body are almost never mentioned, despite the number of parents who struggle with, for example, returning to normal walking, sitting and bowel movements. And that's when everything in the previous 39 weeks goes smoothly without say, diabetes or potentially deadly blood pressure issues. Whatever kind of cake you provide, practice baking a file in there, since in some states, even miscarriage or stillbirth can lead to being charged with murder.

Games: Here's a fun one: Pin the Egg on the Uterine Lining. The contestant is blindfolded and spun, then dizzily tries to get a little pompom to stick to the right part of a felt uterus on the wall. Did you, like roughly 1 in 50 pregnancies, end up outside the fallopian tube where a fertilized egg cannot survive and may in fact cause you to die of sepsis or hemorrhaging? Depending on where you live, that may not be enough to get you the standard treatment of ending the pregnancy. There's no moving the pompom, either, no matter what that dude from Ohio says. Good luck!

OK, everybody take out your phones and let's see who can delete all the apps that might track your menstruation and narc on you to the man first. Because if we've learned anything it's that tech bros do not care about our privacy. For those who date men, do another round deleting dating apps and another round ordering sex toys because given the attending risk factors and your limited options in the event of an unwanted pregnancy, hon, the price of dick is too damn high.

Gift ideas: Is the guest of honor Black? Jewelry makes a fine present, specifically a medical bracelet that reads, "Just pretend I'm a white lady and treat me accordingly." It's a blunt message but so is the recent study in the American Journal of Public Health that states being Black makes you more than three times more likely to die in pregnancy or postpartum. And while there's little you can do to fix systemic healthcare disparities at your party, maybe an attention-getting accessory will remind hospital staff not to downplay or dismiss pain and symptoms of Black people for a hot second. Listen, they almost let Serena Williams die of a blood clot in that maternity ward. Not a bad gift idea for brown and Indigenous friends, either!

Give cash. Lots of cash. Unplanned pregnancies are a huge driver of poverty among both singles and marrieds, and maternity leave and childcare are hilarious in this country. Not to mention medical costs (doubles over and breathes into knees for just a minute). Forced childbirth can really derail educational goals that lead to higher income, too, like a high school diploma. Or you can pass along your pal's Venmo and wait for those anti-abortion activists who hassled you on the way to your pap smear to kick in a couple grand each. Lol, kidding.

Guests can pitch in for a flight to somewhere a person's bodily autonomy is enshrined in law and safe, legal abortions are widely accessible. Just for a vacation totally unrelated to any health issues. Unless you're poor, in which case it's a bus ticket to New York or California because evidently coastal elites are not that into forcing their citizens to give birth or even children barely in their teens to push out babies through still developing bodies.

Goodie bags: Send those of childbearing age any meds you can hoard, since people are being denied vital prescriptions for pain, depression, cancer, autoimmune diseases, ulcers and more because they could potentially cause miscarriage. Come on, Mamma needs some arthritis pills!

Hand out cute boxes of custom bandages that read, "Snitches get stitches," to remind those who might narc on somebody for the bounty money. Say something, Candace. See what happens.

Most of all, focus on making it fun. What's most important of all is gathering and supporting your pal — they're who really matters. Well, not as much as a six-week embryo roughly the size of the Viagra pill that's never going to be taken away from any man. But you know, after that. Cheers, ladies!