To an Oasis, Sprinkled by Stars Above 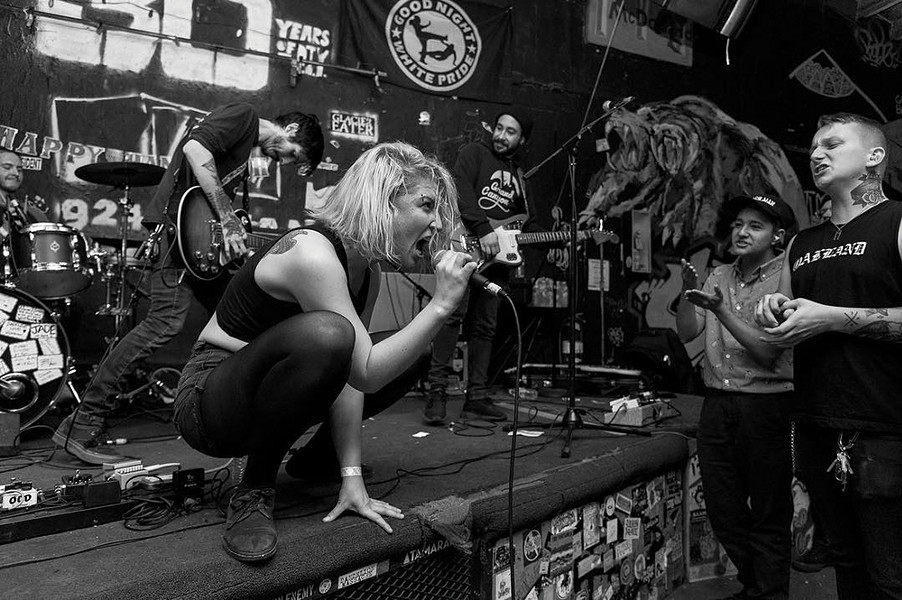 Last week surf rock icon Dick Dale died. I saw him live twice and was deafened by his massive and beautiful sound both times. Unfortunately, I saw Mr. Dale's shows because he was forced to tour into his old age and until his death due to medical bills. Dick Dale's experience was just one example of how rotten the social contract is in this country. How comfortable can we feel when the guy who made "Misirlou" famous and invented surf rock died in an endless work cycle and financial limbo due to health issues surrounding his advancing age? We have all the resources on this planet to provide every living person with the necessities for a good life. But we bottleneck those resources and cause drought and starvation where there could be universal plenty in the service of making a tiny group of people wealthy beyond all earthly use. How horrible is that? We can do so much more and we absolutely must, if the vast majority of us hope to not merely survive but to live in human dignity.

Have a good week.

It's a punk rock music-adjacent night out there so ready, steady and go. Over at the Outer Space at 7 p.m., you can enjoy the acerbic "bummer punk" sounds of Oakland's Pity Party, which will be sharing the stage with Arcata lovelies Blood Hunny and the blander-genre sounds of Eureka's The Bandage ($6-$20).

The Jam could use some love. I like the space, have fond memories of its various iterations since childhood and I like to see the right kind of shows there well-attended. Tonight has one such show. Absynth Quartet is playing two long sets starting at 9 p.m. Although not in my usual wheelhouse, I have always enjoyed this group and its ability to mix skilled musicianship with crowd-pleasing grooves. That's harder than you think. For a mere $5 you can own this experience for an evening and have its accompanying memories for a lifetime. Priceless, really.

There are three very different and very good shows in Arcata tonight. At 7 p.m. we have Swingset from Seattle, which describes itself as "playground soul." I can dig it. Blisster is the noise, guitar and beats project of local keyboard genius Hudson Glover, and Soundscape Shadows is a hybrid act of locals storytellers Cowtown Serenaders and The Comix Trip. As with most Outer Space shows, this one's a sliding scale of $6-$20.

Over at Humbrews you can enjoy another milestone edition of Soul Party. In this installment DJ Jaymorg celebrates his birthday (I'm not sure which one but you are free to ask or try to count his grooves) while DJ Red celebrates his 35th year as a turntable assassin. DJ T Rex will also be in attendance. Everything kicks off after 9 p.m. and the price is a rocksteady $5.

Finally, for all of you nighthawks at the diner, the Alibi is hosting Livermore's stoner-groove band Ranchero, which possibly features the bassist for Diego's Umbrella in the line-up, at 11 p.m. ($5). Local gritty troubadours The Bow-Legged Buzzards will likely be the draw though, as the band's shows have been nothing but high-energy romps.

The Sanctuary presents a showing of Eve Ensler's compilation play of stories of real women in prison at 5 p.m. ($12). Titled Any One of Us and directed by Vanessa Vrtiak, this performance is an unadorned view into the horror that a punitive society inflicts upon its more marginalized citizens. The subject matter is frank and graphic, so children are not recommended to attend.

The ongoing Balkan and Eastern Music meetup is happening at The Sanctuary this evening at 7 p.m. There is a $6 but possibly negotiable drop-in fee for those of you who wish to learn how to sing or play the music of eastern reaches of Europe.

The Logger Bar hosts its ongoing Old Time Music Jam at 8 p.m. tonight. This gathering is free in every sense of the term, as there is no fee and anyone who wants to get involved is welcome to join. Just bring and instrument and soundmaker and for goodness sake, some sense of pitch and rhythm.

There's a really nice esoteric and cultic show happening tonight at the Miniplex at 9 p.m. Geist and the Sacred Ensemble is a Pacific Northwest droning folk curio that trades in ritualistic and neo-pagan sounds and imagery. Opossum Sun Trail is what you get when you force the set designers of Pee Wee's Playhouse to decorate Death Valley at gunpoint and MRDR MTN is as beautiful and doomed as a mayfly in a tarpit. Got it? Well, if not, cough up the sliding scale door price of $5-$10 to discern the legends on the silver mine map, which I am drawing here for you.

Collin Yeo believes that social media platforms and conservative media outlets have blood on their hands for the horrific act of terrorism against the Muslim community in Christchurch, New Zealand. Some ideas are stupid and terrible enough to deserve no harbor anywhere. He lives in Arcata.