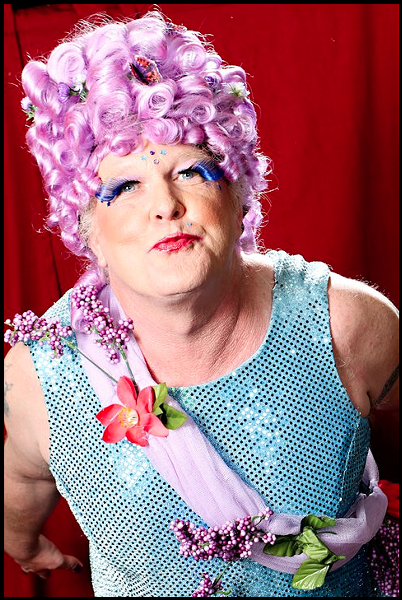 Elsewhere in this week's Journal, voters can delve into the thoughtful nuances of our publisher's positions on the upcoming California June primary election.

But here's where we really relish longstanding Mass Media tradition of throwing weight behind public figures dreaming of power and inaugurations.

The North Coast Journal totally thinks that Johnny BerryPicker should be named the 2012 Rutabaga Queen! Like, big time!

Before we get into the logic behind our mega-important 'baga bump, we should tell you -- in case you don't know, which is cool -- what the hell a Rutabaga Queen is/does. Since 1978, the Rutabaga Queen has been the public face of the Kinetic Grand Championshipa, attending Kinetic-themed events, dealing with pesky media and ensuring high levels of mirth among race spectators by being really, really extroverted.

Who gets to be royalty? The Rutabaga Queen for any given year is crowned at the annual Rutabaga Ball being held this year on Saturday, May 19, at 7 p.m. at the Portuguese Hall on 11th Street in Arcata. Following pageant-format, the Queen crowning process consists of three rounds of competition: a formal wear round, a talent round and, of course, a swimsuit competition.

Which brings us back to our endorsement. Not only is Johnny BerryPicker a kindhearted, sweetheart of a man -- he was the Jacoby Storehouse Santa last year, for crissakes -- he's got the experience to effectively lead the Kinetic Nation. Last year, Johnny BerryPicker was crowned the Rutabaga Princess -- in other words, the runner-up who will pick up the slack if the official Rutabaga Queen, I dunno, dies or joins the Merchant Marines or something. Now, BerryPicker is, oh, let's say a full-figured gentleman. And we think that maybe -- with all due respect to Queen G-Ma -- had he been a tad more daring with his choice of "bay crossing" attire, he could have brought home that crown.

This is not to say there are not other worthy Queen candidates, but that said, 2012 has "Year of the Picker" written all over it. We're picking Johnny (and maybe a speedo) to win it.

For more info, check out rutabagaqueen.com. For the glory.