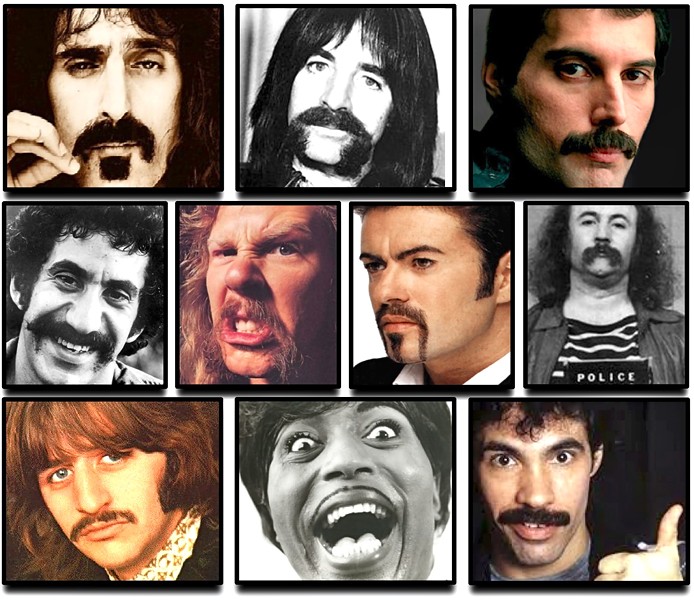 Alert: Whether you've been hip to it or not, for over a decade the 11th month of the year has been rechristened Movember and been dedicated to the growth of male upper lip facial pubes. Now you know. Known as "mustaches," these unfortunate fashion statements are cultivated in an effort to raise awareness for men's health issues, specifically prostate and testicular cancer.

If you'd care to see some mustaches in the wild locally, this Friday, Mov. 16, at Jambalaya there will be a Mustache Karaoke Dance Party starting at 8 p.m. This is both an announcement for stachecionados and a warning for stacheophobes.

Should you attend, know this: a representative from the North Coast Journal will be in attendance and will enforce performance of the following songs made famous by musical mustache trend setters, who are mostly from the '70s for some reason:

Freddie Mercury (Queen), "We Are The Champions" (You might be tempted to attempt "Bohemian Rhapsody" but, for the last time, that is a very, very bad karaoke song that always devolves into chaos. Stop.)

George Michael, “Father Figure” (‘Cuz dads are really the only people mustaches are ever acceptable on.)

James Hetfield (Metallica), “Fade To Black” (Accompany this performance by dying your mustache on stage. Darker, of course.)

Frank Zappa, “???” (Man, if the evening’s KJ (Chris Clay!) has any Zappa in his A-Z book, we’ll be surprised. Maybe just do some Village People. The biker was bushy.)

There. Get through all that and you can claim this was an official mustache party. Tickets are $5 and proceeds benefit Six Rivers Planned Parenthood. For more info, head to srpp.org.