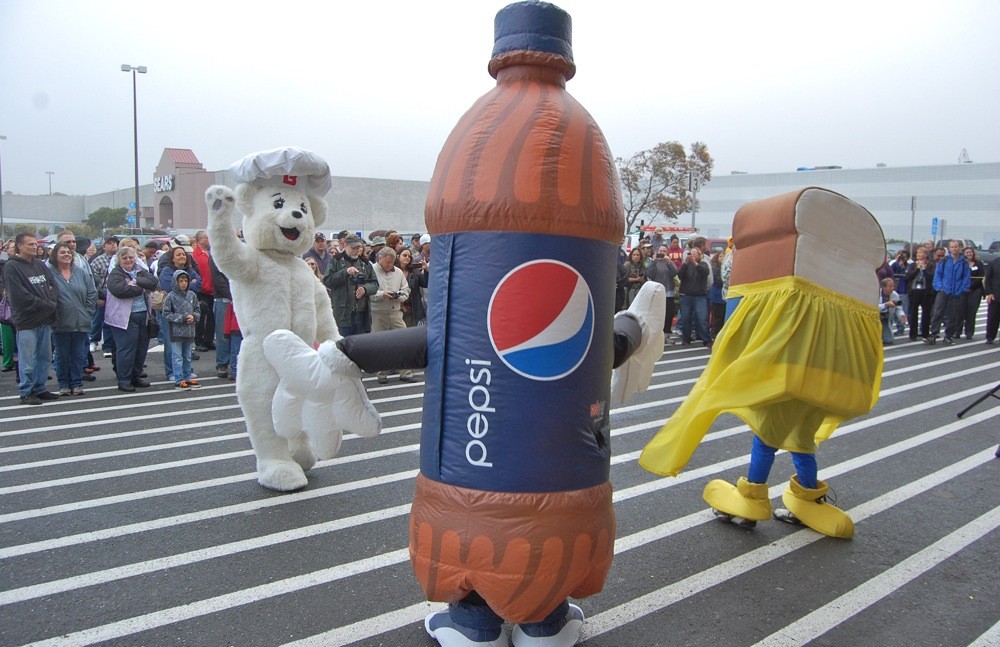 Ahh, 2012. The year Eureka finally got its smiley face.

But so what? Why include the opening of a Wal-Mart among this year's top stories? With nearly 9,000 locations worldwide, the world's largest retailer opening yet another fluorescent-lit shop is certainly not a rare occurrence. Sure. However, no other single issue garnered quite the sustained, impassioned fire in our website's comment sections, both pro-Wal and anti-Wal, as that damned store.

Let's back up: Eureka's love/hate relationship with Wal-Mart dates back to 1999, when residents voted down Measure J, an attempt to rezone the Balloon Track to allow the retailer access. A dozen years later, whispers that Wal-developers were sniffing around Gottschalks' former Bayshore Mall shell -- and being really sneaky about it, btw -- raised local ire.

First came the detractors. At issue was Wal-Mart's well-documented worker's rights violations and its penchant for Hulk-smashing localized small businesses. It will steal our jobs! Then came the wave of supporters, excited by the prospect of cheapy goods and the opportunity for employment. It will bring us jobs! Wal-Mart is uniquely salient to most everyone. Organized protests, anti-Wal-Mart film screenings and Facebook groups popped up countywide.

Then it got weirdly hilarious. Wal-Mart sent out invitations to its June grand opening indicating, among other loveliness, that the proceedings would feature a prayer from a local pastor, a flag ceremony courtesy of Eureka High School's Navy Junior Reserve Officer Training Corps and a dance performance by Bimbo Bear, a giant Pepsi bottle and Chester Cheetah to the Black Eyed Peas "Let's Get It Started." (Note: Chester no-showed, but was replaced by a giant, caped piece of white bread.) Say what you will, but such a spectacle will never be replicated.

Thanks for the show, Wal-Mart.