Facebook Nikki Dion Metcalf, Margarett Lee Moon and Shelly Autumn Mae Moon (left to right) were fatally shot the morning of Feb 10 in their home on the Bear River Band of the Rohnerville Rancheria Reservation, leaving a community in mourning. 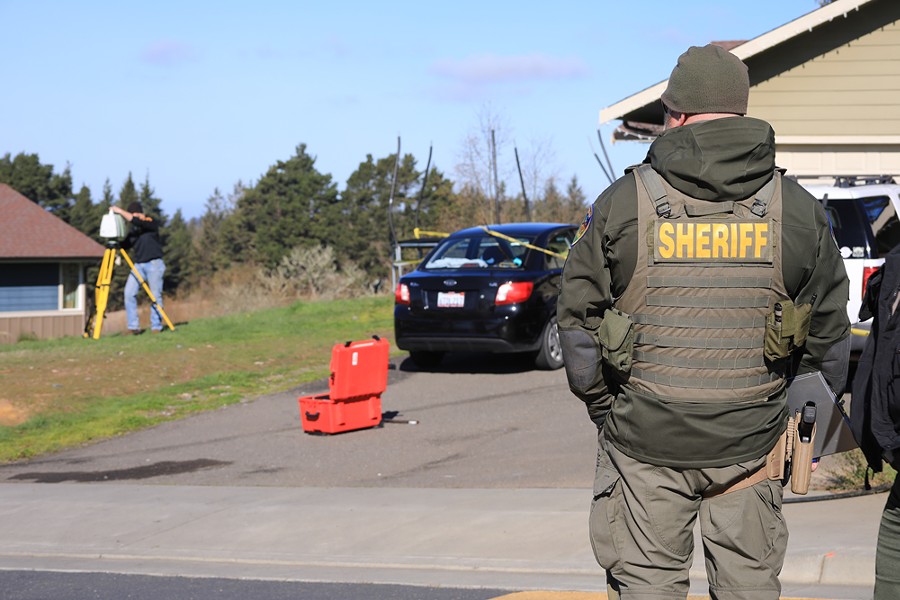 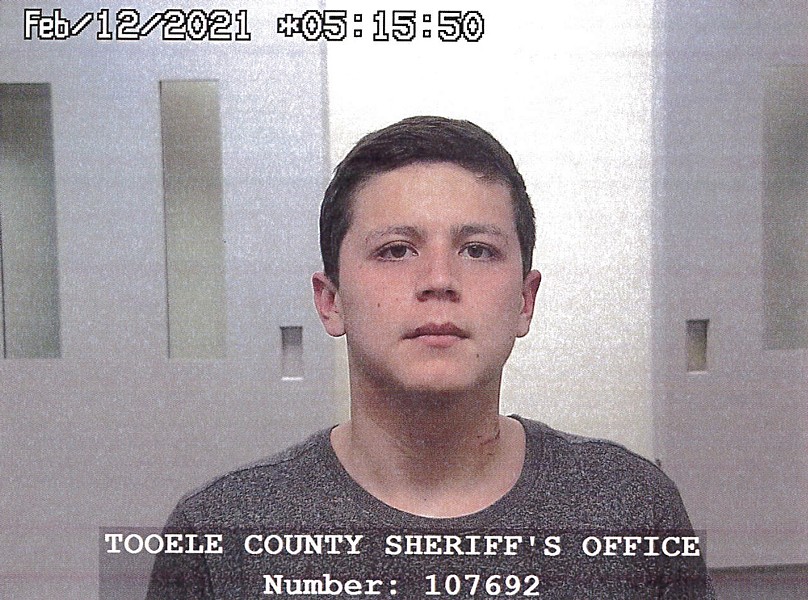 Tooele County Sheriff's Office Mauricio Eduardo Johnson when booked into jail after being arrested on a murder warrant in Tooele County, Utah.

The 18-year-old Loleta man accused of fatally shooting three people — including a 16-year-old girl — at a home on the Bear River Band of the Rohnerville Rancheria Reservation the morning of Feb. 10 was known to the victims and a "guest in their house," Humboldt County Sheriff William Honsal told the Journal.

Deputies were called to the house in the 200 block of Carroll Road a little after 8 a.m., when a juvenile in the home called 911 to report a shooting. They arrived to find two people dead and a third with "serious injuries" who later died at a local hospital. Two children — 11 and 13, according to Honsal — were found uninjured in the home.

The victims were later identified as Nikki Dion Metcalf and Margarett Lee Moon, both 40, and Moon's 16-year-old daughter, Shelly Autumn Mae Moon. Moon and Metcalf had become engaged to be married on Christmas Eve, according to a post on Moon's Facebook page.

Honsal said the suspect — Mauricio Eduardo Johnson — was a "friend" of the family and had a relationship with Shelly, though Honsal said their "exact relationship" remains under investigation. But he said Johnson had been given permission to be inside the house by "at least one of the residents" and the family knew he was in the house prior to the shootings.

Detectives, Honsal said, continue to investigate a possible motive for what's believed to be the county's first triple homicide in at least two decades.

"It's a tragedy," the sheriff said. "Our hearts go out to the Bear River community and the Moon family. It's just an absolute tragedy."

The killings have had profound impacts on the Bear River and Loleta communities. Shelly and Margarett Lee Moon both worked at Loleta Elementary School as aides, tutoring students and working in the afterschool program.

"Loleta Union School District is saddened by the loss of two wonderful young women," the district said in a statement emailed to the Journal. "They graced us with their beautiful smiles and loving hearts. Their work with children was appreciated, they will be missed by everyone at LUSD."

In coordination with the Humboldt County Office of Education, the Bear River Rancheria, Two Feathers, Humboldt Bridges and SELPA, the district is offering counseling and support for anyone who needs it. Anyone wishing to access services or get more information can call 733-5705.

"We are a community and are here to help each other," the statement said.

Attempts to reach the Bear River Band of the Rohnerville Rancheria for this story were not immediately successful.

When deputies arrived at the scene of the Feb. 10 shootings, Honsal said they immediately recognized the gravity of the situation and called out the major crimes task force, which includes senior detectives and evidence technicians from a host of local agencies, all of whom "basically swarmed to the scene."

Investigators got a "ton of community cooperation," Honsal said.

"People came forward and gave us information," Honsal said. "That ultimately led us to Mr. Johnson, the vehicle he was associated with and a likely destination."

“People came forward and gave us information...That ultimately led us to Mr. Johnson.” tweet this
Investigators learned Johnson was traveling with his mother, Melissa Sanchez Johnson, and her friend, Von Keener, in a white Toyota Highlander, reportedly heading to a friend or family member's residence in Indiana. Honsal said investigators wanted to act on this information before it became public — potentially allowing Johnson to change course or destroy evidence.

"We know that people listen to police scanners, so we oftentimes put this type of sensitive information out through email or teletype that say, 'Do not transmit over the air,'" Honsal said. "We don't want the suspect to know we're looking for him."

In this case, a "be on the lookout" advisory went out to allied agencies in California, Nevada and Utah, asking officers to look for the suspect vehicle and advising its three passengers were wanted in connection with a triple homicide and Johnson should be considered to be armed with a handgun. Despite the request not to broadcast the information, an agency in Placer County did announce the advisory over its dispatch radio, recordings of which then made the rounds on social media.

Meanwhile, around 1:30 p.m. on Feb. 11, Utah Highway Patrol troopers were notified of the ongoing effort to locate the Highlander and its passengers. About an hour and 15 minutes later, troopers spotted the vehicle and "put a plan in place to safely stop" it and take its occupants into custody, according to a UHP press release, calling for an emergency response team and readying a helicopter if backup should be needed.

"A traffic stop was initiated and the vehicle refused to stop," the press release states. "The vehicle's tires were spiked shortly thereafter."

When the vehicle came to a stop, Johnson was arrested, Keener was taken into custody on an unrelated Humboldt County warrant and Sanchez Johnson was detained for questioning, according to the release.

Honsal said officers constantly work to balance transparency and keeping the public informed with the potential of harm to an ongoing investigation. In this case, he said they did not have any information to indicate there was an ongoing threat to local residents and the balance tipped in favor of not releasing the suspect's identity or whereabouts while they tried to bring him in to custody.

As of Feb. 12, Honsal said investigators had no evidence that Keener or Sanchez Johnson were involved in or present at the time of the homicides but that they "are investigating their roles after the homicides."

"We take aiding and abetting very seriously, so we want to know through our investigation how they may have aided and abetted Mr. Johnson in his escape," Honsal said.

Autopsies on the victims in the case were scheduled Feb. 12, but Honsal said they appeared to have died of "gunshot wounds."

Honsal said he's grateful for the cooperation and hard work of his and allied agencies' investigators and evidence technicians, many of whom worked 24 to 36 hours straight to get an arrest in the case, as well as the cooperation of community members who came forward with valuable information.

"The first 24 hours of this investigation were just crucial," Honsal said. "The reason we were able to get this information and develop it into an arrest warrant so quickly is because of the cooperation from the Bear River Rancheria, the community and the witnesses who came forward."

The Loleta Elementary School Facebook page cover photo was switched at 7:03 p.m. Feb. 10 to a picture of Margarett Lee Moon.

"Heartbroken we are over this tragic loss, Margarett was a beautiful person inside and out," reads the first comment. "Was there for everyone, she had an awesome personality and laugh like no other. Our prayers are with her family."