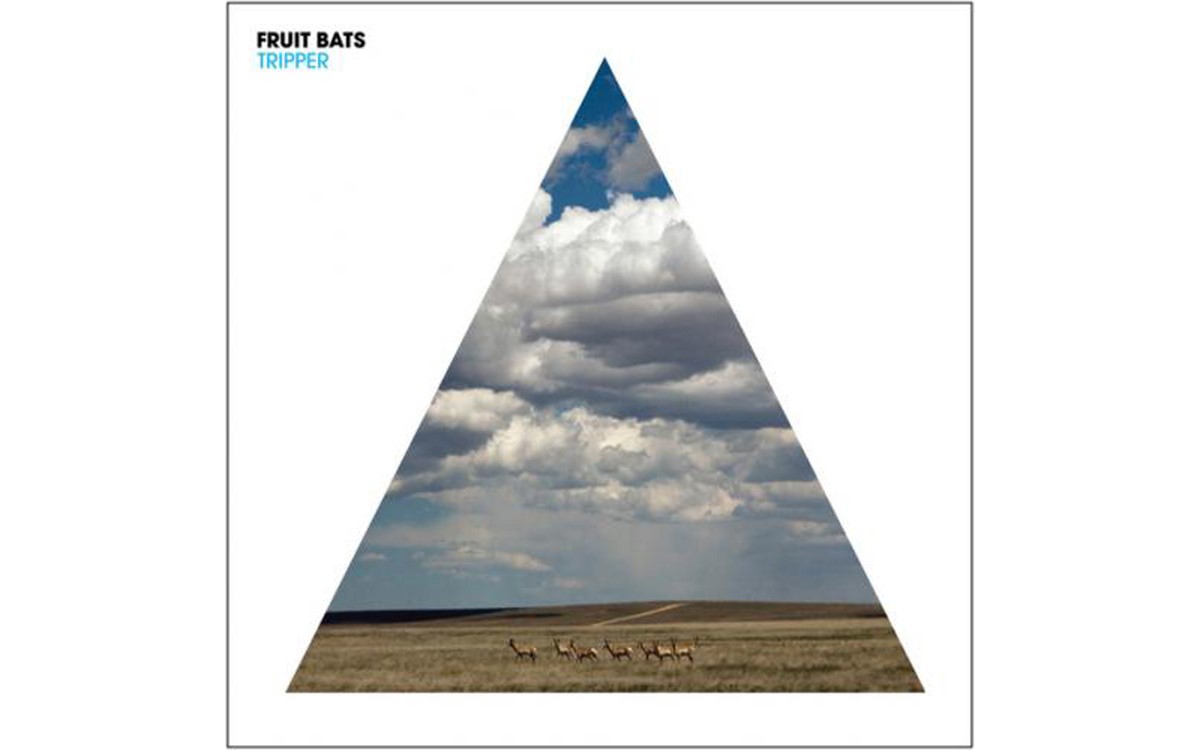 Chicago-based singer, songwriter and guitarist Eric D. Johnson has an artistic pendulum that constantly swings back and forth. His forays as a musician-sideman (playing on the road with Vetiver, The Shins and Califone), soundtrack composer (scoring Max Winkler's upcoming comedy, Ceremony) and as a solo artist/bandleader have garnered Johnson respect, especially among his peers. Johnson's solo career (under the name Fruit Bats) swings in a similar fashion: between the desire to sound like a band or sound like a solo artist.

Tripper, the fifth Fruit Bats' studio release, is thematically strung together as a mythical road trip. It's inspired by a real-life experience of a bus ride from Chicago to California, and the characters and their narratives along this journey. And perhaps due to his recent work with cinema, Johnson mapped out Tripper like a film soundtrack compilation, attempting to imbue each song with a distinct sound and approach within the pop landscape of his previous work, including ‘60s and ‘70s pop radio hits and bands he has toured with. It's ambitious, but, unfortunately, Tripper produces mixed results.

Initially Johnson laid down tracks in Los Angeles with his touring band, comprised mostly of those who played on his 2009 release, The Ruminant Band. Additional time was spent adding textures to those tracks by Johnson and producer Thom Monahan, who produced records for Vetiver, Devendra Banhart and The Pernice Brothers.

There are satisfying gems scattered in Tripper. The surreal waltz of "So Long" recalls the eccentric pop of New Pornographers' Dan Bejar's solo work, while the melancholic "Wild Honey" (written as a tribute to his friend, the late songwriter Diane Izzo) is strongly reminiscent of the dark atmosphere of Big Star's "Holocaust" from their ill-fated 1975 Third/Sisters Lovers. However after exploring these various pop styles, which Johnson has exhibited deftly in his past work, there seems to be a lack of identity here.

The 2009 record, The Ruminant Band, found Johnson flirting with LA '60s psychedelic-country and exploring promising directions with his brand of pop. Tripper, on the other hand, lacks sonic cohesiveness.

What's odd about Tripper (and ultimately frustrating) is that the missing "identity" exists on the record. Johnson bookends the album with its two finest songs: the opening cut "Tony the Tripper," an excellent, expansive song that should have set the tone for Tripper, and "Picture of a Bird," a final cut that contains the elements of a perfect pop song. "Picture" incorporates a sharp acoustic guitar hook, a soaring pop melody and subtle country-tinged guitar and piano accompaniments. There's also a perfect balance of a band-based sound, steered by Johnson. The production is not overwhelming, never intruding on the organic structure of the song. Sadly, its brilliance also signifies Tripper's lost opportunity.