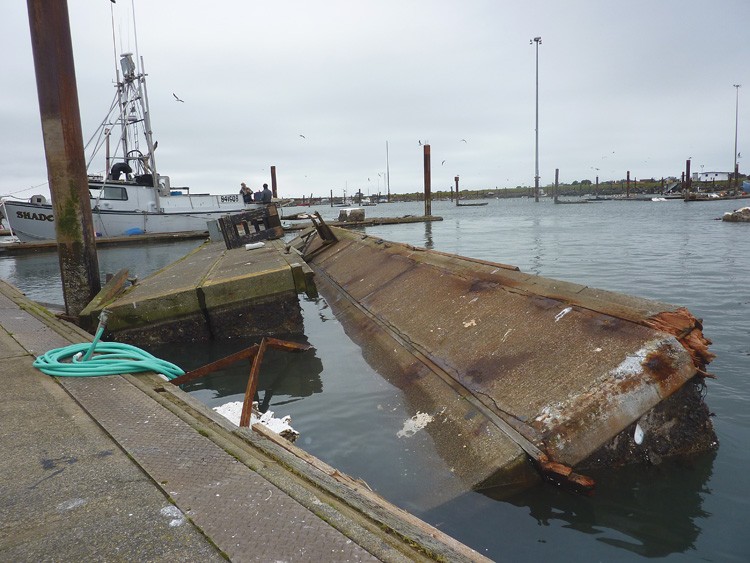 The 9.0 earthquake in Japan on March 11 triggered a massive tsunami that tumbled already damaged and burning cities into rubble; killed almost 16,000 people and left nearly 6,000 wounded and 3,500 missing; and caused meltdowns in three nuclear power reactors, leading to the evacuation of hundreds of thousands of people.

Next to that horror, our own affair with the tsunami, whose surges began striking our Northern California shores many hours later and caused hundreds to be evacuated from their homes, seems inconsequential -- even exciting, if you consider the tale of one crazy fisherman who surfed the tsunami out of the Crescent City harbor to the amazement and dismay of onlookers.

And yet the tsunami destroyed Crescent City's harbor, sinking about a dozen boats, and washed 25-year-old Dustin Douglas Weber, who'd recently moved to Requa, out to sea from the mouth of the Klamath River. Weber had gone down to a small rocky spit after the first surge, not realizing there'd be more sudden big waves. (His body washed ashore three weeks later and 300 miles north near the mouth of the Columbia River.)

In the ensuing days, here in Humboldt, news of the meltdowns prompted a wave of panicked coast-dwellers into the mountains, fleeing possible nuclear fallout. Researchers did discover small amounts of radioactive material in rainwater collected in the Bay Area, and in milk and some plants, but not enough, they said, to be harmful to people.

Crescent City has since rebuilt part of its harbor and rigged temporary docks, and it's ready for crab season.