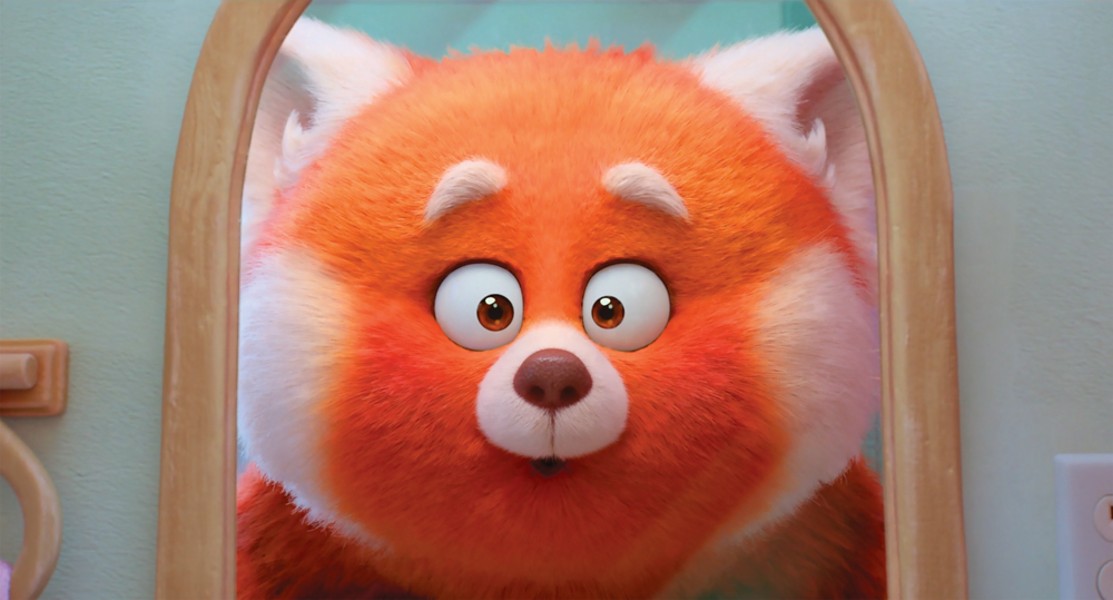 Turning Red When the edible hits. 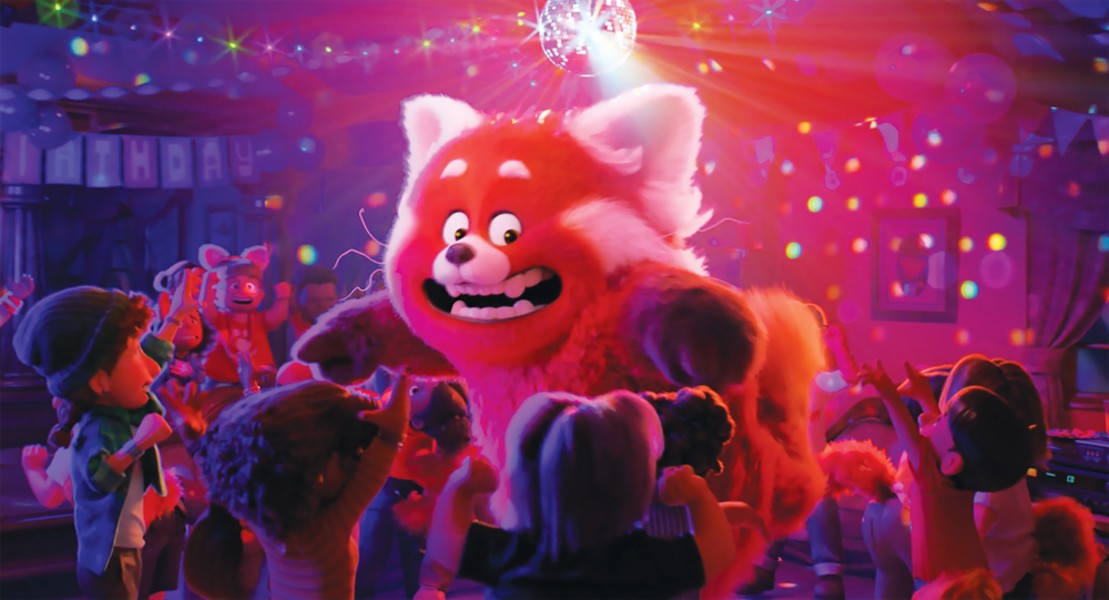 Turning Red When the edible hits.

TURNING RED. Getting prepared for date night by changing into pajamas, cleaning my bedroom/cave and assembling the pre-bought junk food to watch a movie on TV is turning me into a huge bear, too. In the new Pixar animation feature offered by Disney, Turning Red reminds me to close my eyes, control my emotional eating impulses and remember my less-stressed life in the company of friends who love me regardless of my outside. That, and how comically crazy Asian moms can be.

From director Domee Shi, who introduced the world to an emotional steamed dumpling and won an Academy Award for it, Turning Red opens at a blistering pace reminiscent of seizure-inducing, color-packed and strobing anime with the confidence of Bomba Estereo's "Soy Yo" and a sprinkle of K-pop. Though that may sound confusing and bizarre, it sets the tone for the movie and immediately invites you into a tangible and oddly familiar world: Toronto's Chinatown. Like Chinatowns throughout the world, where in a few steps you can go from street cars and Victorians to red lanterns and hanzi writing, Shi blends — sometimes hysterically — the Chinese culture and imagery with the surrounding dominant culture, breathing life into the world of Mei Lee, her Canadi-Asian main character.

I must admit, without any information other than that this is a new Disney movie focusing on Chinese-Canadian characters, the title immediately made me cringe. Perhaps I can credit 45 or social media for my skeptical spirit being constantly and sometimes irrationally on the lookout for coded language, but I was preparing myself with the armor necessary to watch a film in which Chinese Americans might be caricatured; fearing the title was a pun referring to the struggle of North American-born immigrants fighting the return of their communist roots. (Hollywood still thinks those movies are funny.) Thank goodness I was not even close.

Turning Red is actually about the cute, mischievous and volatile red panda Mei Lee transforms into when emotional. As a girl's coming-of-age film, the title also deals with the "red peony bloom," that "inconvenient genetic thingy," "powerful mystical beast ... blessing becoming an inconvenience." Poetically quoted throughout the film, the title and period euphemisms are all the more hysterical when caught in repeat viewings with the kids.

As I shove another peanut butter cookie in my mouth and see the reaction of Mei Lee's mom (Ming) whenever she hears anything food related, I'm immediately nostalgic. Ming, voiced by Sandra Oh, is an iconic Asian mom with all the comedy and without the need to exaggerate the stereotype. She's powerful, bonded, concerned, driven and appetite obsessed; food can solve even the most intense of dramas. In some ways, perhaps wonton soup can ease the problem of turning into a giant red panda. If that's true, I can certainly have another vanilla wafer and continue to enjoy the movie (schedule a phone call with mom).

Luckily, the panda dilemma is only secondary to the real conflict in the movie: how to see the boy band 4 Town when the parents do not approve. This is where the film lost momentum for me. Perhaps aided by the onset of my sugar coma, the sonic speed of the exposition or maybe my inability to relate to hormonal 13-year-old girls raising $100 to attend a boy band concert unaccompanied, the pace and storyline seemed to deflate. Though aided by a flashy musical montage that brought back the style of the prologue, the energy felt spent and bloated.

Enter Grandma (Wei Ching Ho). If the story had an antagonist, she would be it: all things classy, refined, weathered and deserving of her own spin-off. With her entourage of Mei Lee's aunties and accompanied by the magical Mr. Gao (the iconic and exceptionally talented James Hong), she is a force whose presence shifts the entire story and characters' dispositions. Her presence rightfully slows the action and changes the presentation from comic book-ish to Big Trouble in Little China-like adventure, and makes way for more emotion and depth to come into the story. Though struggling to build back the momentum toward the denouement, Shi accomplishes this with some clever magic rituals, ascending chants mixed with boy-band pop and a Godzilla-like character that serve more Stay Puff Marshmallow Man than drama. Turning Red is poignant and enjoyable, with lessons, morals and possible interpretations enough to be highly re-watchable. PG. 100M. DISNEY+.

Tiggerbouncer Custodio (he/she/they) is an empowered queer Indigenous Filipino artist passionate about truth, reconciliation and accountability, whose works have been seen on Humboldt stages and spaces, as well as out of town venues.

THE BATMAN. No bright green suit filled with purple question marks for this villain. A darker, more sinister version of the Riddler heads to the big screen in this new adaptation of the Dark Knight. Starring Robert Pattinson, Zoë Kravitz and Paul Dano. PG13. 176M. BROADWAY, FORTUNA, MILL CREEK, MINOR.

DRIVE MY CAR. A widowed actor in Hiroshima to direct Uncle Vanya hires a young woman as his chauffeur in this Japanese drama. NR. 179M. MINOR.

JACKASS FOREVER. It›s all fun and games until somebody in this aging crew breaks a hip. R. 96M. BROADWAY.

SPIDER-MAN: NO WAY HOME. See what happens when you take your mask off? Starring Tom Holland and Zendaya. PG13. 148M. BROADWAY, MILL CREEK.