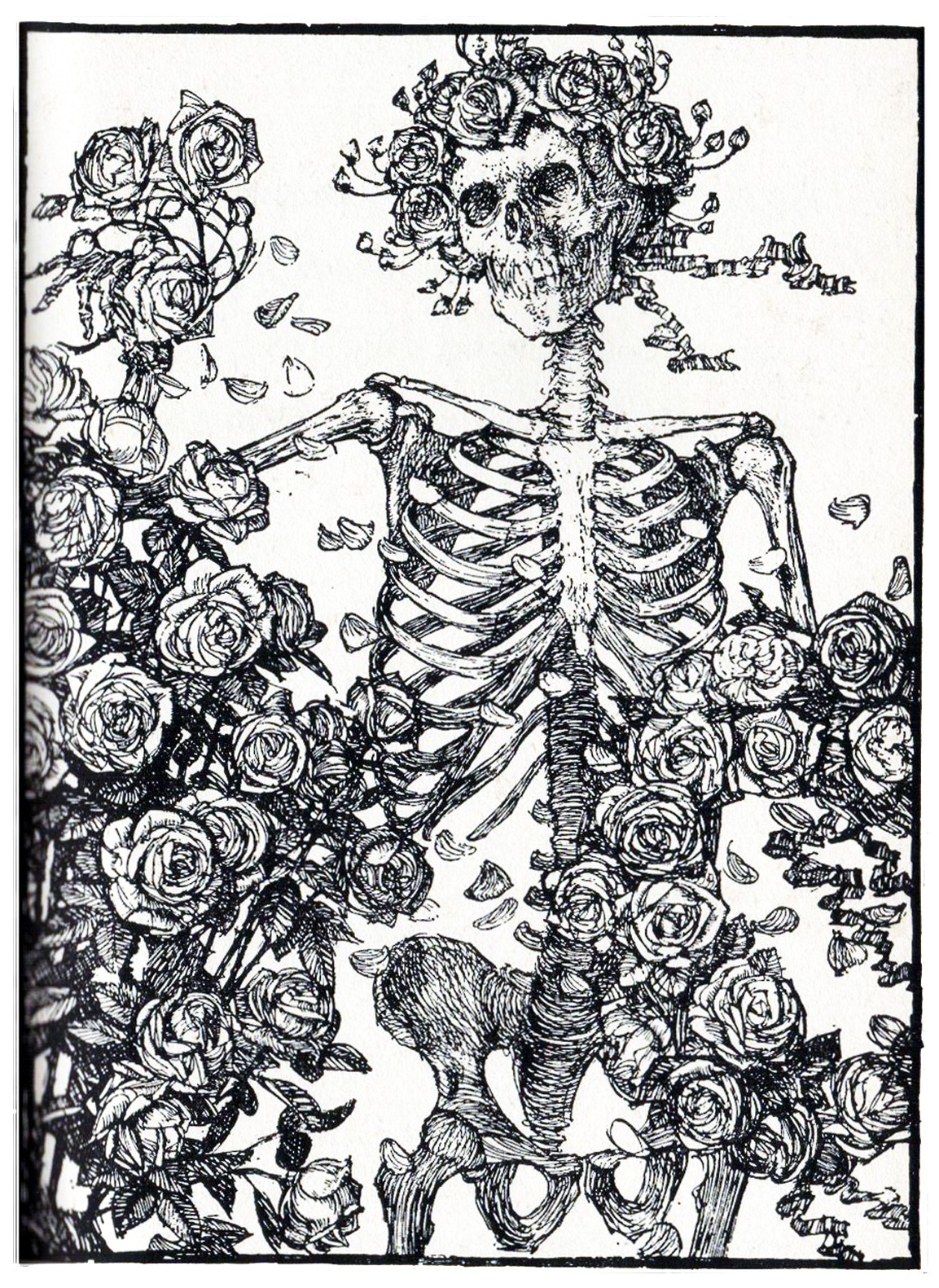 For those not "on the bus," as Ken Kesey put it, it's not easy to fathom the allure and lasting influence of the Grateful Dead. Originally founded in the mid-'60s as a hippie jug band, the group morphed into The Warlocks, then, as The Grateful Dead (or just The Dead) became arguably the most successful touring band in history. Deadicated fans followed the endless "tour" from town to town, hanging out together in parking lots before shows, then hanging on every note from Jerry Garcia's guitar as the music spiraled skyward. As the seminal jamband, The Dead spawned a musical movement and inspired a lifestyle. As unintentional entrepreneurial pioneers, they helped shape the way music is delivered and shared. Live recordings were free; studio albums became almost an afterthought. Branding abounded, be it skulls, bears or tie-dye.

The sharing aspect was crucial. Even before Garcia's death in 1995 brought an end to the Grateful Dead in its original form, Deadhead musicians were gathering to share favorite songs from the canon. While we've seen a burst in tribute band activity of late, nothing compares to the universal phenomenon of Dead tributes, both casual and more serious.

By chance there's a convergence of Deadhead touring outfits this week, along with locals exploring Dead/Jerry territory.

First up: The Miracle Show, a Humboldt outfit playing (for free) at Blue Lake Casino's Wave Lounge Friday night. "Everybody needs a miracle sometime," says Travis, one of two drummers (a la The Dead). "Some of us have long and happy tour memories, some of us were turned on a little later. We all have different influences, tastes, personalities, favorite Dead 'eras' and interesting choices in what to wear onstage -- but our common ground is the music of The Dead. There is nothing, and there never will be anything, like a Grateful Dead concert. But we have a helluva good time celebrating the music that still inspires miracles. The music never stops!"

Then on Saturday at the Arcata Theatre Lounge, Dead Ahead offers "an evening of live Grateful Dead music" with a band featuring Hammond B-3 organist Melvin Seals, who played with Garcia for 18 years in the Jerry Garcia Band (he still leads a post-Jerry version of that band now known as JGB). On lead guitar, in "the Jerry position," they have Dave Hebert, aka A-Bear, who plays in the Phoenix Dead trib Xtra Ticket. Second guitarist Jimmy Tebeau, aka T-Bo, assembled Dead Ahead. He has toured with JGB, but primarily he's leader of The Schwag, a longstanding Dead tribute in Missouri. It's not mentioned in his p.r., but Tebeau is facing serious legal troubles back home in connection with a Woodstock-/Reggae on the River-style campout concert weekend called Schwagstock held at a park-like former summer camp he owns called Camp Zoe. Late last year the DEA filed charges alleging widespread illegal drug use at the festival. While his lawyers battle in court to stop the government from seizing his property, T-Bo is out on the road playing Dead tunes.

In part because one of the owners of the Red Fox Tavern is a Deadhead, every Monday is Grateful Dead Jam Night at the Fox, a relatively casual affair where you're invited to "sit in, play a tune, or just sing-along." DJ Livingearth spins between jams.

Last, on Tuesday at Humboldt Brews, you have Cubensis, whose members say they have spent 23 years "keeping the flame alive" for Deadheads in the greater SoCal area as "veteran tributeers." Guitarist Craig Marshall claims his is the "only Dead tribute to actually receive Jerry Garcia's blessing to perform Grateful Dead music," basing that on an encounter with the guitar god in the SF airport on the way to a Dead show back in the day. "I told him about the band, and that we played all Grateful Dead music, to which Jerry replied (with mock surprise), 'Oh yeah? So do WE!' After a hearty laugh, we got down to talking shop about his guitar effects, etc. I managed to ask him how he felt about us playing Dead music, and he granted his permission, saying, 'As long as you do a good job of it!'" Do they? You'll have to see for yourself. Pull out the tie-dye-T and get down with the Deadheads. Likeminded Floridian roots-rock jamband The Roy Jay Band opens the show.

Coming to the Arcata Theatre Lounge Friday night, Lawrence Krisna Parker, better known as KRS-One, or Teacha. As noted by Wikipedia, at the 2008 BET Awards, KRS-One was given a Lifetime Achievement Award "for all his work and effort towards the Stop the Violence Movement as well as the overall pioneering of hip hop music and culture." You can trace that back to the '80s, the early days of hip hop, when his group Boogie Down Productions shifted the focus from gangsta-style raps about guns and bitches with a song titled "Stop the Violence." That followed on the heels of two deaths: A fan was murdered at a BDP/Public Enemy concert, then Parker's BDP partner Scott La Rock was shot and killed in the Bronx. KRS-One has led the battle for peace and positivity in music and in streetlife ever since.

It's the second Friday in June, which means Arts! Arcata and music all around town, including the Berel Alexander Ensemble playing on I St. where they had the Humboldt Arts Festival. Ask Berel about his Kickstarter Project and the biodiesel tour van (stay tuned for more on that later).

The late Cory "Candyman" Ross was legendary in the local music community, a tattooed promoter who loved metal and worked tirelessly to make concerts come together. I'll never forget the call I got from St. Joe's where he was laid up following a heart attack but still had to make sure some show went on. Seems fitting that his friends are gathering Saturday night at Club Retro for a headbanger concert in his memory. In Dismemberance, Transient Messiah, Decayed Existence, Thea Skotia, Orchestrate and Celthahan provide the metal.

Coming up Wednesday, June 15, at the Red Fox the godfather of chimurenga music, Thomas Mapfumo, and The Blacks Unlimited. While he now lives in Oregon, Mapfumo was a musical warrior for Zimbabwean independence in the '70s, part of the struggle against colonial rule. Today he still sings for freedom. As he told me on a previous visit, "There are a lot of people who are not very free in this world. They don't have their freedom; they don't have a voice. We as musicians, through our music, we can be their voice."

Plenty of Humboldters are heading down to the 33rd annual Harmony Festival, Friday through Sunday at Sonoma County Fairgrounds in Santa Rosa, where headliners include Michael Franti and Spearhead (Friday), The Flaming Lips (Saturday) and Primus (Sunday). There's music on multiple stages by too many bands to mention; suffice to say it's in many styles and comes from around the world. Speakers will enlighten you on spirituality, ecology and healthy living in general (it was once called the Health and Harmony Festival). And they'll have a tribute to Jerry Garcia (see above) and Owsley "Bear" Stanley including Steve Kimock, Jesse McReynolds, Moonalice, The David Nelson Band and members of Railroad Earth.

As the Dead once sang (and Travis noted), "The music never stops!"