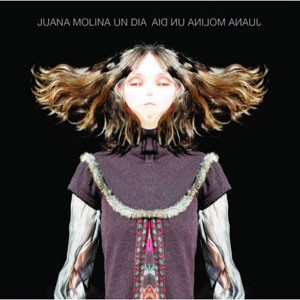 D.I.Y. Do-It-Yourself. This was a phrase attached to the ethic from frontier days of punk music, both here and abroad, but it was not so exclusive to the particular musical genre. The "No Wave" movement in New York (and later, Chicago and Los Angeles) also took more experimental forms and performed in a variety of unconventional venues.

"World" music, by definition, is a terribly broad term, loosely meaning anything "foreign," or non-English based. By the same token, music from around the far reaches of this globe has become more accessible. This has taken music to a new level: one that merges, mixes, samples and combines music from a wide variety of locations, blurring the idea of "regional" music.

The Argentine singer, songwriter and producer Juana Molina has carved herself a unique place in this new landscape of "world" music. Musically, she really has no rival. Molina often blends vocals, treatments, percussion, guitar, bass into a wall-of-sound, where distinction between these categories meld into one large soundscape. Her songs are often sung in her native Rioplatense Spanish, though she has occasionally written songs in French. In a 2004 interview with LA Weekly, Molina cites music from Uruguay as a great influence, "It not only has swing and good vibes, it has everything. One interviewer from Uruguay said I was the best modern interpreter of their music, even if I was from Argentina, which made me very proud." She also cited listening to King Crimson's "Larks' Tongues in Aspic," at the age of 9, as notable influence. But even with these clues to Molina's musical past, it never truly prepares the listener for an ethereal experience. This is music from another world.

Since 1996, Molina has released records marking her development as an artist and songwriter with each successive release expanding, exploring this original sound. Un Dia, her fifth full-length release, follows on the heels of her remarkable 2006 recording, Son. And though Un Dia is not a radical departure from Son in its general atmospherics, it is a more rhythmical album. Playing and performing nearly entirely on her own (which has become a staple of a bulk of her work), Molina often uses everything at her disposal -- electronics, percussion, vocals, loops/devices, instruments and sound samples -- to create rhythm, layering "beats" upon one another in a spiraling effect. This is best exemplified on her first two tracks, "Un Dia" and "Vive Solo," both repeating staccato, sharp notes to propel the song's multi-rhythm.