California allows people to sell home-cooked meals. Humboldt does not. 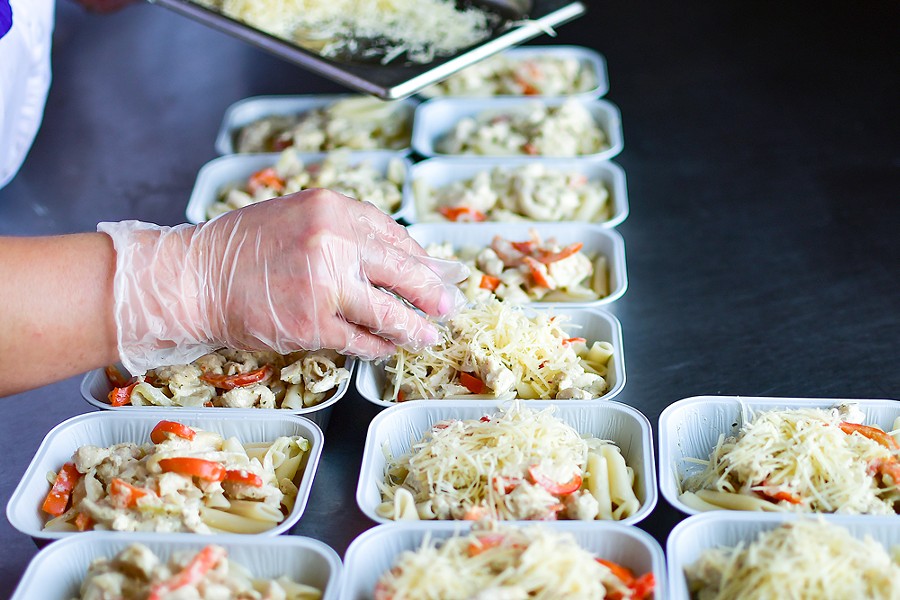 A year ago, the Especiales Meals and Catering Facebook page was flush with photos of stacked tamales and rows of enchiladas in foil trays. Co-owner Sherrie Bazan was taking business classes at College of the Redwoods, securing a business license and hunting around for a food truck and a commercial kitchen. And in the meantime, a couple times a month she was cooking up batches of Mexican food at home and selling it through Facebook. It was nothing new for the former head cook at South Bay School District. She had a food handler's certificate and had cooked for fundraisers for her son's football team for years with no problems. Around Christmas, especially, a day's tamale sales might top out around $1,600. Other days she might bring in $500 gross.

But a couple months into it, Bazan says, someone posted a comment asking if she was licensed. Soon after, she got a call from the Humboldt County Department of Health and Human Services telling her the business wasn't legal. She was let off with a warning but told there'd be a fine next time. "I didn't even know you weren't supposed to do that," says Bazan, who'd seen similar businesses operating above board elsewhere in California.

California passed Assembly Bill 626 in 2018, allowing licensed home microenterprise businesses to prepare and sell perishable meals direct to customers, with the stated intention of helping home cooks and professionals profit from their skills without the prohibitive expenses of a traditional restaurant. During the pandemic, both amateurs and laid-off restaurant workers around the state have taken advantage of the option. However, the law leaves counties and cities to determine whether they'll authorize such operations. Humboldt County has opted not to allow these home food businesses, which means (with the exception of those operating on tribal lands) folks regularly selling home-cooked meals on social media and elsewhere are operating under the table.

Humboldt does permit home-based cottage food operations in two classes: Class A businesses can sell directly to customers and those with a Class B permit can sell to third-party retailers. Both are limited to "certain non-potentially hazardous foods, meaning low risk foods that do not require temperature control to limit pathogenic microorganism growth or toxin formation," explains DHHS spokesperson Christine Messinger. For example, bread and preserves are fine, but lasagna, which would be dangerous if left unheated or unrefrigerated, isn't. Along with registering with the Department of Environmental Health and getting a business license, a Class A business also has to follow a self-certification checklist of California Health and Safety Code rules. These include taking a food handling course; keeping all equipment and surfaces sanitized; keeping the work area free of insects, rodents, smoking, children under 12 and pets; and not simultaneously using the kitchen for cooking for yourself or your family.

That lasagna — involving handling raw meat and dairy, and safe refrigeration and cooking temperatures — carries greater risk of food-borne illness like listeria and E. coli, for which restaurants and commercial kitchens are subject to regulations and inspections. According to Messinger, the county's decision to nix home kitchen operations is grounded in concern over consumer safety.

"The numerous CalCode exemptions related to Home Kitchen Operations do not afford the same oversight and protection to our community," Messinger writes in an email to the Journal. "Thus permitting and oversight of this program would create a true public health risk."

It's a decision she says is backed by the Health Officers of California and the Humboldt County Board of Supervisors, among others.

Running an illegal home kitchen is hardly Humboldt's most perilous black market venture but there are risks. According to Messinger, "Continuing to operate is a misdemeanor punishable by a fine of not less than $25 or more than $1,000 [per day], or by imprisonment for not more than six months, or by both fine and imprisonment." In 2020, only two operations were shut down by the DEH, Catering by Cap and another without a business name.

For a few weeks, Razel Tarantino was delivering ramen kits: boxes of noodles, broth and toppings to be assembled at home. He says he only planned to sell to his friends on Instagram, just small batches cooked in an apartment kitchen, but word got out. He'd been working in restaurant kitchens for years and, after 10 months of unemployment, the money helped a little and "cooking for people itself felt good." Other friends from the industry, he says, had been boxing up batches of food to sell on Instagram, too.

Tarantino admits his setup was not ideal. Aside from the equipment and limited scale, "With roommates coming in and out, it's not an environment I can control." He says he didn't feel comfortable operating without a license but a break-in sealed the end of the enterprise. "It got trashed and I got very disheartened and felt it was a sign. ... I'm hoping to do it again soon but just making sure I can do it in a safe environment," he says. "If I'm gonna do it, I may as well do it properly." For now, he's found a couple restaurant gigs in Arcata to keep him afloat.

Commercial kitchens are in short supply in Humboldt. There are none to be had at Redwood Acres at the moment and all the solo spaces at Arcata's Foodworks Culinary Center — even the ones with only sinks — are taken. Foodworks might have a few hours in a shared space for you if you're good to work only nights and weekends.

Bazan was looking at a space for Especiales at Redwood Acres just as the county was moving in its testing center and hospital surge facility, but even that would have required investing in a new range hood, which typically costs about $20,000. Seemingly against all odds, she recently found a commercial kitchen at the Mountain View Village apartments in Fortuna and says she’s now
operating above board. It's $850 per month and it's a hike to get food to her established Eureka clientele but, she says, "I know that it's going to be worth it."

Her plan is to find a truck and expand her menu to include Puerto Rican picadillo, Cuban ropa vieja and Salvadoran pupusas. "I kind of want to do a twist with other Latin food," she says, adding she's looking to pull in some Asian-influenced dishes from members of her family. In that way, Especiales will still feel like home cooking even if it’s cooked in a commercial kitchen and served from a food truck. "When you're cooking all together," she says, "you get something different."

Editor’s note: Since the print publication of this story, DHHS has informed the Journal that while Bazan may have found a kitchen, the business was still not permitted or in compliance with California Retail Food Code. Bazan, who says she believed the permitted kitchen was all she needed, has since contacted the Department of Environmental Health regarding permit application.