By The Extra Lens - Merge 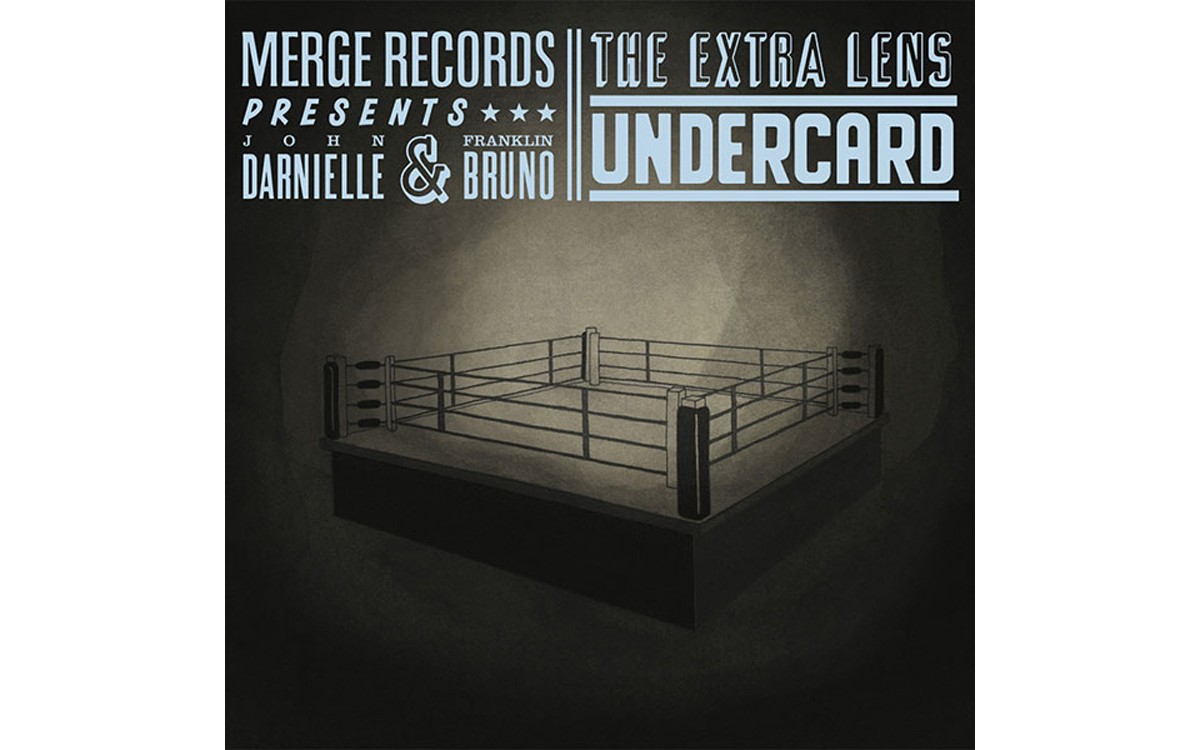 Let's keep it straight. The Mountain Goats primarily consist of John Darnielle, that group's songwriter, vocalist and guitarist. In 2001, Darnielle and singer/songwriter Franklin Bruno collaborated on a project together (Martial Arts Weekend), under the name of The Extra Glenns, sharing songwriting and instrumental duties. Since then Bruno has been a consistent and key musical contributor to The Mountain Goats recordings. For their second official collaboration, Undercard, Darnielle and Bruno lost a few letters, now calling themselves The Extra Lens. Yet their brand of stinging, prickly pop remains intact.

Undercard is a refreshing jump from The Mountain Goats' introspective effort, The Life of the World to Come, with its ominous stories inspired by a string of deaths of Darnielle's friends and titles referencing specific Bible passages. Like Martial Arts Weekend, the music here tends to be a touch more pop and with a brighter tempo than Mountain Goats releases exhibit. Darnielle provides the primary vocals with narrators revealing tragic and darkly comic tales. With the album's sprite tone, it makes the juxtaposition of lyrics and musical accompaniment unsettlingly deceptive.

Surprisingly, two electric guitar-driven songs, "Adultery" and "Dogs of Clinic 17," book-end Undercard.  "Adultery" features a narrator whose doubts nag him after an affair with a married woman results in him being the new husband. "Dogs of Clinic 17" concludes Undercard with a narrator who's been institutionalized. "There's a light in us, eating its way through me," Darnielle sings with cloaked optimism.

As in Martial Arts Weekend, which featured a version of Leonard Cohen's "Memories," the new album includes an excellent cover, this time of Randy Newman's "In Germany Before the War," a song inspired by Fritz Lang's 1931 film M and its central character, a serial killer of children. It draws an intriguing attention to Newman's 1977 original and its relation to these times.

Seasoned producer Brian Paulson, who has worked with Wilco, Son Volt, Beck and Slint, among others, has created a warm, organic studio sound for Undercard, without using many adornments.

Though Darnielle contributes the majority of the songs, Bruno adds his own gems, including the hilarious "How I Left the Ministry," whose narrator gets into a car accident on his way to a motel tryst with his neighbor's wife.  But it's Darnielle's poignant response to an overwhelming consumer culture, "Programmed Cell Death," that captures Undercard's center. Under a majestic orchestration, Darnielle sings, "We fiddle with our cell phones until our thumbs are sore. And the music on the speakers overhead is greater than the voices of the dead. How much longer are we supposed to stay alive? Gathering by the Portuguese sardines in Aisle 5." And it is that precise cocktail of gallows humor and irony that make Undercard an unsettling yet brilliant work.