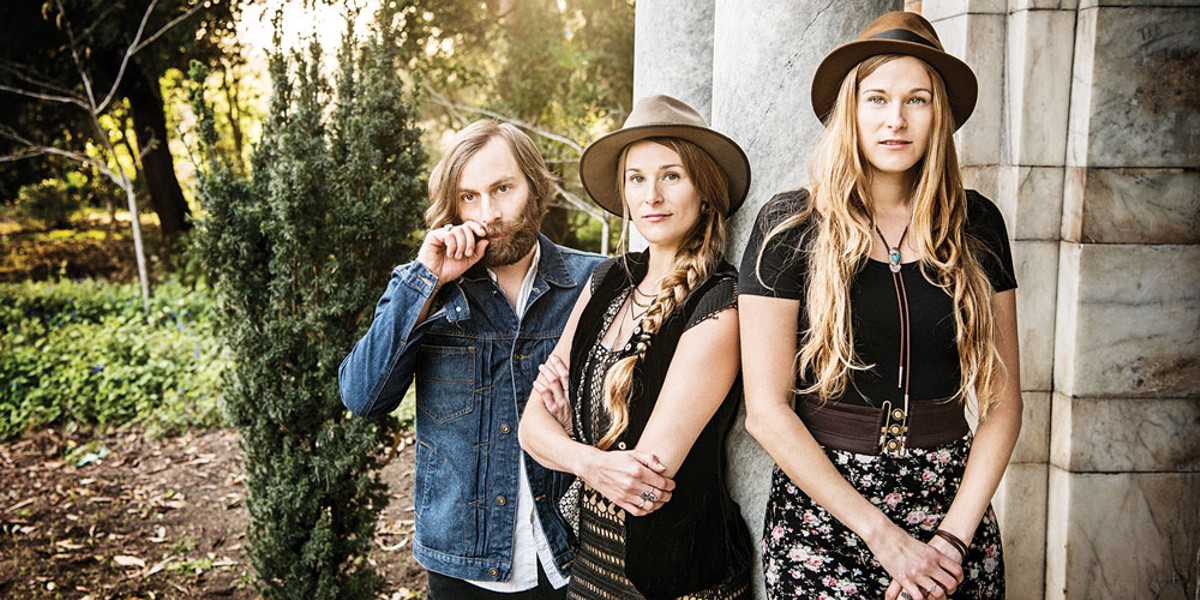 With Humboldt County's weather confused about if it is spring or summer, I, like many others this past weekend, found myself down on the banks of the Mad River taking in the 80-degree heat and working on my sunstroke. As the kids splashed around in the still-chilled waters, I reached into our "river bag" and noticed that I had left the book I am ever-so-slowly reading back at the house. After the moment of panic had passed — what to do with no entertainment? — I did what humans with attention spans have been doing for tens of thousands of years: I looked around. Of course, there was plenty to look at. The river, the trees along the river, the dead fish by the river, and then I noticed some little bug climbing up a little sand hill. Or, I should say, trying to climb up a sand hill. This Sisyphean effort went on for a bit, but I'll spare you the fascinating details.

While watching this struggle, I was reminded of a conversation I had with a musician friend of mine just two days before. It was a familiar one: Local musicians spend hours and hours writing and practicing, spending the little money they have on (often heavy) gear, transporting said gear to a gig, performing, packing up around 2 a.m. and walking away with, say, $20 in their pockets for their struggles. It's the same old story, and it's generally accepted that there's no light at the end of the tunnel. It's not all bad news though. Much like Sisyphus, if we learn to love the work and the struggle to make it to the top of the hill — well knowing we'll just have to do it all over again — it becomes meaningful to us and we won't give up. We'll take pride and joy out of what we do. Sometimes we'll do it for a few dollars more. Sometimes for a few less. The money can't hurt, but what we put in will come out worth more than what we can take to the bank.

I don't know whether or not that little bug enjoyed its struggle in the sand, but I can say that the little bugger eventually made it up and over that hill and went along its merry way, finding more and more hills to conquer that day.

The Logger Bar in the Lake o' Blue hosts an old-school fundraiser for a local band. The Dog was a Band Now is raising money to record its debut EP and you know how they're doing it? That's right, by performing for you. It's possible they are doing an online component to this fundraising — I'm not sure — but go on out and give a band hauling its gear around town for a few of your bucks at 9 p.m.

Keller Williams — not to be confused with the real estate group — will be returning to Humboldt at the Arcata Theatre Lounge at 9 p.m. Opening the show will be Humboldt-lovers from Portland, The Shook Twins. $25 will get you in the door to hear these eclectic musicians.

Looking for a fistful of dollars to benefit its Humboldt Pirate Radio, Synapsis is holding a spaghetti-western-themed fundraiser and a great lineup of locals lends talent in support. Mustachioed man of mystery Mister Moonbeam joins sets by queens of harmony Belles of the Levee along with high-altitude peyote jammers Opossum Sun Trail. 8 p.m. start time and a $5-$10 sliding scale at 47 West Third St. in Eureka.

Find locals The Yokels bringing their tonk at Redwood Curtain Brewery for free at 8 p.m.

For something far more modern and experimental head to the Morris Graves Museum of Art at 8 p.m. for the Constellation Series, which also features HSU students and faculty, for "electro acoustic" minimalist works. Musicians will be located in different areas of the museum and will occasionally be performing at the same time (together?), for this $5 experimental performance.

Both returning to Humboldt are Diego's Umbrella and Zach Deputy, who I'm told are both used to headlining at Humboldt Brews. I don't know who's going first, or who is "headlining" — let's hope there's an amicable arrangement. Find out at 9:30 p.m. and bring $15.

After recovering from your Alibi experience last night, get over to Christ Episcopal Church in Eureka for an early show at 4 p.m. by Organized Rhythm. A pipe organ and percussion duo will bring to life Bach's Jesu, Joy of Man's Desiring and Holst's The Planets on the 2,000-pipe Charles Kegg Organ and a variety of percussion instruments. A $15 donation is asked for this performance but kiddos can get in for only $5.

After church you only have a few hours until Humboldt's premier Talking Heads tribute, Naive Melodies, performs at Humboldt Brews around 8 p.m for $10. The band my take requests, but please, nothing from The Tom Tom Club.

Before heading to Chico, Portland string band/now-rockers Fruition stop by Humboldt Brews in support of their now-four-day-old album Labor of Love. Influenced by "everything from Phil Spector-esque pop to dreamy psychedelia to Motown inspired soul," the band will ask for $15 to help 'em along the way. Steep Ravine will start the show off around 9 p.m.

Andy Powell is a congenital music lover and hosts The Night Show on KWPT 100.3 FM weeknights at 6 p.m. He likes bugs and Camus.