By Sallie Ford & The Sound Outside - Partisan Records 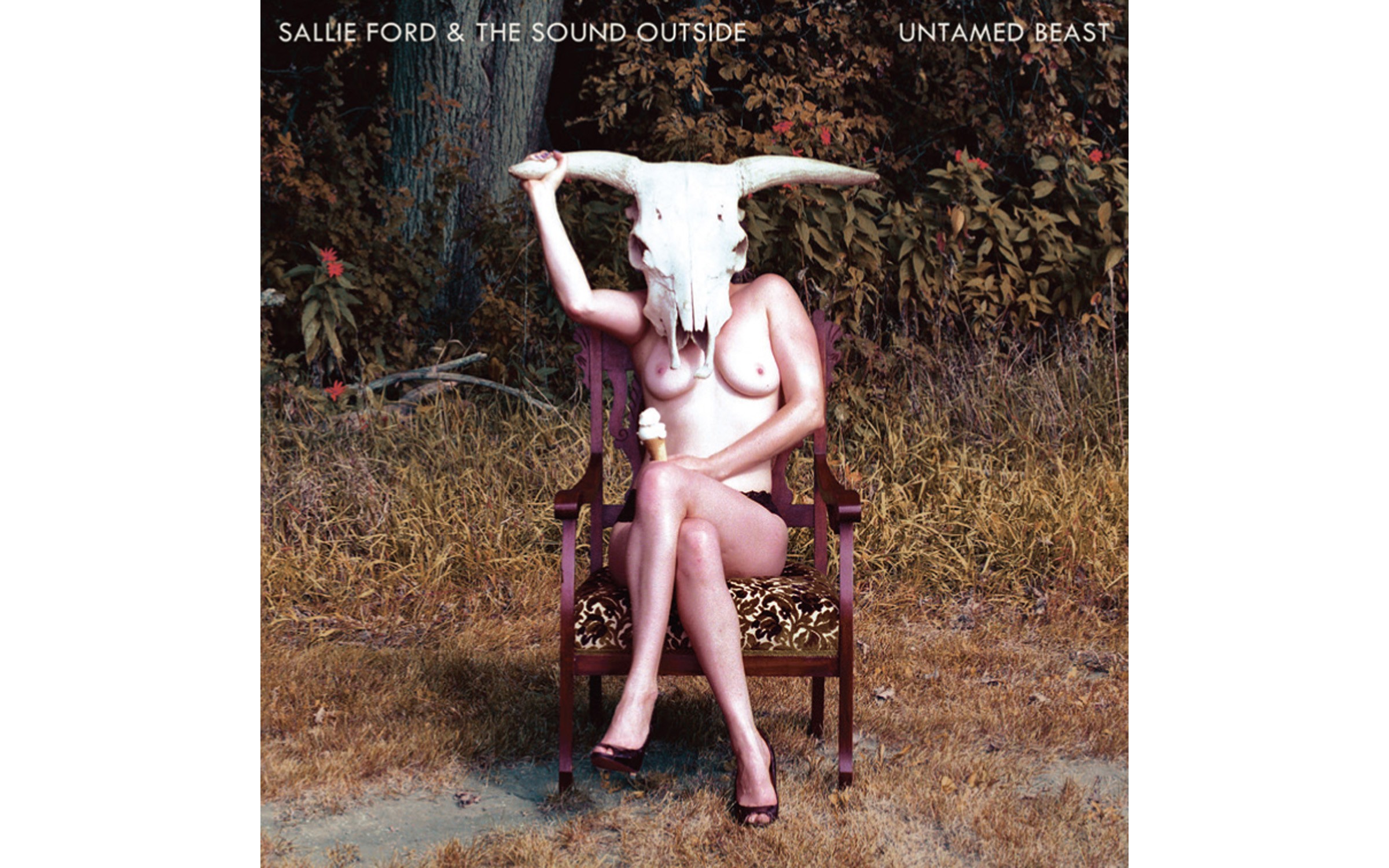 The last time Sallie Ford and her Portland-based band The Sound Outside performed locally (opening for Wanda Jackson at HSU's Depot), I asked Ford about the new material she was recording. "Well," she said, "we've been listening to The Cramps a lot lately." The bespectacled singer-songwriter also professed admiration for Partisan label mate John McCauley, leader of Deer Tick. These two elements play interesting roles in Ford's superb sophomore release, Untamed Beast.

Since the band's 2011 debut, Dirty Radio, The Sound Outside has toured relentlessly. The road-heavy experience provided Ford and company with added muscle and confidence.

Untamed Beast's lead cut "They Told Me" opens with reverb-laden guitar chords setting a heavy, dense and dark tone, while leaning toward the rough-edged, swampy sound of garage-surf rock, reminiscent of, yes, The Cramps. "Never have I had a rational mind; never have I been rational inside," belts Ford with soulful conviction. "Jealousy is an untamed beast, and that untamed beast lives inside of me." It's that "untamed" spirit that Ford seems to channel into her style of rock 'n' roll, injecting the sense of reckless danger and frenzy that once caused parents to worry about their children listening to the stuff.

The blatant barroom rocker "Party Kids," powered by guitarist Jeff Munger's killer lead line, dives head-first, unashamed into a type of machismo, with the roles reversed. "Things are getting crazy in a violent night," sings Ford, addressing her partner. "I know you're getting antsy when you touch my thigh. Honey, I can handle it."

On Dirty Radio, Ford occasionally tapped a raw sexuality to fuel her narratives and execution, the type exuded by ‘50s-era female R&B singers such as Big Mama Thornton. Now, it's proudly bared. The tight rhythm section of drummer Ford Tennis and bassist Tyler Tornfelt lays down a sexy, hypnotic backbeat for "Shivers," allowing Ford to let loose her more soulful side. When she sings, "Won't you give me more shivers, my sweet pea?" her sincere delivery hits its target dead-center.

The production team of Justin Collins and Adam Landry, who recently worked with Deer Tick, captured the dynamic live sound that Ford has cultivated for the past several years. With a kind of swagger that is more closely associated with outfits such as Deer Tick and The Replacements, Untamed Beast shows how a good band can reach a level of confidence while still leaving things a little unhinged, unpredictable and untamed. This "beast" feels anxious to bolt out of the gate.

Note: Sallie Ford & The Sound Outside perform at Humboldt Brews in Arcata on Sunday, March 3.