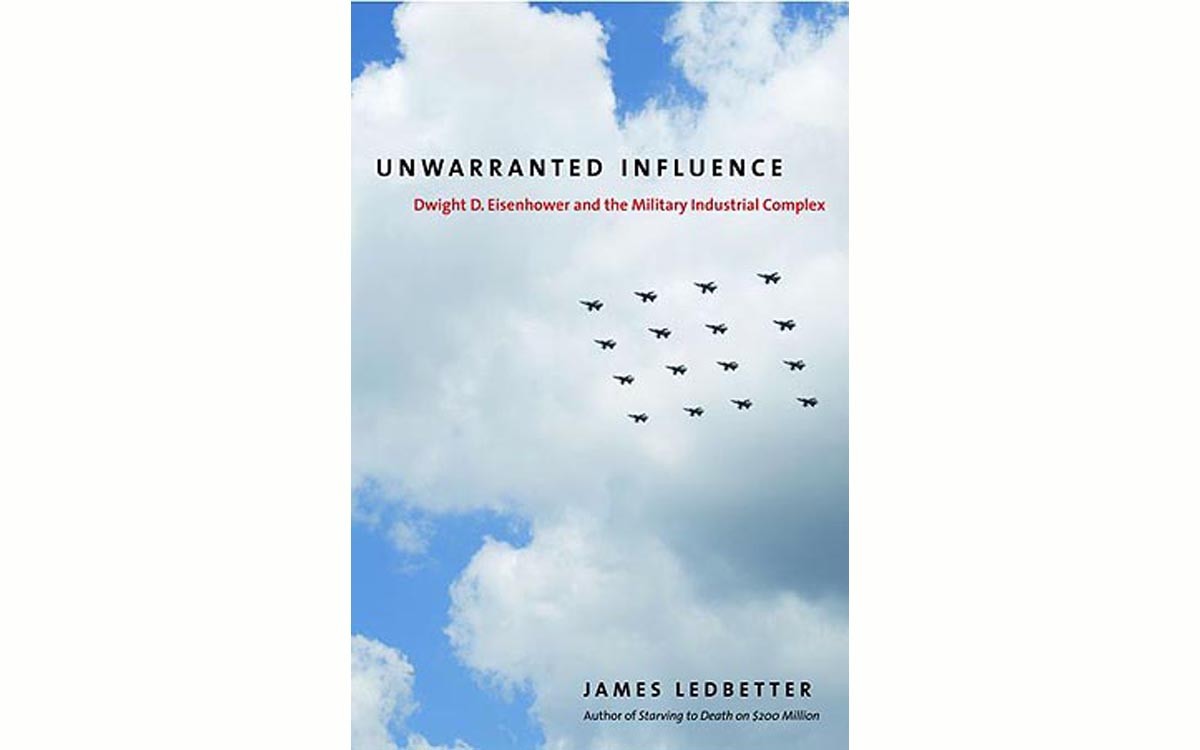 On Jan. 17, 1961, President Dwight D. Eisenhower delivered his final televised address from the Oval Office, notoriously warning, "We must guard against the acquisition of unwarranted influence, whether sought or unsought, by the military-industrial complex." Although his critique was not extensively understood at the time, the term "military-industrial complex," a reference to the mutual dependency between the nation's industrial base and its post WWII military structure, stuck.

Among armchair historians and activists, many of whom have misconstrued the term, it has become a cliché in foreign policy critique. Coinciding with the 50th anniversary of Eisenhower's address, James Ledbetter, editor-in-charge at Reuters.com, examines the intellectual origins of the MIC, including its evolution as well as Eisenhower's time in public service leading up to his farewell speech.

Ledbetter starts by embarking on a brief but engaging assessment of the intellectual theories pertaining to the genesis of the MIC. Comparing the 1930s "merchants of death" thesis, which suggests that arms dealers perpetuate war to maximize profits, to theories of garrison state ambitions and national economic interdependency with our technocratic economy, it becomes clear that the MIC is something not easily described in a phrase.

Early in his career, then-Major Eisenhower learned that price controls were a key provision of industrial mobilization and that increased military demand for imports (rubber, tin, nickel, etc.) would lead to shortages, which could lead to price hikes. When Secretary of War Henry Stimson informed him that the U.S. had developed the atomic bomb prior to its deployment, Eisenhower began to see military weaponry not in a deliberate sense, but in terms of how they affect the overall balance of power. Ledbetter examines these ideological origins and then turns his focus to Eisenhower's presidency and the Cold War.

The most captivating part of the book details the relationship between Eisenhower and peace activist and editor-in-chief of Saturday Review, Norman Cousins. Their correspondence is speculated to be highly influential on Eisenhower's conclusion that the power he helped create could, and very well already had, spread unwarranted influence.

Ledbetter does an adequate job presenting the roots of the MIC and how, although military spending is a smaller percentage of GDP now than it was during the Cold War (70 percent of GDP then compared to 20 percent in 2010), the abundance of spin-off industries from military tech developments (such as GPS and the Internet) make it harder to track its influence. Ostensibly the MIC, now dependent on an all-voluntary force and more extensively based on tech development than factory production, extends further through our globalized economy than Eisenhower could ever have imagined.