This week's Hollywood openings don't completely suck, but Yangtze is the real gem 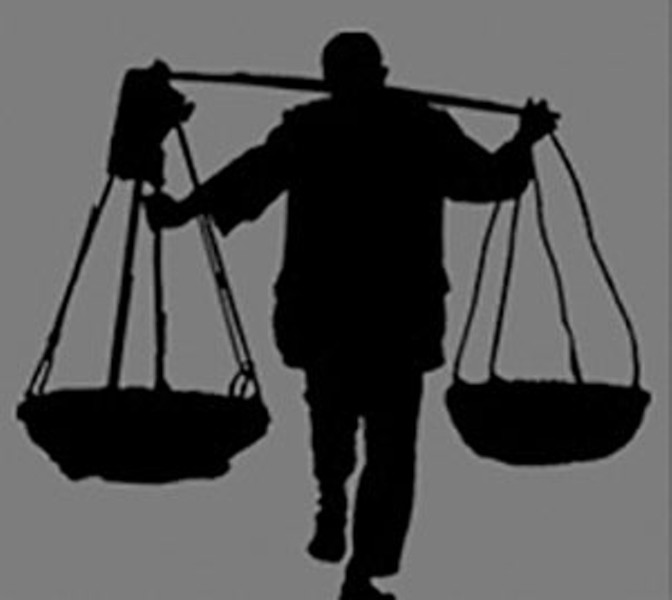 Opening Wednesday, Aug. 20 is The Rocker, a story of a musician kicked out of a fictional ’80s band only to be given a second chance in his nephew’s garage band. Directed by Peter Cattaneo (The Full Monty), the film stars Rainn Wilson (The Office) and Christina Applegate. Do you think the new band will meet the old? Rated PG-13 for drug and sexual references, nudity and language. 102m. At the Broadway, Fortuna and Mill Creek.

Opening Friday is Bottle Shock, a film about an American victory over France that will probably not rate up there with Michael Phelps’ recent Olympic exploits. But in some circles, a small American winery’s victory in 1976 over elite French wineries might rank higher. This film recreates the events leading up to the famous blind tasting near Paris. This is clearly the oenophile’s answer to the underdog sports film. Rated PG-13 for brief strong language, some sexual content and a scene of drug use. 110m. At the Broadway.

In a film remake of the 1981 TV series based on Evelyn Waugh’s novel, Brideshead Revisited, set before World War II, tells the story of Charles Ryder (Matthew Goode) who becomes enmeshed with an aristocratic family. His relationship with first Sebastian (Ben Whishaw) and then Ben’s sister Julia (Hayley Atwell) is meant to symbolize the state of British society at the time. Looks very promising. Rated PG-13 for some sexual content. 133m. At the Broadway.

Starring Jason Statham, Joan Allen, Ian McShane and Tyrese Gibson, Death Race is set in a prison where liberty may come to the winner of a “death race,” but I bet it’s all a fix. Based on the trailers, the film appears to be a sort of homage to extreme sports. Despite the cast, it also appears from the trailers to be one of the year’s worst films. Rated R for strong violence and language. Running time 84 to 105m depending on source. At the Broadway and Mill Creek.

The House Bunny is a comedy about a Playboy Bunny who is ejected from the mansion and becomes a “social advisor” for a sorority. Will they be fast learners? Rated PG-13 for sex-related humor, partial nudity and brief strong language. 97m. At the Broadway, Fortuna and Mill Creek.

Speaking of inspirational underdog sports films, The Longshots stars Ice Cube as a former high school football star who becomes a Pop Warner coach and with the help of Keke Palmer (Akeelah and the Bee) as an 11-year-old star, leads the team into the Pop Warner Super Bowl. Rated PG for some thematic elements, mild language and brief rude humor. 94m. At the Broadway.

Kicking off the second annual WildRivers 101 Film Festival at 7 p.m., Wednesday Aug. 27 at the Eureka Theatre is the locally shot film Humboldt County, which is partly about the county’s favorite cash crop. In attendance will be the film’s directors and producers. Tickets are $10 in advance, $13 at the door, and are available at the Eureka and Arcata Works, Wildhorse Records in Garberville and online at Brownpapertickets.com beginning Aug. 20. For more information, see

TROPIC THUNDER: Director/actor Ben Stiller is not noted for subtle humor, so it is not a surprise to find that Tropic Thunder features non-stop over-the-top comedy. However, perhaps because I have been so disgusted with the majority of the summer commercial films, I found myself enjoying this send up of standard Hollywood genres and the extent actors will go to in order to be noticed.

Indeed, the most amusing part of the film occurs at the very beginning as, without preamble, a series of fake trailers flash on the screen that simulate what viewers normally witness before the feature begins. These include an ad for an energy drink called Booty Sweat and trailers for “Scorcher VI: Global Meltdown” and “The Fatties: Fart 2,” a reference I presume to Eddie Murphy’s Nutty Professor films.

The film’s inexperienced director, Damien Cockburn (Steve Coogan), can’t control his arrogant cast, so the producer Les Grossman (Tom Cruise) threatens to pull the plug. In desperation, Cockburn seizes on a suggestion by Tayback and drops his feuding cast in the middle of a jungle with only a map to a waiting helicopter, fake guns and the film’s scene list. Hidden cameras are supposed to capture the ensuing action.

Unluckily for the actors, they have been left in the middle of a major heroin producing area and the drug makers don’t take kindly to this intrusion. Fans of Stiller and the action comedy genre can readily imagine the ensuing scenes, which skewer all sort of Hollywood excesses including grisly war scenes and actors who play mentally challenged characters in an attempt to gain an Oscar.

The most biting satire is built around Speedman’s portrayal of “Simple Jack,” when Lazarus explains to him all the PC ways an actor can play such a character, skewering Forrest Gump and I Am Sam as he does so. The film itself constantly dispenses with PC and, of course, the primary controversy surrounding the film involves its use of the term “retard” in relation to the Simple Jack character. The fact that a white actor in blackface and a portrayal of a movie producer that blatantly invokes Jewish stereotypes has caused little comment is subject for another Lazarus lecture. Rated R for pervasive language including sexual references, violent content and drug material. 107m. At the Broadway, Mill Creek, Minor and Fortuna.

MIRRORS: In yet another remake of an Asian horror film, Mirrors is based on the 2003 South Korean film Into the Mirror, which I have not seen. French director Alexandre Aja has produced some interesting work in the past, including the bizarre High Tension (a.k.a. Switchblade Romance) and the stylish if gory remake of The Hills Have Eyes in 2006. In his latest outing, he gets a major star in Kiefer Sutherland but I doubt that Mirrors will be counted among his best work, though it invokes some genuine chills.

The film begins with a bit of misdirection as the opening scene seems to promise a splatter film. But that is not what Aja has in mind; rather, the film is more of a mystery story that features the desperate attempt by a former cop (Sutherland as Ben) to discover what forces control images in mirrors before he is destroyed himself along with his family.

Like his character Jack Bauer in 24, Sutherland’s Ben faces multiple challenges. He is battling alcoholism, separation from his wife, Amy (Paula Patton: Swing Vote) and two young children, has taken a job as a security guard for a burned out department store (where all the mirrors trouble begins), and sleeps on the sofa in his sister Angela’s cramped apartment.

It seems that the department store used to be a psychiatric hospital that treated schizophrenia by strapping patients to a chair in a room surrounded by mirrors so they would be confronted with their behavior. No wonder the mirror creatures are so pissed off.

Without giving away the plot, let’s just say that Ben’s investigation leads to his pulling a gun on a nun, and that his final fate might be too much even for Jack Bauer. The film, nicely shot in an unfinished building in Bucharest, is not without virtues, but it could have been much sharper. In particular, the family-in-danger riff has grown stale here and was mostly a distraction from the more interesting parts of the story. Rated R for strong violence, disturbing images, language and brief nudity. 110m. At the Broadway, Mill Creek and Fortuna.

UP THE YANGTZE: I am happy to see a film at the Minor again that is not the same commercial film also playing at the other theatres, and even happier to see a sizeable crowd at the screening of Up the Yangtze that I attended. This very good Canadian documentary, written and directed by Yung Chang in his feature debut, apparently began primarily as a comment on wealthy tourists taking a “farewell tour” up the Yangtze River to see the towns that are due to be flooded when the Three Gorges Dam is scheduled to be completed in 2011. But along the way, this became a documentary about class.

The viewer does indeed see the various groups of well-to-do tourists on the cruise, one of whom tells a crew member that he wasn’t as obtrusive as she expected. But the film spends more time below deck with the ship’s workers than it does with the passengers, and the real throughline for the film involves an impoverished family who lives in a makeshift shack near the river below the dam.

The family scratches out an existence by growing their crops and they send their oldest daughter off to work on the cruise ship. One beautiful shot encapsulates the film’s theme. As the camera focuses on the ship steaming up river, it pulls back to reveal the shack in the foreground and the ship in the background, the ship that we know the daughter is on. When the family has to move toward the end of the film, we see them struggle to remove all their meager possessions as the water grows ever higher. Finally, in a series of lap dissolves, the shack is completely covered by the rising Yangtze. The family will receive no compensation.

The film begins with a saying by Confucius about the three ways to wisdom, the last of which is by experience, the bitterest way. Indeed. Not rated. 93m. At the Minor.

DARK KNIGHT. Batman walks the line between hero and vigilante when he faces the Joker to save Gotham once again. Rated PG-13. 152 m. At the Broadway and Mill Creek.

FLY ME TO THE MOON. First ever 3D animated film follows houseflies that stow away on the Apollo 11 flight to the moon. Rated G. 125 m. At Fortuna.

HANCOCK. Hard-living superhero who has fallen from grace gets help from a public relations pro. Rated PG-13. 93 m. At The Movies.

JOURNEY TO THE CENTER OF THE EARTH. Adaptation of Jules Verne's classic novel packs in comedy, fantasy, action and adventure. Rated PG. 93 m. At The Movies.

MAMA MIA! Film adaptation of musical uses the jams of ’70s supergroup ABBA to tell the story of a bride-to-be searching for her real father. Rated PG-13. 109 m. At the Broadway.

PINEAPPLE EXPRESS.Two dudes in the pot business get wrapped up in some bad juju. Rated R. 112 m. At the Broadway, Mill Creek, the Minor and Fortuna.

SISTERHOOD OF THE TRAVELING PANTS 2. Lifelong friends embark on separate paths for their first year of college and beyond. Rated PG-13. 120 m. At The Movies.

STAR WARS: THE CLONE WARS.Yet another epic Star Wars movie, but this time, the film’s animated. Rated PG. 133 m. At the Broadway, Mill Creek and Fortuna.