By Chelsi Sparti and Chris Villarruel 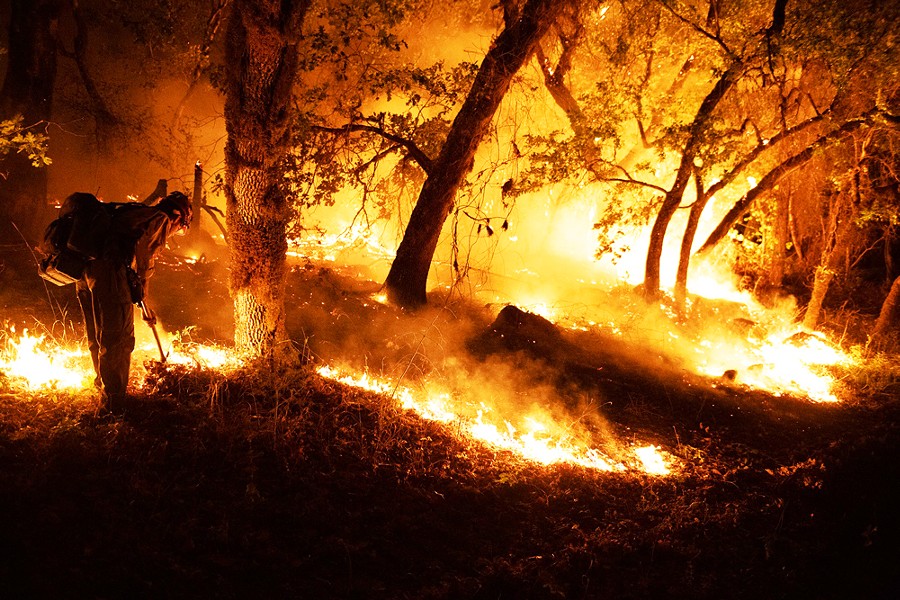 We need a dramatic shift in our efforts to curb wildfires in California.

Instead of reacting to wildfires, we need to utilize the knowledge of Indigenous people on managing the land.

When it comes to fire prevention, the wisdom of Indigenous tribes like the Yurok, Karuk, Hoopa and Wintun is unparalleled. Indigenous knowledge and connection to ecosystems have been passed down through intentional training. Youth learn how to burn low-intensity fires in a specific area through culture. This management results in healthier ecosystems that produce more food, medicines and materials for daily life.

Fire is a cornerstone of the Native way of life. Indigenous people burn to connect with the land, clear plant growth in the understory of forests, release nutrients and seeds, and to enhance the health of the ecosystem. Land treated with fire is an indicator of balance.

Much of this Indigenous knowledge and way of being has been overtaken by contemporary strategies that attempt to manipulate natural cycles at great cost to wildlands and life in California. Instead of reacting to wildfires, we need increased investment in coordinated fire prevention funds for prescribed fire by Indigenous burn experts.

Traditional knowledge from Indigenous people placed on fire teams would complement existing efforts by the California Department of Forestry and Fire Protection, the U.S. Forest Service, Department of Interior and local firefighters.

Thoughtful prescribed burns with low-intensity fire were carried out on the land for thousands of years to keep fire, food and water resources in harmony. But we have lost the practice of deliberate and strategic action to reduce ecosystem harm in fire-prone California.

Three improvements in our approach to wildfires would return balance to our wildlands and reduce disruptions in the electric grid.

Existing techniques to suppress wildfires are no longer sufficient. Yet in recent decades, state regulations have further limited access to burn permits in California, resulting in an increased risk of catastrophic losses of life and property. In August, 41 of the nation's top fire scientists penned a letter advocating for an increase in prescribed fires.

California and federal officials should place Indigenous people in decision-making roles on fire prevention to increase the adoption of a version of prescribed burns that has a whole ecosystem approach. A culturally relevant opportunity for gainful employment near reservations would also provide economic and public health benefits to tribal communities.

The signing of Assembly Bill 642 and Senate Bill 332 by Gov. Gavin Newsom are to be celebrated, but they are only a starting point. This is the time for state officials, Cal Fire and the U.S. Forest Service to augment efforts with the inclusion of Indigenous cultural fire knowledge.

Tribes with fire expertise are spread across California, often in rural and fire-prone regions. Once resourced by state and federal agencies, Indigenous burn teams can be deployed to manage land and help prevent wildfires.

As Californians, we have a few options. We can wait anxiously every year in anticipation of the moment when drought, winds and a utility failure converge to start a wildfire. Or, we can fund people to work in cities, rural areas and the backcountry to systematically burn a network of fire breaks with low-intensity fire to stop the spread of high-intensity megafires.

We cannot afford to continue with the fire management tactics of the recent past. It is time that decision-makers had the political courage to let Indigenous people lead with their knowledge of fire and lands. With that effort, we can restore our relationship with good fire.

Chelsi Sparti (she/her) belongs to the Winnemem, Nomtipom and Nomsus bands of the Wintu Nation. She is a CELI Fellow, Fulbright Scholar and graduate student in the Energy & Resources Group at the University of California, Berkeley.

Chris Villarruel (he/him) is a member of the Ajumawi band of the Pit River Nation. He is an Indigenous forester and forest hydrology student at Humboldt State University. He has mostly worked with the Yurok, Hoopa and Ojibwe tribes in cultural burning, forestry and hydrology. This article was originally published by CalMatters.