Spider-man: Far from Home and Midsommar 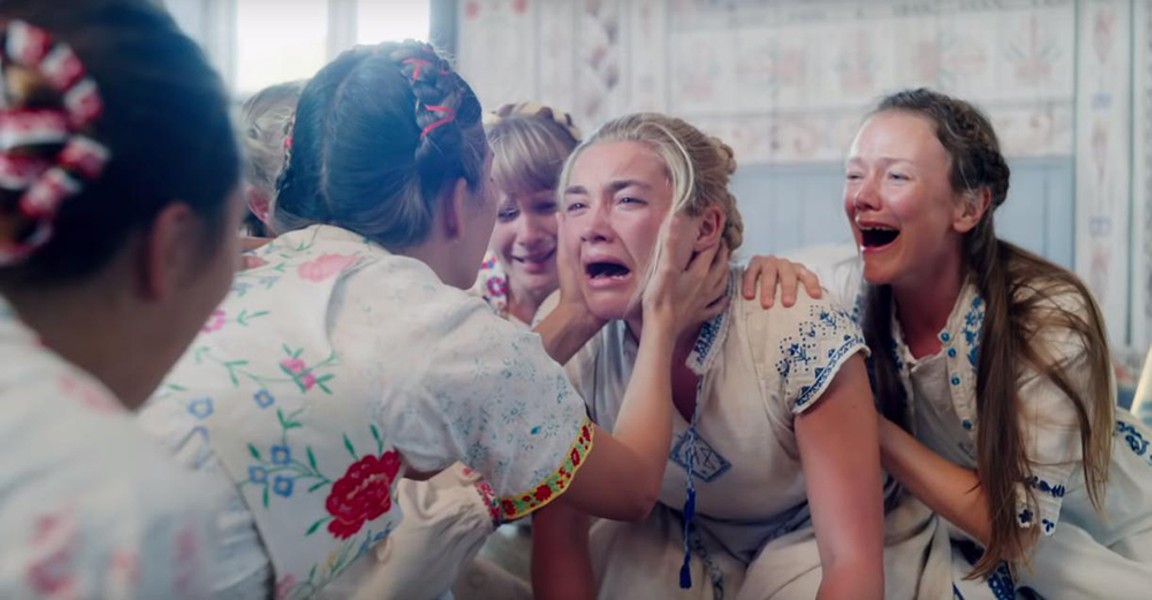 Midsommar Shoutout to everyone spending their vacation days on weddings this summer.

SPIDER-MAN: FAR FROM HOME. Way back in 2017 (time proves elastic, seems to have no real meaning) I was somewhat taken aback by how much I enjoyed the most recent reboot/re-imagining/recycling of the Peter Parker/Spiderman character in Spiderman: Homecoming. Tom Holland seemed the right fit for the part: lithe, boyish, charming but uncertain of himself. Director Jon Watts (who collaborated on the screenplay with far too many writers to list here) embraced the awkward earnestness of the character — and of Holland's portrayal — shading and amplifying it with context and conflict, both within Peter's personal life and Spidey's newly expanded Avenger-verse. Of course, it didn't hurt to have Michael Keaton around as a consummate villain cum class warrior. More to the point, though, Homecoming managed to recapture the angst-become-agency that really defines the appeal and central artistic conceit of comic books. Now more than ever we strive to separate art from artist, but with comics, and Spiderman as perhaps the paramount example, it seems counter-productive: Comic book artists, particularly in the mid-20th century, channeled their rage, fear and frustration at personal injustice and social ills into a form that was accessible to everybody. With Peter Parker they created a reluctant hero, an Everyboy who is just as put upon and confused by the world as they were themselves — as are we all. He, more than almost any other canonical American superhero, acknowledges and confronts the notion that a superhero in a vacuum is meaningless — the shadow side, comprised of humanity, humor and doubt, is what elevates that hero.

Especially faced with the dour portents of all the Avenging going on, Homecoming felt fresh and somehow more honest, self-assured without being cocky. And it had a sense of humor, an ebullient lightness in stark contrast (see what I did there?) to Robert Downey Jr.'s tossed-off, cutting one-liners. (Don't get me wrong, RDJ's the greatest). But all of this was delicately balanced with a sense of gravity, a respect not only for the bigger arcs of the story, but also for the vagaries of figuring out how to grow up.

Since 2017, we've weathered umpteen hours of Avengers and a seachange in the Marvel Cinematic Universe. The less said about that the better and now we have Spiderman: Far From Home, both a pitch-perfect follow-up to the first installment and an antidote to all that other stuff.

Faced with a world irrevocably changed by the events depicted in Avengers: Endgame, Peter Parker could use a vacation. And, it would seem, he shall have one: He is to join his classmates on a school-sponsored European tour of ambiguous purpose. He also has an elaborate plan to make known his feelings for MJ (Zendaya), if he can muster the courage. But, as so often happens, Peter's vacation is effectively derailed by marauding, amorphous monsters that will come to be called Elementals. Nick Fury (Samuel L. Jackson) shows up, of course, to conscript Peter in his efforts, at which point he is introduced to Quentin Beck/Mysterio (Jake Gyllenhaal), a costume hero ostensibly transplanted from an alternate Earth. (No spoiler here, as that may not be the whole story.)

There follows a trans-European clash of escalating proportion, Peter all the while contending with the concealment of his dual-identity and his crush. While Far From Home occasionally succumbs to the too-elaborate CGI fight choreography that has become a Marvel trademark, the movie counterbalances those moments with genuinely clever plotting and emotional nuance of a type unique to this little corner of the MCU. PG13. 149M. BROADWAY, FORTUNA, MILL CREEK, MINOR.

MIDSOMMAR. There will be, in the fullness of time, much to be said and written about this movie and the wider vision and career of writer/director Ari Aster. Circumstances precluded me seeing his debut Hereditary (2018) in the theater. (I'll spare more sensitive readers my editor's colorful comments about my "forcing" her to watch it for review.) And I know enough about that movie, at least in broad strokes, and about my wife's home-viewing preferences not to float it as a possible date-night selection. Not wanting to omit possible stylistic or tonal connections between the two, I had tentatively planned to stream it after a matinee of Midsommar. But then I went to a matinee of Midsommar and, well, it was a lot.

Don't get me wrong — the movie is sumptuous, hypnotic and note-perfect. It is also deeply unsettling and has in it a great number of images that cannot be unseen. It challenges both viewer and genre convention, making us laugh and cringe against our will, while standing astride horror, black comedy and melodrama, to name but a few.

Devastated by tragedy, Dani (Florence Pugh) accepts her boyfriend Christian's (Jack Reynor) rather half-hearted invitation to join him and his anthropology grad-student buddies on a trip to Sweden. They accompany their friend Pelle (Vilhelm Blomgren) on a trip home to the rural commune where he was raised, to observe and potentially document the rather unique events of the Midsommar festival there.

Any "vacation" that commences with a mushroom trip among strangers is ill-fated, if you ask me, and Midsommar is no exception. The Americans' experience fades quickly into a horrific fever-dream, a constantly throbbing questioning of what is real, a shrugging off of formerly accepted truths. And then it really gets weird.

By way of a disclaimer, this is a two-hour-and-20-minute meat grinder of airway-restricting psychedelia that escalates rapidly to graphic violence and sex. But it is simultaneously one of the most impressive movies in recent memory, a remarkable achievement of style and storytelling that is, in its dark way, as bleakly funny as it is chillingly well-observed. R. 140M. BROADWAY, FORTUNA, MINOR.

CRAWL. A woman (Kaya Scoldelario) attempting to rescue her dad in a hurricane/flood is beset by alligators which is only, like, the fifth worst thing that can happen to you in Florida. R. 87M. BROADWAY, FORTUNA, MILL CREEK.

THE LAST BLACK MAN IN SAN FRANCISCO. Drama about a young man (Jimmy Fails) who tries, with his best friend (Jonathan Majors) to get back the family home his grandfather (Danny Glover) built. R. 120M. MINOR.

STUBER. An Uber driver (Kumail Nanjiani) is dragged into the pursuit of a killer by a cop (Dave Bautista) in case you needed more proof that the gig economy is the worst. R. 94M. BROADWAY, FORTUNA, MILL CREEK.

AVENGERS: ENDGAME. Back with additional scenes that won't make the time travel any easier to figure out. PG13. 188M. BROADWAY, FORTUNA.

SECRET LIFE OF PETS 2. This sequel lacks the charm, inventiveness and sweetness of the original, despite a strong cast that includes Patton Oswalt, Jenny Slate, Kevin Hart and Harrison Ford. PG. 86M. BROADWAY.