It's time to put down that vape pen. Seriously. 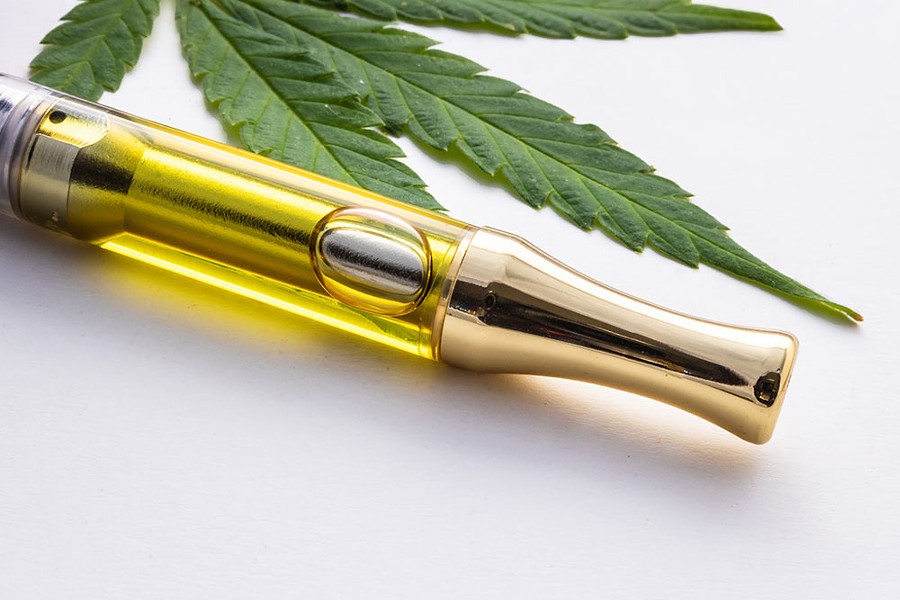 Shortly before the Journal went to press Sept. 10, news broke that the nation had recorded its sixth death from a mysterious outbreak of lung disease related to vaping or e-cigarette use that has resulted in at least 450 cases spread across 33 states. The rash of illnesses and hospitalizations have vexed health officials and the U.S. Food and Drug Administration and Centers for Disease Control have now launched a full-scale investigation.

Those who have fallen ill have reported using either e-cigarettes, cannabis vaping cartridges or both in the weeks or days prior to the onset of symptoms, spurring increasing doubt that the practice of inhaling steam loaded with compounds and chemicals should be considered a "healthier" alternative to smoking.

The California Department of Public Health is investigating approximately 60 cases of acute lung disease related to vaping, saying most involve patients who had recently vaped cannabis products. Some of those products were purchased on the illicit market, according to the department, and it remains unclear if any of the illnesses have been linked to licensed products purchased from a licensed dispensary.

It's also still unclear what's causing the lung illness but its sudden onset and symptoms — coughing, fatigue and shortness of breath — has investigators focusing on possible contaminants. The New York Department of Health reported last week that most of the illicit THC cartridges tested as a part of its investigation came back positive for vitamin E acetate, a compound frequently used in skin creams and supplements that they believe some companies are using as a cutting agent for THC oil. As a part of its investigation, the department has now subpoenaed records from three companies identified as selling "thickening agents" to unlicensed vaping product companies. One of those companies — Honey Cut, which sells Honey Cut Diluting Agent — is based in Santa Monica and reportedly pulled its website offline after news of the subpoenas broke.

Following up on New York's lead, the FDA tested product samples collected from ill patients throughout the United States and confirmed the presence of vitamin E in many, but the agency has also said it's too early in its investigation to determine whether the substance is responsible for the outbreak of lung illness.

"No one substance, including vitamin E acetate, has been identified in all of the samples tested," an FDA spokesperson told Rolling Stone. "Importantly, identifying any compounds that are present in the samples will be one piece of the puzzle but will not necessarily answer questions about causality."

Using products to dilute or cut cannabis extracts is widespread and, according to the Rolling Stone article, vitamin E became popular in some circles because it is thicker than other agents, making the cannabis extracts more viscous, a trait some consumers erroneously link to potency. But when heated and ingested, vitamin E can cause fat particles to be lodged in the lungs, a condition known as lipoid pneumonitis, which causes chest pain, difficult breathing and coughing. Vitamin E acetate suppliers, according to Rolling Stone, warn users to keep the substance away from heat sources and not to ingest it or breath its gas, fumes or vapor.

Vitamin E acetate is not one of the litany of substances the state of California requires cannabis products to be tested for so there's no assurance cannabis cartridges sold in licensed dispensaries are safe.

A pair of pulmonologists consulted by the Journal said it's likely going to be some time before health officials identify a definitive cause of the spate of lung illnesses and a means to root it out of the supply chain. At this point, they said there is simply a definitive link between vaping either nicotine or THC and the illness. The only safe option, they said, is to stop vaping until more is known.

"Avoid them — no vaping," one of the doctors, who was not authorized by his hospital to speak to the media, urged. "Honestly, just go with edibles."